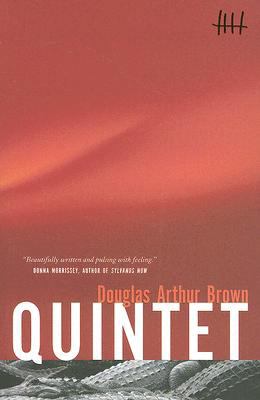 Nova Scotians are die-hard optimists when it comes to spring. As soon as the temperature begins to climb I look out the window and see shorts, sandals, and yes, frosty breath. However today is different. Today they promise us 26 degrees. Perfect temperature to sit on the wall in front of the library on Spring Garden Road and have that first order of fries from the chip wagon. Perfect time as well to start thinking about traveling to and around our beautiful province. To get yourself into the mood, consider some home grown fiction set on beloved Cape Breton Island.

Cibou by Susan Young de Biagi takes us way back in time to the 17th century and the relationship between a young Mi’kmaq woman and Jesuit missionary, an actual historical figure who was stationed in Cape Breton. Here you will see the initial meeting and clash of these two cultures at the very beginning of the formation of our province.

Quintet by Douglas Arthur Brown. Island cultures have a way of drawing people home that is different from other less geographically defined areas. Such is the case for Rory, Adrian and Cameron, identical triplets, who had drifted apart and then return to Cape Breton for their parents’ funeral.

Ava Comes Home by Lesley Crewe. Again, the return home. Ava Harris is the local girl who made good in Hollywood. Back home in Glace Bay, where she was Libby MacKinnon, the secrets which made her run away are still there. Called home for a family emergency, Ava is determined to keep those secrets in their rightful place.

North of Smokey by David Doucette. Set in the Depression era, a Cape Breton family wrestles a subsistence living from the land and the sea. Frank, the youngest in the family, must struggle to keep up with the rest.

Lauchlin of the Bad Heart by D.R. MacDonald. To stay or to go? Lauchlin MacLean could have had the opportunity to develop his boxing skills and move away from Cape Breton. Instead he chose familiarity, family and roots, but has been plagued by what could have been.

Stone onTheir Cairn: clach air an carn: a Cape Breton Saga by Kevin S. MacLeod. A beautiful attempt to document a rapidly disappearing way of life on Cape Breton. Side by side in Gaelic and English, this is the fictional town of Loch Dubh at the turn of the last century.

Back Roads of Membertou County by Alfred Silver. A mystery novel. Reluctant amateur detective and charwoman Bonnie Marsden is drawn into dangerous circumstances when her husband, a jack of all trades, does work for some folks on the wrong side of the law. 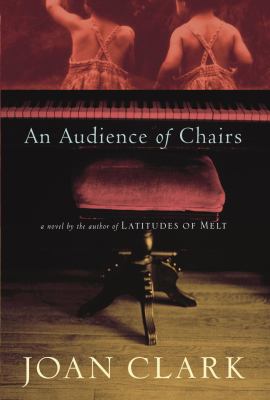 Interpreter of Silences by Jean McNeil. A woman relives her early memories of growing up on Cape Breton and of her mother’s death when she returns to care for her ailing father.

Audience of Chairs by Joan Clark. A sad, yet somehow funny story. Moranna MacKenzie, a Cape Breton woman living an isolated life, struggles with mental illness and mourns the loss of her daughters taken from her decades ago.

The Neighbours Are Watching: An Extraordinary Entertainment by A.A. MacKenzie. Cape Bretoners are known for their wit and their distinctive take on life. MacKenzie’s short stories give a picture of rural Cape Breton life that only an observant insider can deliver.

A Forest for Calum by Frank MacDonald. Roddie Gillies is being raised by his Gaelic speaking grandfather. The contrast between the young boy and his grandfather and his aging friends shows a world that has drastically changed.