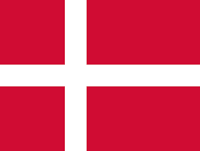 This installment of Read Your Way Around the World is taking us to Denmark.
Given all the attention surrounding the upcoming UN Climate Summit in Copenhagen, I thought it timely to focus on the Kingdom of Denmark
Denmark is well known as the birthplace of famous author Hans Christian Andersen and renowned philosopher Søren Kierkeregard, as well as that of famed explorer Knud Rasmussen. Denmark is also recognized for the huge role of the Danes in the resistance during World War II, which still informs much of modern literature about Denmark.
But contemporary Denmark also has it’s fair share of talented writers, several of whom are featured below:
Fiction:
The Quiet Girl, by Peter Høeg

“In this labyrinthine, intellectual thriller, Høeg focuses on the nature of sound, and in particular the music of Bach. In a near future where an earthquake and resulting flood have submerged a portion of the city of Copenhagen, Kasper Krone, a world-famous clown and passionate Bach fan, is about to be deported for not paying his taxes. But an official in a secret government agency known as Department H offers to make the charges disappear if Krone will help them locate a young girl, KlaraMaria, who was once his student and shares his peculiar psychic abilities. The blend of science, erudition and slow revelations could only have been written by Høeg, and will appeal to his many fans and other readers with a taste for the literary offbeat.” Publisher’s Weekly
Doghead, by Morten Ramsland
(Danish Golden Laurel prize winner.)

“In his first novel to be translated into English (it won the Danish Best Novel award), Ramsland masterfully captures a zigzagging litany of recollections across generations and the cold North Sea, revealing the family’s true fortune: survival in the space between deep dysfunction and enduring love.” Publisher’s weekly
” Danish author Ramsland’s first book to be published in English is so entertaining readers will want to devour it in a sitting or two. Enthusiastically recommended for public libraries.” Library Journal
The Jade Cat, by Suzanne Brogger

“Brogger’s lively and insightful novel chronicles the fates of the Jewish Lovin family as they endure the tragicomic events of the 20th century and adhere to patriarch Max’s injunction: “Thou shalt be a personality.” Forging an identity, however, becomes complicated when the family is torn apart by war and forced to abandon its religious identity and nationality. … Brogger offers readers a powerful, personal account of rapidly changing times through the lens of a family whose comedies, tragedies and absurdities are magnified by historical context and whose contemporary descendants provide a glimpse of a more hopeful future“. Publisher’s Weekly
The Exception : a novel, by Christian Jungersen
(Danish Golden Laurel prize winner.)

“The slow burn of office politics can be just as riveting as international intrigue, as shown in Jungersen’s second novel, his first to be translated into English. Iben, Malene and Camilla work in Copenhagen for the Danish Center for Information on Genocide. Even before Iben and Malene receive death threats with Nazi overtones, the three friends had been ostracizing the new librarian, Anne-Lise. Though evidence suggests Serbian war criminal Mirko Zigic has been sending the death threats, the paranoia and fear of the three friends converge to make Anne-Lise the target of rising suspicion. Victimizing is part of human nature, Anne-Lise’s doctor tells her when she seeks advice, and the novel hauntingly pursues this idea to its deepest implications. Can people fighting genocide display the same traits as war criminals? What does it mean to be evil? Jungersen (Thickets) explores these questions and others on a very personal level. A complex understanding of people turns what could have been pace-slowing conversations and reproductions of essays on genocide into fuel for a sometimes cruel but always intense page-turner.” Publisher’s Weekly
Some Non-Fiction to also consider:
Hans Christian Andersen : the life of a storyteller, by Jackie Wullschlager. 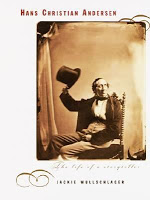 “Writing with a scholar’s authority, a critic’s perspicacity, a fan’s enthusiasm, and an artist’s skill, Wullschlager argues that Andersen’s many neuroses and his bisexuality, which drove him repeatedly to simultaneously court a man and a woman, often brother and sister, influenced his stories as much as his rags-to-riches success. Fascinating is too mild a word for this gripping biography” – Booklist
The Journals of Knud Rasmussen (DVD), directed by Zacharias Kunuk

“January 1922. With powerful forces of a new century pressing in around them, Danish explorer and scientist KnudRasmussen visits the isolated camp of the great Iglulik shaman, Aua. For Rasmussen and his protégé, the young anthropologist Therkel Mathiassen, arriving at Aua’s family camp is like falling into Paradise, an arctic Garden of Eden with an intoxicating mix of spiritual and physical vitality, joyful intelligence and exuberant generosity. What the Danes don’t realize is Aua’s temporary fortress of beauty and tranquility stands surrounded by the steamroller of the twentieth century – the introduction of Inuit-language Christian bibles, increasing dependence on foreign trade goods and the first police investigation of a murder of a white man – and that nomadic Inuit can’t stay in one place even if there’s nowhere safe to go.“
The Danish play : a true tale of resistance : a play (based on the life and poetry of Agnete Ottosen), by Sonja Mills

A Canadian playwright’s tribute to her Danish Great aunt, Agnete Olsen, who lived and fought in Nazi occupied Denmark.
“The understated artistry of the Danish play sneaks up on you very slowly…by the time the evening is through, it has emerged as the deft and subtle account of a story set in Nazi-occupied Denmark that only blossoms into true tragedy years after the enemy has been defeated.” —Kate Taylor, Globe and Mail

Read Your Way Around the World - Denmark
https://haligonia.ca/read-your-way-around-the-world-denmark-9347/