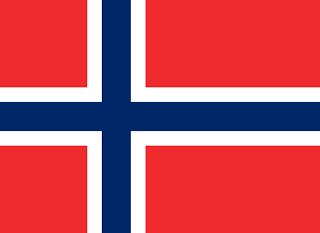 Today’s Read Your Way Around the World feature is taking us to the land of the Vikings, and of my paternal ancestors, The Kingdom of Norway.

Norway has a long and rich literary tradition, beginning with Eddic poetry of the 12th century. More modern times have seen three Norwegian authors awarded the Nobel Prize in Literature: Bjorndtjerne Bjornson in 1903, Knut Hamsun in 1920 and Sigrid Undset in 1928.
Interesting, Norway is now home to some the world’s best crime fiction authors, such as Jo Nesbo, Karin Fossum and Anne Holt.
Listed below are but a few examples of the what is available for fans of Norwegian literature: 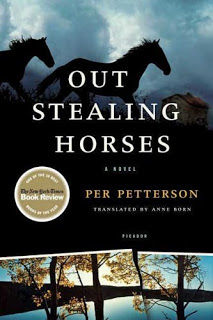 Fiction:
Out Stealing Horses, by Per Petterson
The winner of the 2007 International IMPAC Dublin Literary Award, as well as a NY Times Best Book, Out Stealing Horses is a literary masterpiece. The combination of a strong storyline, evocative writing and near perfect pacing, creates a wonderful reading experience.

The Devil’s Star, by Jo Nesbo
An great example of the strong crime fiction tradition in Norway. Nesbo has created a gritty hard nosed detective, Harry Hole, who works the dark streets of Oslo. A fast paced adventure, pitting the smarts of Harry against the increasing desperation of failed assassin.

The Indian Bride, by Karin Fossum
Another example of great crime fiction. Fossum combines great storytelling and psychological insights with wonderful results. I think the following PW reviewer summed it up rather nicely: “With a skill few can equal, Fossum deftly paints the provincial inhabitants of Elvestad, coupling those poignant word portraits with a whodunit and an insightful but fallible detective. The ending is not one most readers will expect, but it perfectly suits the tale of sad, little lives and the tragic consequences of chance.”- Pubilsher’s Weekly

The best known work by the 1920 Nobel Prize in Literature winner. Hunger was originally published in 189o, telling the intense story of a starving writer. Loosely based on Hamsun own life, it delves deeply in to the psychology of self esteem and social rage. Of the three major translations, this one by Sveere Lyngstad is considered by many to be the best.
Non-fiction:

Report from no. 24, by Gunnar Sonsteby
An incredible recounting of Sonsteby’s time as a Norwegian Resistance fighter. Sonsteby’s achievements are legendary and certainly make for fascinating reading. His acts of sabotage were daring and devastating to the Nazis. Being among the Gestapo’s most wanted, he also became a master of disguise, continually outwitting his enemies. 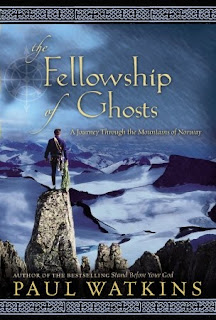 The Fellowship of Ghosts: a journey through the mountains of Norway, by Paul Watkins
Norway’s landscape is staggeringly beautiful, but also harsh and unforgiving. Join adventurer Paul Watkins as he shares his insights and thoughts, and the challenges faced, while travelling solo through the majestic mountains of Norway. “An engaging and reflective memoir, The Fellowship of Ghosts captures the profound connection between the Norwegian landscape and the myths, peoples, and dreams that it inspires.” – publisher

Read Your Way Around the World - Norway
https://haligonia.ca/read-your-way-around-the-world-norway-6800/