July 19-26 is Pride Week in Halifax this year. With all the celebrating happening around the city, we thought we’d join in the party by highlighting a few great titles – new and old – from our GLBTQ collections. 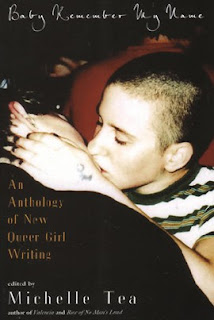 Beyond (Straight & Gay) Marriage: Valuing All Families Under the Law by Nancy Polikoff — first book by a US lawyer who has spent her career working toward resolution in gay and lesbian legal issues. Nominated for a Lambda literary award this year, Polikoff looks at a timely subject in a book which Publishers Weekly said “deftly argues that the law’s narrow definitions of family and marriage no longer work in today’s society—not just for the LGBT community but the country at large.”

Death in Venice by Thomas Mann: an aging artist on vacation in Venice sees and becomes obsessed with a young boy. A classic by the German author Mann that explores sexuality and art and which sits atop the Publishing Triangle’s list of the 100 best lesbian and gay novels. 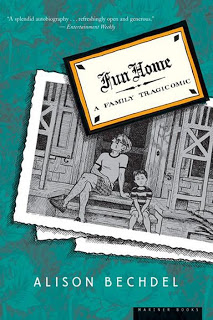 Fun Home: a Family Tragicomic by Alison Bechdel: released in 2006 to critical and popular acclaim, the graphic novel/memoir relates Bechdel’s quirky and sometimes dark childhood and family life, including her father’s homosexuality and her own coming out. Thoughtful and touching, the book has been praised both for its visuals and its writing, made numerous 2006 “best of” lists and has been feted by everyone from Entertainment Weekly to the National Book Critics Circle.

Inside Out: Straight Talk from a Gay Jock by Mark Tewksbury: Canadian Olympic swimmer Tewksbury’s memoir that looks at his experiences coming out in the limelight of the sports world.

Michael Tolliver Lives by Amistead Maupin: The author of the popular Tales of the City series revisits his most famous character in a recent title. “Having survived the plague that took so many of his friends and lovers, Michael has learned to embrace the random pleasures of life, the tender alliances that sustain him in the hardest of times. Michael Tolliver Lives follows its protagonist as he finds love with a younger man, attends to his dying fundamentalist mother in Florida, and finally reaffirms his allegiance to a wise octogenarian who was once his landlady.” (publisher’s description) 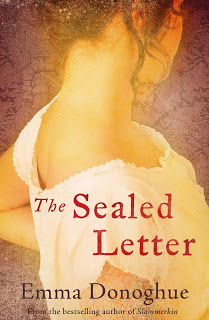 The Sealed Letter by Emma Donaghue: co-winner of the Lambda Literary award for fiction this year (which All the Pretty Girls by Chandra Major), this historical novel looks at the lives, loves, and scandals of two Victorian British women.

In addition to our books – we’ve got a few programs happening in celebration of Pride Week.

Thursday July 23 – 7PM at the North Branch Library: Reading OUT Loud. Now in it’s 7th Year, this annual Pride Week program is a highlight of the summer. Community members present thoughtful, brash, painful, funny, titillating and honest passages from works of lesbian, gay, bisexual, transgender and queer literature and share their stories on why the writings resonate with them. Past years’ have featured readings from humourist David Sedaris, James Baldwin’s classic novel Giovanni’s Room, the novels of Leslie Feinberg, the writings of performance group Taste This and many more. The program is co-sponsored with local store Venus Envy.

Also during Pride Week, check out the noon Tuesday to Friday at the Spring Garden Road Branch.