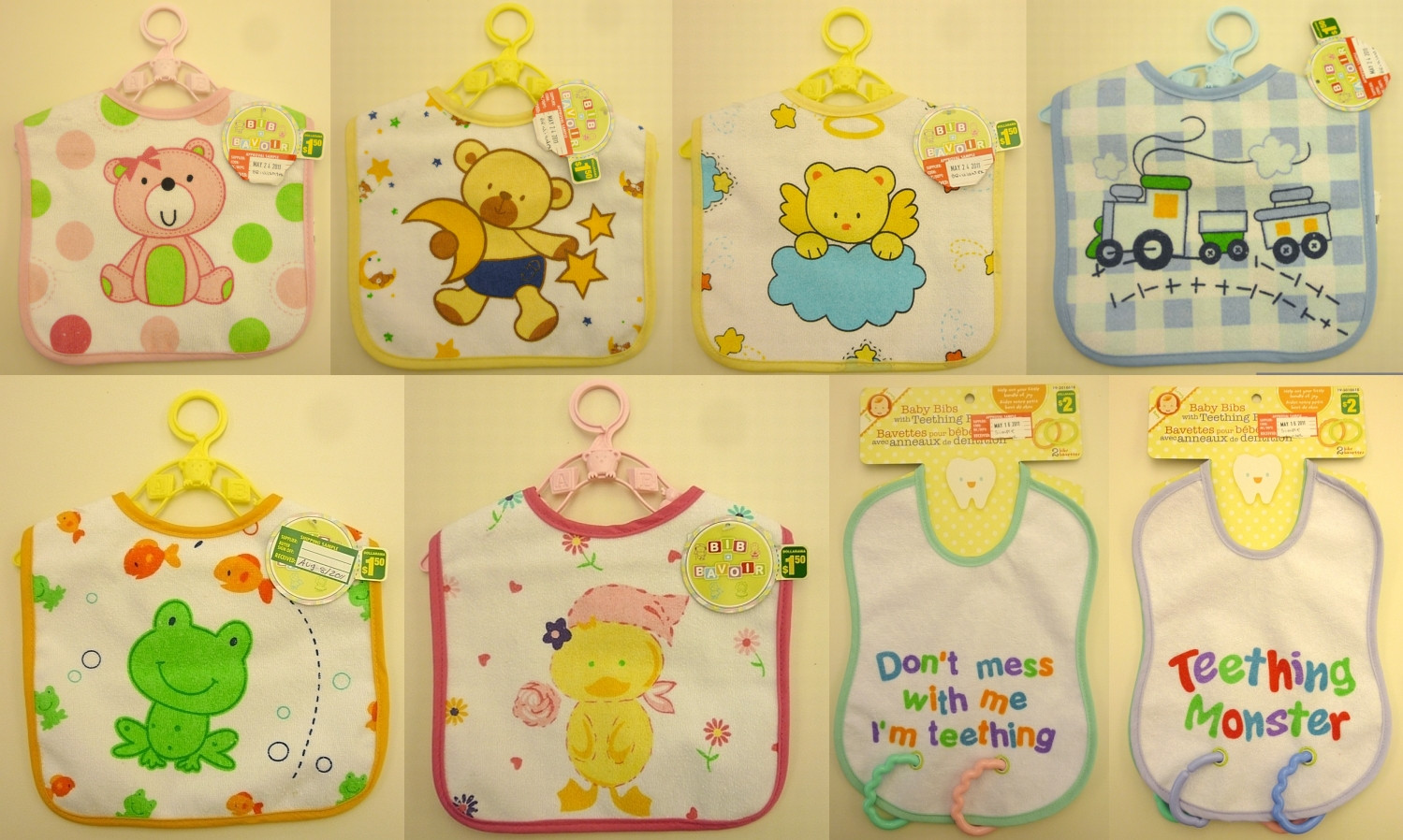 Dollarama is voluntarily recalling bibs sold from July 2011 and August 2011 to January 2012.

Health Canada's sampling and evaluation program has revealed that the bibs' lining contains a phthalate, specifically DEHP (Di(2-ethylhexyl) Phthalate), which exceeds the allowable limit.
Studies suggest that certain phthalates, including DEHP, may cause reproductive and developmental abnormalities in young children when soft vinyl products containing phthalates are sucked or chewed for extended periods.
Approximately 111,000 of the recalled bibs were sold in Canada.
For more details and specific product numbers this recall covers, visit Health Canada's site, here.