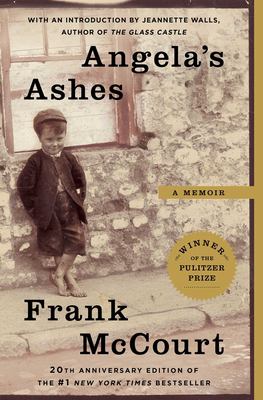 Irish writer Frank McCourt (Angela’s Ashes, ‘Tis, Teacher Man) passed away on July 19th. McCourt achieved fame in his 60’s with the publication of Angela’s Ashes, an account of his hardscrabble childhood in Limerick. For his efforts he won the Pulitzer prize in 1997 and was Oprah approved. His was the first of many so-called “misery memoirs” and was not without controversy. Some who claimed to know his as a child denied his childhood was as desperate as he portrayed. His mother stood up at his stage show to denounce it all as a pack of lies. It’s all perspective, I guess. Before he achieved literary fame, he was a teacher amongst disadvantaged students in New York, using many of the stories from Angela’s Ashes to inspire and challenge his students. Despite the controversy, millions enjoyed McCourt’s memoirs.

Roddy Doyle wrote a fictional account of childhood in Dublin in Paddy Clarke Ha Ha Ha. Poor Paddy was not as desperately hungry as McCourt but did have his own portion of misery told in a similar humorous style.
Angela’s Ashes is often compared to Twopence to Cross the Mersey by Helen Forrester. Forrester, up until 12 years of age was brought up in affluence. The family lost all and was reduced to poverty-filled life in Liverpool.
On the other side of the Atlantic we have Liar’s Club by Mary Karr. Again a desperate tale made bearable by humour. Karr the daughter of abusive, alcoholic and mentally ill parents grew into a tough and spirited young woman who was able to look back on her childhood without animosity.