Crispy Cristy didn’t last long on Barrington but I hear that someone else has already leased it.

I Love Pho coming to the Bedford Highway across from Clearwater.

Cineplex to discontinue Free Refills on Large Popcorn and Pop in April probably April 24th as that is the day that all Empire branded gift cards, coupons, etc expire. 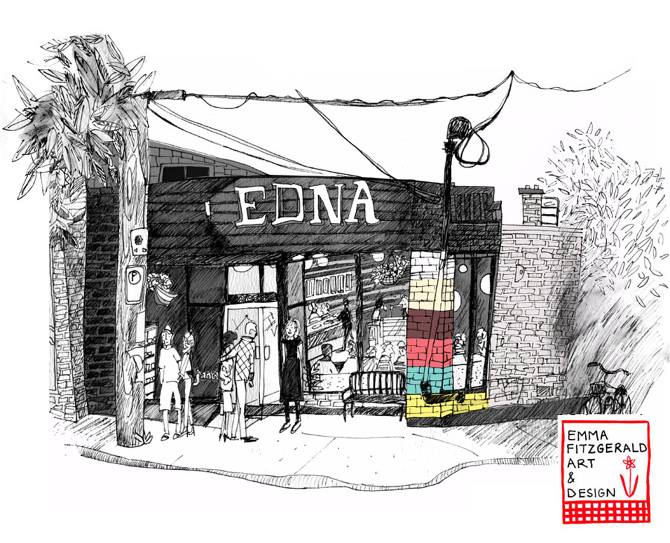 I love art of the City and I am enjoying http://emmafitzgerald.ca/ particularly the Business one s like this one of EDNA

The Coldstone’s were removed from Tim Hortons.

The Canteen opened above Two if by Sea on Ochterloney , Bread and fillings from scratch I can get behind that,and early reviews are quite positive.