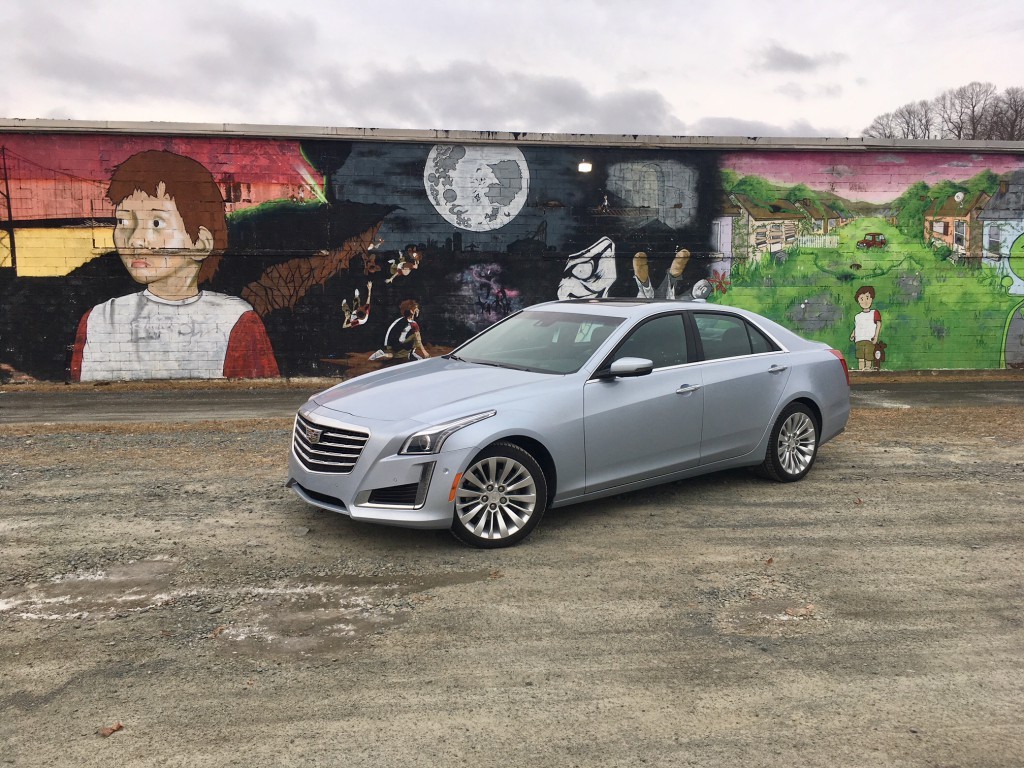 Auto manufacturers must have a love-hate relationship with automotive writers and journalists. We’re a tricky lot, but if we do our jobs properly, we can hopefully provide the best possible advice to consumers all while pointing out to the manufacturer what they need to improve on.

For decades, we’ve been telling American brands that in order to be competitive, you need to be at least on par with the product coming out or Asia and Europe. Re-badging, lower quality materials and simply dumping an engine with a large displacement into a vehicle without altering any of the other components of the vehicle does not work. And we were right. Eventually, the American brands admitted that as well.

Cadillac was one of those brands. Typically known as something you would only buy as a retirement gift to yourself, GM realized that having a more seasoned demographic isn’t as lucrative as you might think. So, in order to get younger buyers into the showroom, they took a look at what zee Germans, known for brand prestige, high performance, luxury and exclusivity, were doing that made them so successful. 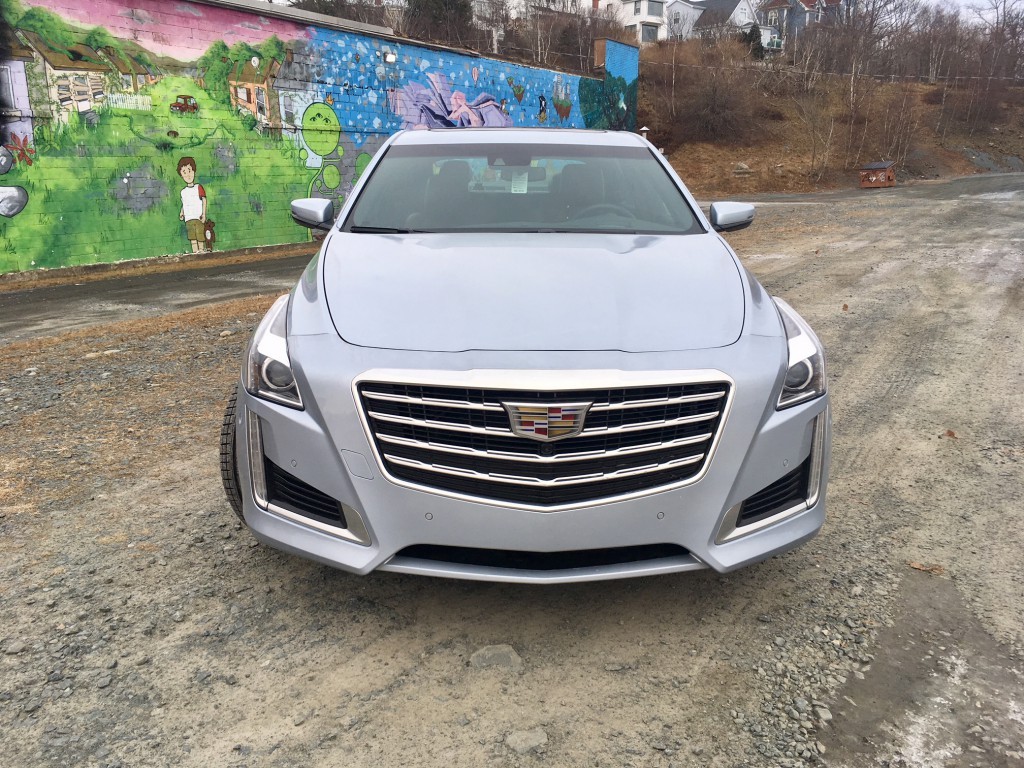 The CTS was one of the products that came out of this smart move, collecting high praise from experts and critics alike. They even threw us sensible yet performance orientated nuts a bone by making a high performance version of the CTS called the CTS-V and even once offered it as a wagon with a manual transmission. Nice!

Cadillac saw its reputation sore. The CTS and other models were bringing legitimate competition to zee Germans, sometimes even beating them in comparison tests. Cadillac was riding high.

Today, I’m not sure the same can be said. The issue now is that the market has once again shifted (as it tends to do). Now the real money is within SUVs and crossovers. Cars are about as desirable as Lupus, let alone large performance sedans like the CTS. And of Cadillac’s current six vehicle lineup, four are cars. That’s a problem. 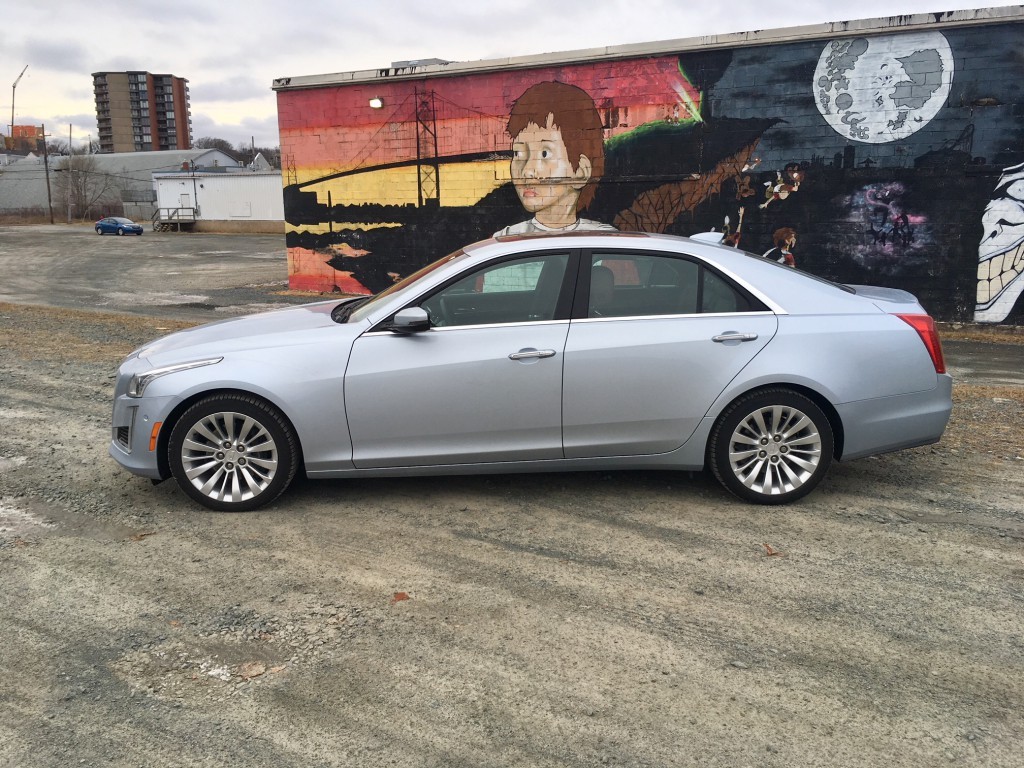 Even more of a problem is the fact that the CTS is also a bit long in the tooth. The good news is it doesn’t really look it. In fact, matched with my tester’s silver moonlight metallic paint, the CTS still demanded attention from passersby. To this day I have always maintained that the CTS was the best looking model in Cadillac’s lineup. And while the CT6 looks great, I still think there’s something about the CTS’s sleek front end which manages to take a more curvaceous approach to Cadillac’s art and science design language. The short overhangs at the front work well as do the on-brand vertical tail lights. The wheel design is not my cup of tea, but in general this vehicle still is striking to look at. 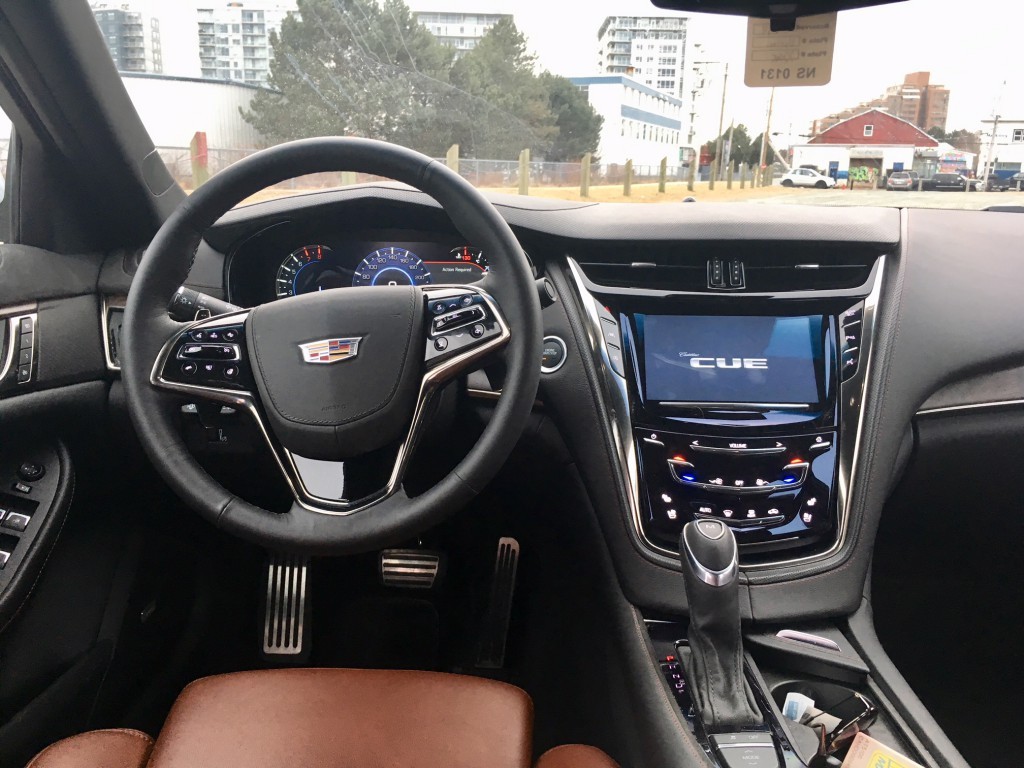 The same could likely be said for the interior as well. As you’d expect from a Cadillac, quality of materials are comfortable and high quality and the cabin design is generally fairly opulent. I’m still not a fan of the capacitive touch buttons – they are still finicky and only work when they want to, but overall it’s a very nice place to be. It’s little things that remind you, you’ve worked hard to be driving such a vehicle. It’s the feel of the gear lever when yanked. It’s the feel of the steering wheel itself (which features a spot-on heated steering wheel), it’s the cubby hole hidden behind the centre stack and the automatic cover for the cupholders (though it can certainly be debated as to whether or not the latter is at all necessary in the first place). The big news for 2018 is a revamped Cadillac User Experience (CUE) system, which is a huge step forward from the last CUE system. It now responds to commands more often than not, and it has a more logical screen layout. 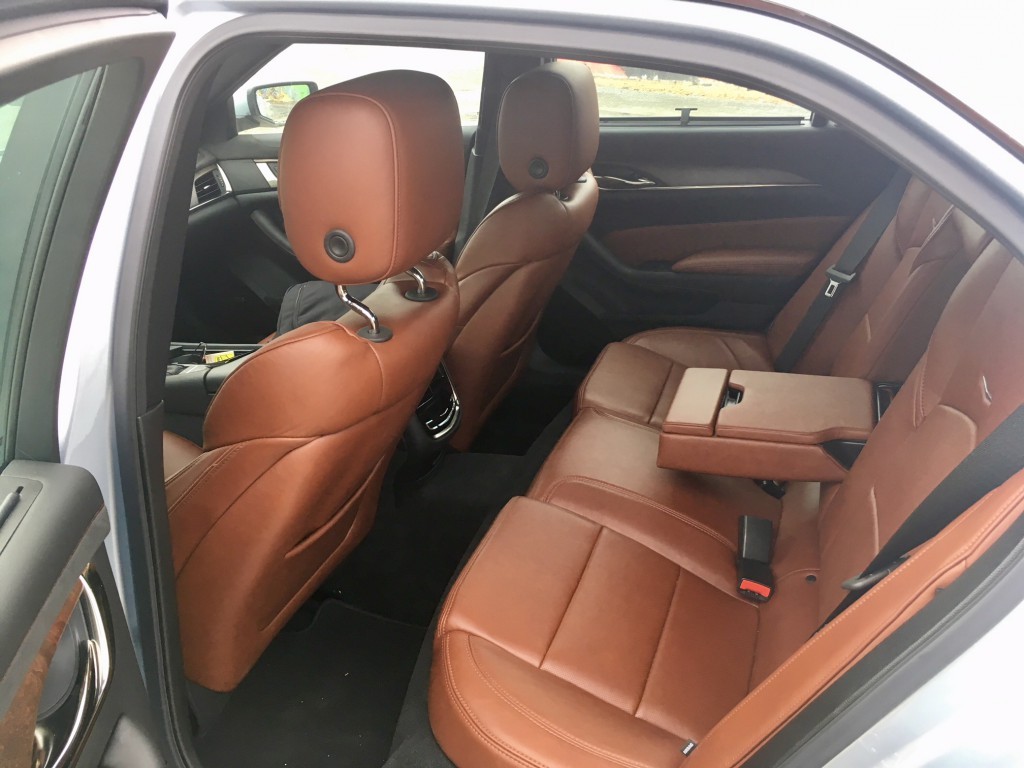 However, while the interior is generally a nice place to be, don’t let the exterior dimensions fool you. It actually feels fairly cramped/claustrophobic once you’re inside. As a result of the sharp exterior lines, outward visibility is poor. The rake on the rear windshield is so steep that you’ll often think the person behind you is aggressively tailgating you, but really, it’s the poor rearward visibility matched with a high trunk deck lid. If there wasn’t a rear view camera (matched with an excellent 360 bird’s eye view by the way), you’d likely find it troublesome to back into a parking spot. While the large panoramic roof does its best to reduce the cave-like feeling, those looking for a spacious sports sedan will likely be disappointed. The centre hump is so large and intrusive that this is ostensibly a four-passenger sedan. 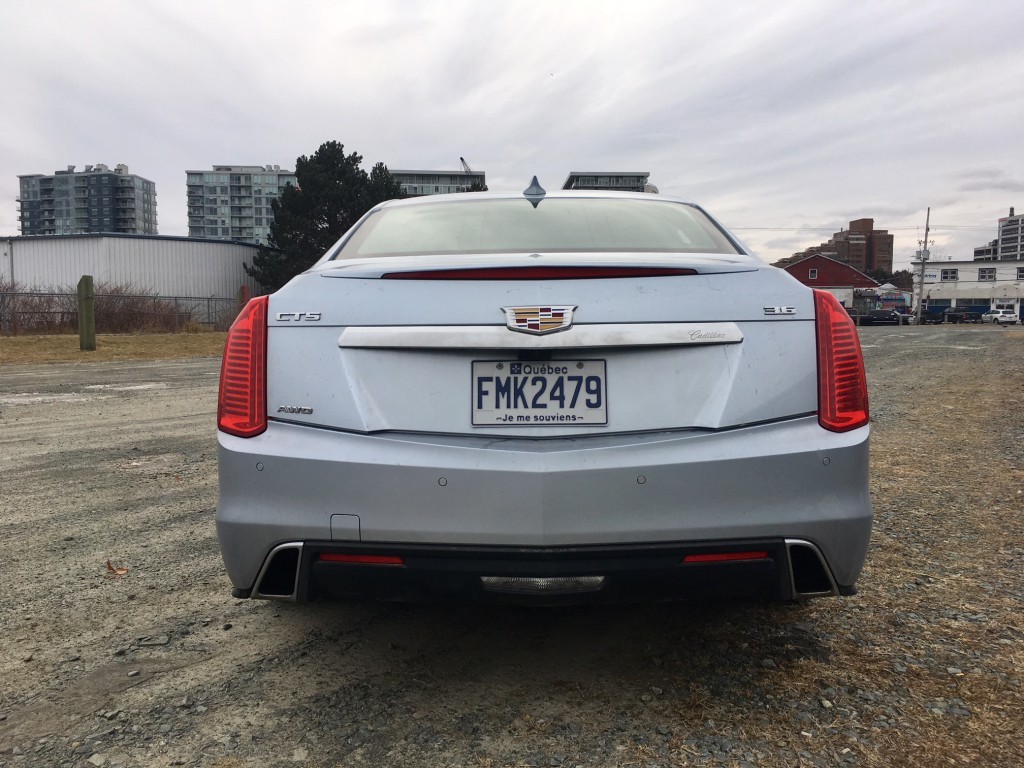 The CTS offers two power options under the hood. There’s a turbocharged 2.0 litre four cylinder which is good for 268 horsepower. Then there’s a naturally aspirated V6, which is what my tester came equipped with, which produces 335 horsepower and 280 pound feet of torque. If you don’t think 335 horses will be enough, you can always opt for the V-Sport which turbocharges the V6 and brings power up to 420 horsepower. If you are the type that still thinks that isn’t enough power, the full on CTS-V is your ticket to a rather disappointing 640 horsepower and 630 pound feet of torque. Wait, disappointing isn’t the right word there, is it. Delightful. Blistering. Spectacular. Those words work a lot better.

But to be honest, a normal human being probably wouldn’t need all that power. In fact, power delivery from the V6 is more than adequate for most. And there’s different drive modes to choose from including snow and ice, touring and sport. Sport is the one you’ll want to keep it in if you’re the type that thinks having a 640 horsepower vehicle is necessary. It creates a much more responsive engine and throttle along with similarly responsive steering. It turns the CTS into something you’d feel comfortable using while circling almost any track.

And you’re rewarded with a decent sound track too from start up to when you put weight onto your right foot.  Lovely.

Power is managed by an 8-speed automatic which does a decent job regardless of which driving mode you are in, however when you want to drive a bit more spiritedly, the transmission lags a bit from when you hit one of the flappy paddles located on the steering wheel. Once it does react, shifts are quick and crisp. 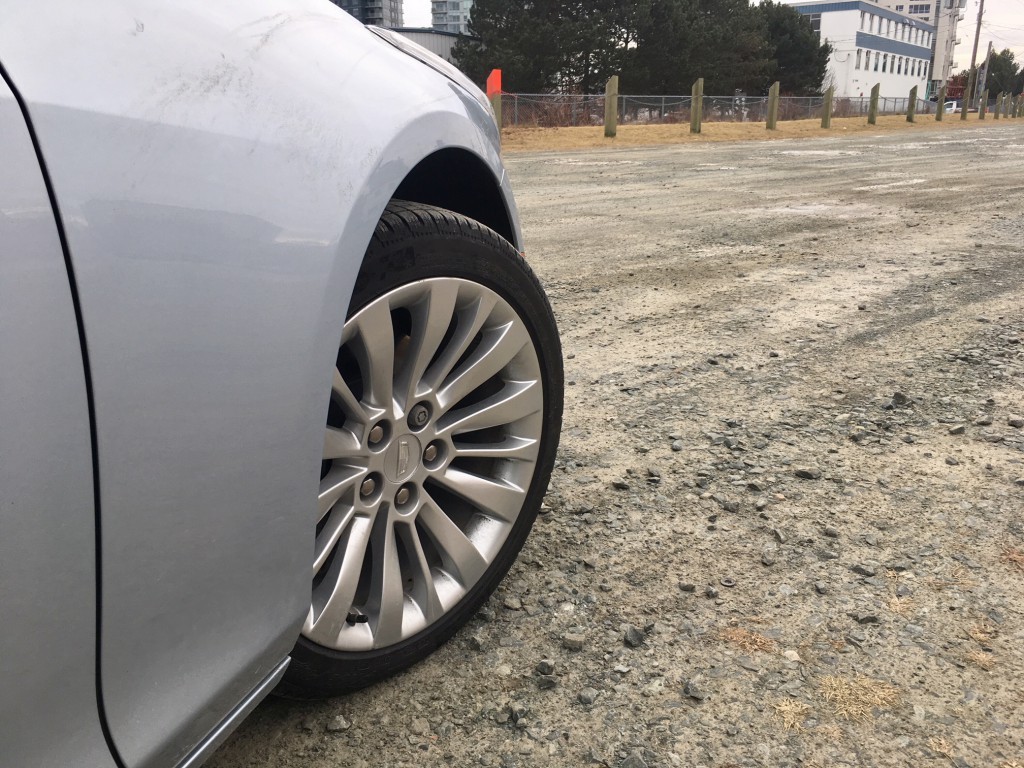 I once wrote an article about how everyone should drive performance cars. My rationale was that while performance cars are largely set up for thrills, they are among the safest cars from a reactionary standpoint. Case in point, I was traveling on the highway directly behind a Nissan Titan whose owner apparently didn’t see a need to clear off the snow and ice from its roof. Being such a tall vehicle I didn’t immediately notice as I got closer. Then it happened. Like the wind catching an unsecured mattress on the roof of a car, the largest sheet of ice I had ever seen was imminently flip flopping towards my windshield. I don’t remember actively thinking any of the following, but I knew there was no one in the lane next to me. I also knew that I had just a fraction of a second to react, so I did. I flung the steering wheel into the direction of the lane beside me and ended up safely, in a perfectly controlled manner, into the other lane avoiding the flying object coming toward me, all while going roughly 110 km/h. In any emergency maneuver situation, you want yourself a performance car like the CTS. In any other vehicle such as an SUV, it could have been possible that I would have lost control. But performance cars are meant to keep you planted and react on a dime. Thanks for saving me some costly repair bills, and perhaps even my life, CTS. 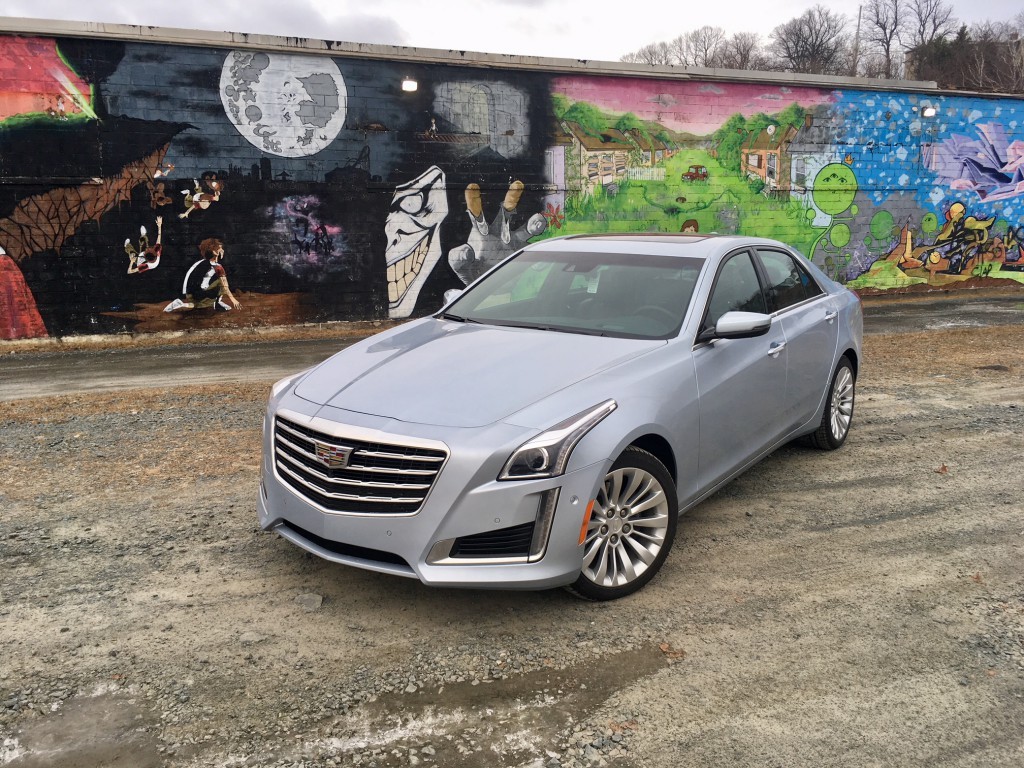 Speaking of, my tester came equipped with an abundance of safety features including a head up display, adaptive cruise control, automatic braking, cross traffic alert, blind spot monitoring and lane departure warning. The latter uses seat vibrations to warn you that you’re not keeping your lane, which is much welcomed over the startling flashing lights and beeps that other manufacturers use. 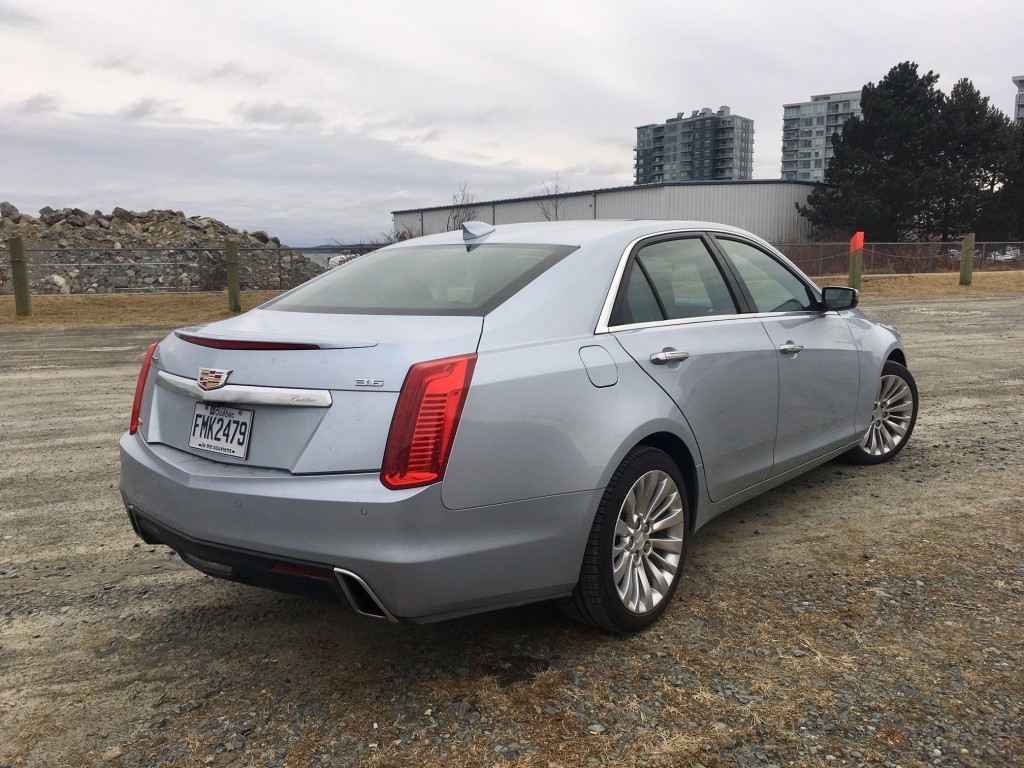 But getting back to that wonderful reactionary tale – the CTS is not only great for emergency situations, but it’s also great on twisty roads. The suspension is compliant yet comfortable. There is little to no body lean and there was rarely any time when I thought, “I should ease up, the CTS clearly doesn’t like this”. The experience is completed by the standard Brembo brakes which helps you stop on a dime (yet again another reason why everyone should be driving performance cars). This car is definitely on par with big German performance sedans. 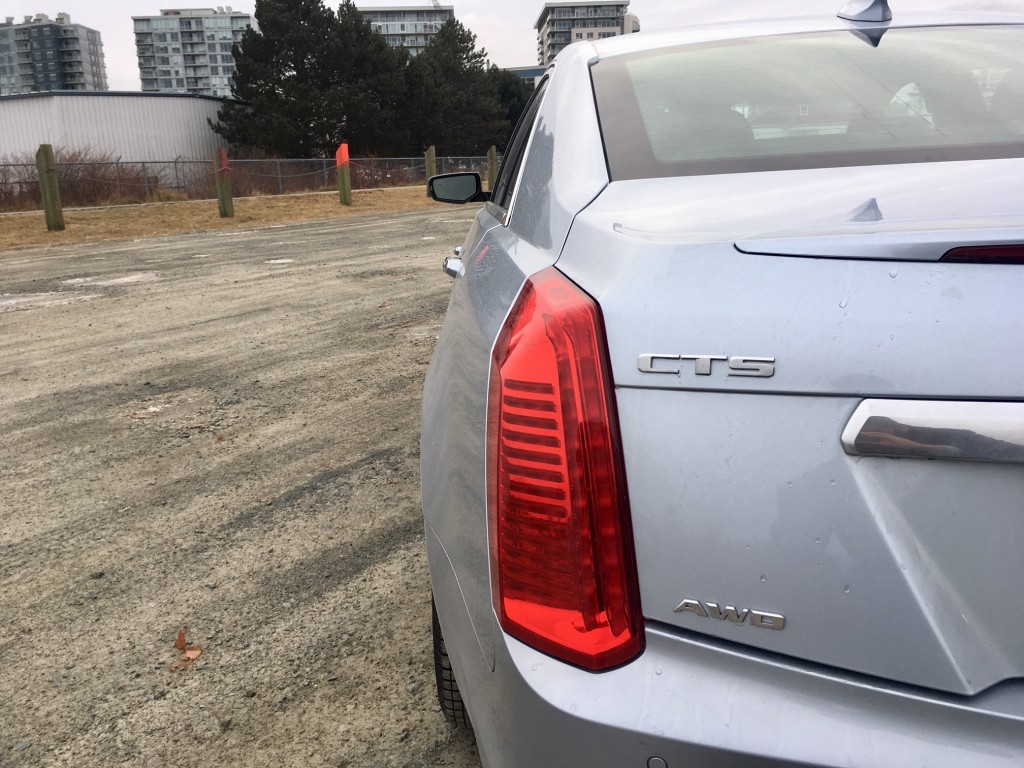 Fuel consumption numbers officially come in at 12.2 L/100 kms city and 8.4 highway. My real world mixed driving returned 12.4 L/100 kms at the end of the week. Not bad for the middle of winter.

And by the time the end of the week came, I found myself not really wanting to give it back. The CTS may very well be – in all its iterations – my favorite vehicle that GM makes today (though admittedly I’ve never had any seat time in the new Corvette. Hint hint, wink wink, GM Canada). But really, that doesn’t matter. This thing doesn’t sell because it’s not an SUV or a crossover. 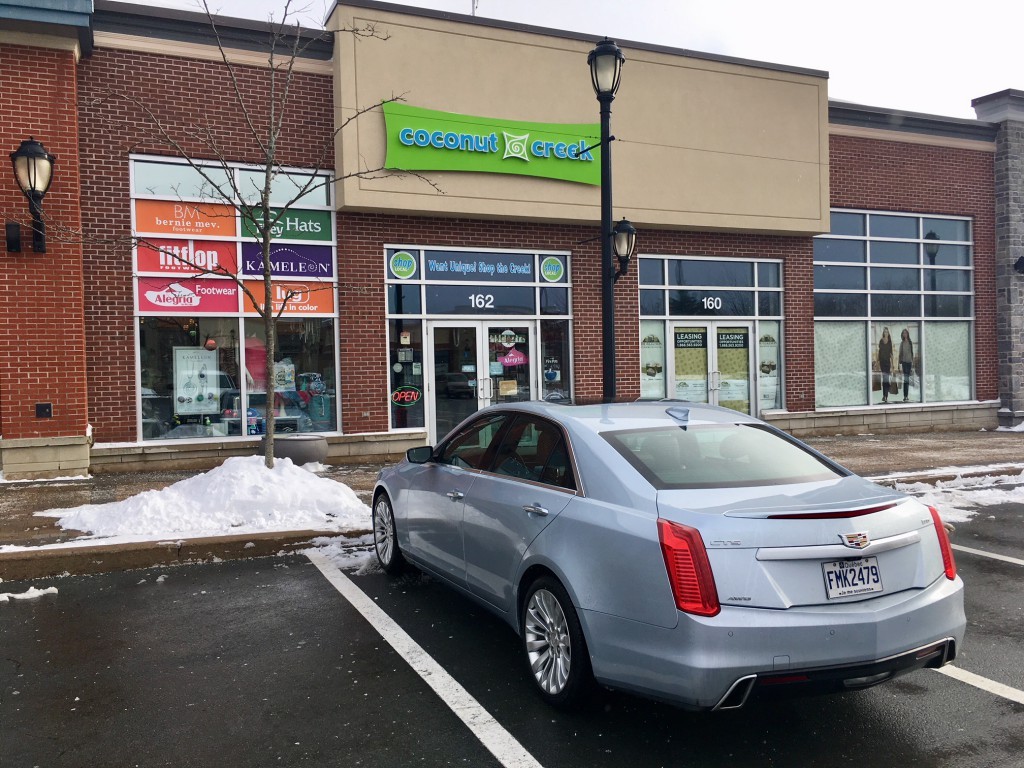 I doubt GM will exit the performance sedan segment completely, but this is not the type of car the public wants despite the fact that it’s exactly what I, a so-called automotive expert, wants. But the good news is, the market is constantly changing. I’ve already read several reports of a car resurgence meant occur just within the next five years. If that’s true, then five years later you’d be doing yourself a disservice by not giving the CTS consideration. Hell, you’d be doing yourself a disservice if you didn’t give proper consideration to it now. It really is that good.