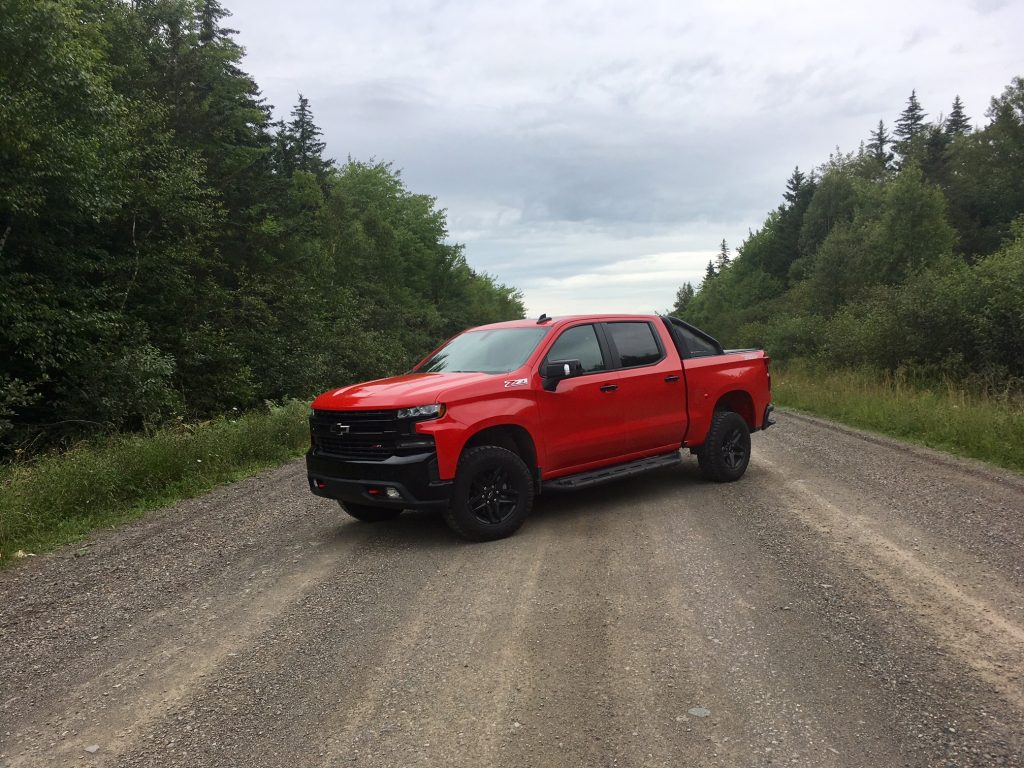 Trucks and SUVs have been dominating the sales charts lately. I personally don’t understand why. I’m not necessarily opposed to trucks and SUVs I just wholly believe that the majority of owners don’t need them. The amount of half-tonnes I see being used to take children to school or to go get groceries is staggering and is something any normal sedan, hatchback or wagon could do with a lot less associated cost.

But human beings are egotistical by nature. It doesn’t matter that we don’t actually live the lifestyles of outdoorsy folk we see in the commercials; splashing through mud filled trails in the deep woods, we just want everyone else to think we do.

To that end, it’s getting to the point where it’s not merely enough to have a half-tonne that will conquer any trail you throw at it. It needs to be more intense than that. More capable and more menacing.

That’s why we’re seeing trucks like Ford’s Raptor, Ram’s Rebel and the Colorado Bison by Chevrolet. These trucks are seriously off-road capable – more so than their regular stock versions anyway – and they all certainly look the part. They all look like angry Tonka trucks ready to swallow up your children.

Enter the 2019 Silverado Trail Boss. This is the most off-road capable version of the newly redesigned rig which, by the way, comes in eight different configurations. The Trail Boss is absolutely the most intimidating to look at, especially in my tester’s Red Hot paint. The front facia is completely blacked out (with the exception of the bright red tow hooks) to match the black 18-inch alloy wheels wrapped in Goodyear Duratrac heavy duty off-road tires. My tester also featured the off-road appearance package which includes black assist steps, a soft roll-up tonneau cover, and something that GM calls an ‘Off-Road sport bar’ which, as far as I can tell, is purely cosmetic. The rear is finished off by LED tail lights and the Chevy emblem has been replaced in favour of the word ‘Chevrolet’ stamped into the tail gate.

But the Trail Boss doesn’t just look the part, it has true off-roading credentials too since it’s based on the Z71 off-road package meaning it comes with Rancho shock absorbers, a bigger air filter, skid plates, hill decent control, a locking rear diff and a two-speed transfer case. It also comes with a two-inch lift over the standard Silverado.

Inside you’ll find a redesigned cabin which is nicely laid out with pretty decent quality of materials. There’s a fair bit of hard plastic too which I initially scoffed at due to the Trail Boss’ $70K sticker price, but I suppose if we all want to pretend we live like Grizzly Adams, then we wouldn’t want mud and dirt to get all over fancier materials.

The cabin is extremely spacious, especially in the rear seats which feature limo-like leg-room. They are also quite versatile as the rear seats can flip up to reveal storage bins and the back of the seats feature hidden cubby holes (pictured below), which is a first in any half-tonne pick up truck and is a clever feature to have. With the bottom seat cushions folded up, it’s a wonder why any rear cab is even needed, it’s seriously spacious back there.

But speaking of the cab, it is bigger than the outgoing model and can handle a bigger pay load. In fact, the new Silverado -regardless of the trim you choose – is lighter, longer, and wider. The bed itself is 18 kms wider and is made of high strength steel. There are plenty of tie-down hooks available too.

Being a Boss, I’m sure you’d expect nothing less than a V8 under that hood and you’d be correct. Except I was duped by the displacement when I first started the Trail Boss up as it emitted a growl befitting of Mufasa from Lion King. I couldn’t help but grin. It’s been four years since I last had any seat time with GM’s 6.2 litre V8. It was featured in a 2015 GMC Sierra and I remember loving that engine. It was capable all while being impressively fuel efficient (relatively, anyway).

However, it wasn’t until later on in the day when I found out that the beloved 6.2 is not featured in the Trail Boss. It gets the 5.3 as standard and the 6.2 isn’t available. I couldn’t believe I would have gotten fooled so easily so I looked at the spec sheet and noted that my tester was fitted with a cat-back performance exhaust. That made it sound much heftier than the 5.3. It certainly fooled me.

I can’t understand why the 6.2 wouldn’t be at least optional if it can’t be standard – this is the most intense looking and most capable off-road version of the Silverado after all – however rumour has it that the 6.2 will be made available in the Trail Boss in about a year’s time. If I were you, I’d wait for it to come available.

That’s not to suggest that there’s anything wrong with the 5.3, however. Its 355 horsepower and 383 pound feet of torque is certainly capable and gets the job done.

On the pavement, those beefy off-road tires can be felt through the steering wheel and can be heard inside the cabin, however on the highway cabin noise is dialled down to a minimum. The cabin itself is quite comfortable and as you can imagine, bumps and other imperfections in the road are barely felt thanks to that suspension set up. In fact, I remember coming up to an unexpected pothole and there was no time to avoid it. I cringed and braised myself hoping to not blow a tire or dent a rim, but I barely felt anything. I can only imagine what this truck would feel like if it were equipped with the same multimatic shocks found in the Colorado ZR2.

I managed to get some mild to medium off-roading in with the Trail Boss and as you’d expect, it handled all the off-road trails, well, like a boss. No issues to be highlighted, not once did it feel like the Trail Boss was struggling or at all out of its element.

Downsides? Well, the Silverado itself rides on a longer wheelbase and is taller and longer than the outgoing model. And since everyone seems to think half-tonnes make the perfect city vehicle, I’ll mention that the Trail Boss is difficult to maneuver in parking lots or other tight spaces. Lots of three or even four point turns are needed. As decent as the 5.3 is, I didn’t really manage great fuel efficiency during my time with it. It’s officially rated at 14.9 L/100 kms in the city and 10.9 highway. I did an equal amount of city-highway driving and still only managed to get 15.0 combined. Also, there were a few notable times when the keyless entry didn’t respond after several tries. It was to the point where I actually questioned whether I actually had the fob on me, but it turned out I did each time.

But while the Trail Boss certainly impressed during my time with it, I can’t help but wonder if the name is more fitting on the Colorado ZR2. When I tested it last year, it felt a bit more capable and nimble. It was easier to blast through trails thanks to its smaller size and those wonderful multimatic shocks helped it to be more of an every day driver.

Besides, while the Trail Boss can certainly hold its own off road, it’s largely a cosmetic exercise aimed at nabbing those folks who like to pretend they live extreme adventure on a regular basis.