This was my first time eating at Tarek’s despite a constant stream of recommendations coming from my social media channels. I was starting to feel not just like a bad blogger but a bad Haligonian. “What’s good?” I’d ask. “Everything” was usually the reply, but I’ve been trying to zone in on certain key words like “pitas” and “calamari”. I recall hearing multiple mentions of the Philly Steak Pita so that’s what I’ve decided to showcase here.

I arrived during the tail end of the lunch rush, having no idea that Tarek’s was such an operation! People line up along the glass counter, where little bowls of complimentary soup are handed out while they wait. The menu is largely Mediterranean but also broad and varied. If you look in the glass case you will see pastas, salads, perogies, fish cakes, kibbi, kafta, fish fillets. Items are generally taken out and finished or reheated on a flattop grill.

The Philly Steak Pita ($8.95) is strange company to the souvlaki, shawarma, falafel and kafta pitas. But so is the “beef taco” wrap.

I was expecting sauteed steak, peppers, and mushrooms smothered with melted cheese. I think that’s a fair expectation when ordering anything depicted “Philly Steak”.

What I got instead was thinly shredded steak, iceburg lettuce and shredded cheeese blend, doused with garlic sauce. DOUSED, I say! 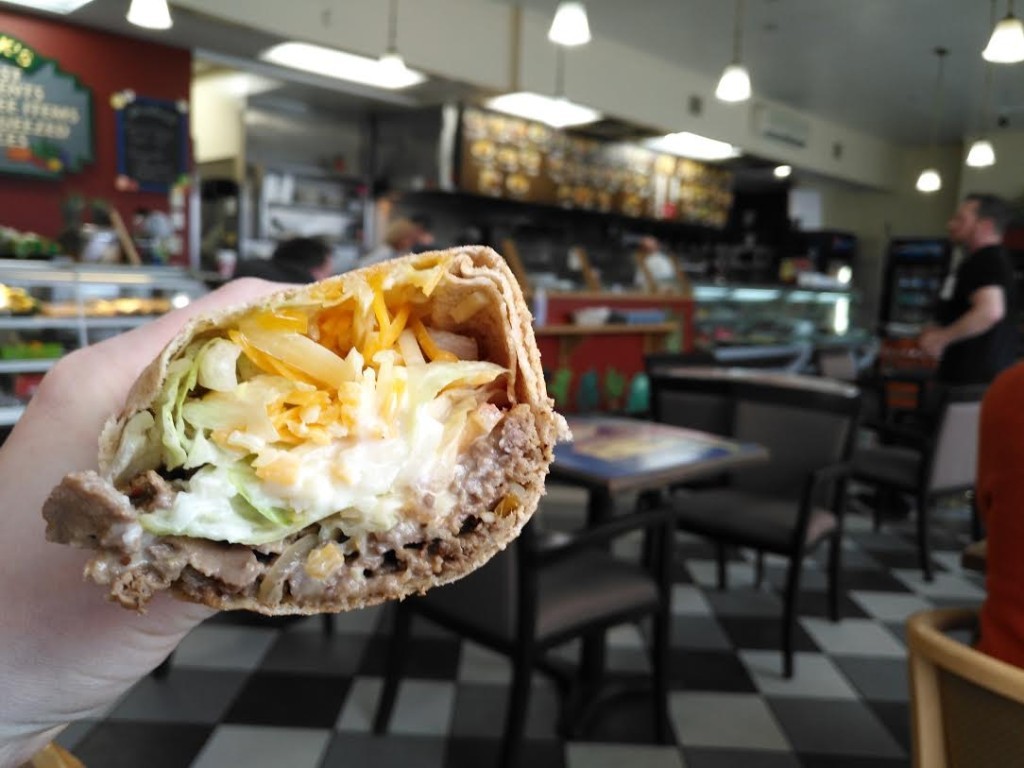 Okay, so there is nothing “Philly Steak” about this. I’ll judge it by its own merits.

The wrap itself is large and well put-together, a nice crescent moon of a pita that does not fall apart when you eat it. It fits snugly in one’s hands and each bite has the perfect ratio of ingredients. This is solid wrapsmanship.

The “steak” is thinly shredded and tender. It’s kind of like the “steak” at Subway without all the doubting and regret. I admit I was disappointed to see cold cheese and lettuce.

That garlic sauce, tho.

O.M.G. the garlic game is strong here. This wrap should be called “Garlic Beef” or “Philly Shawarma” so that people know what to expect. Philly Steak this is not. Delicious is what it is! But be warned: I hear there are regulars who have their sauce reduced to 1/4 by now. On the other hand, if you are tired of dry, bland shawarmas this may be your ticket! I hear even the beloved “Chicken Caesar Pita” has garlic sauce instead of Caesar dressing.

At Tarek’s things aren’t what they seem to be – but I can’t argue with simplicity, good execution and bangin’ flavours. This appears to be the formula at Tarek’s and I will be back to sample more of the wares. 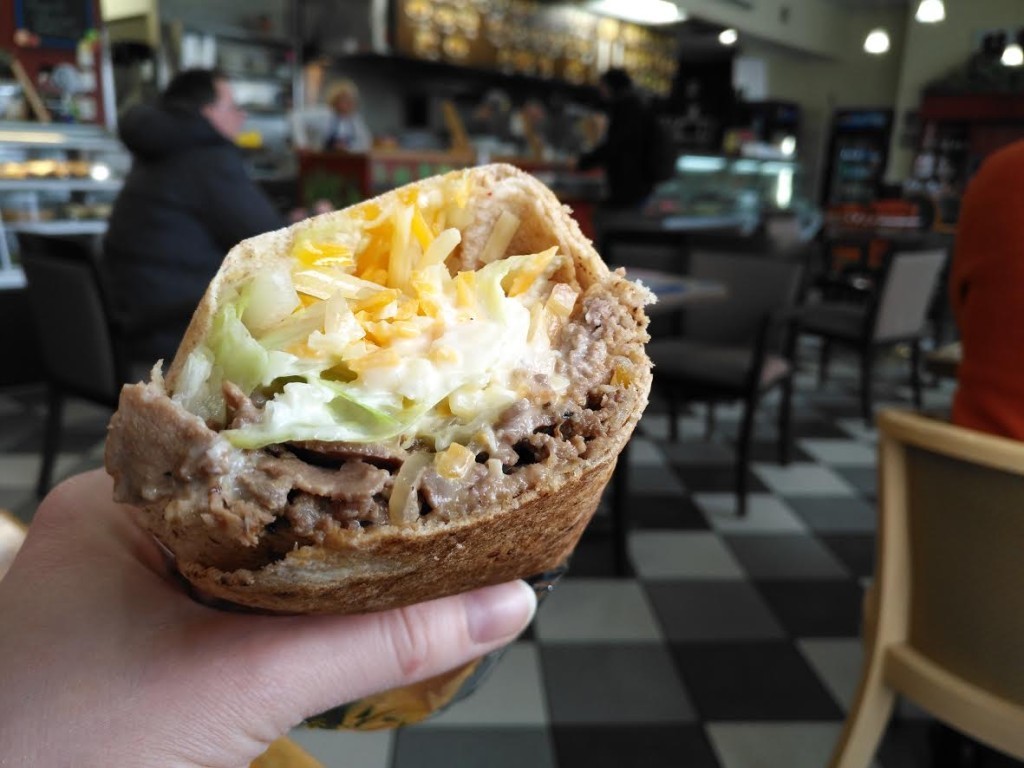