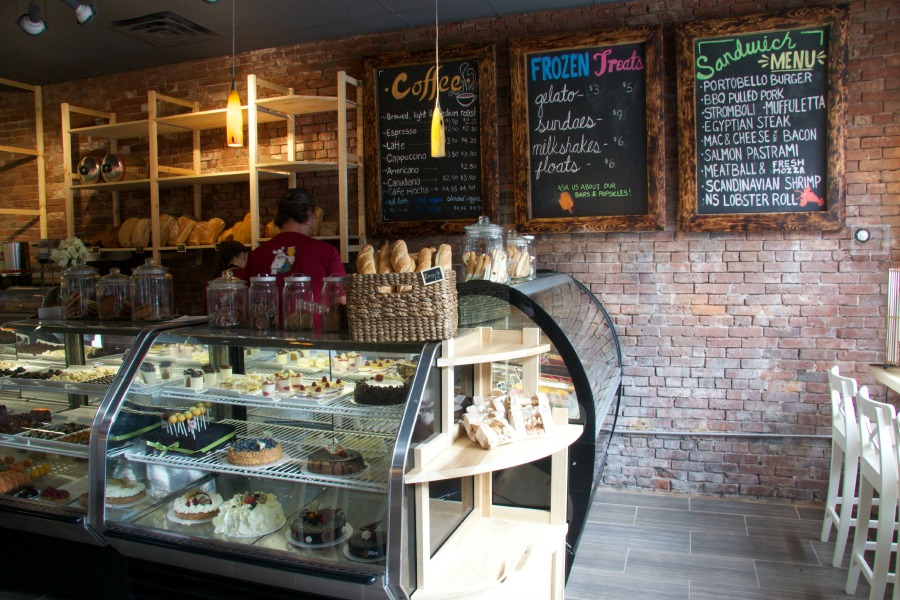 For such a small city (slightly under 400,000), we are blessed to have attracted a slew of quality restauranteurs where the owners and chefs happily promote locally grown produce.

Many highlight Nova Scotian wineries which have garnered international acclaim.  There seems to be a mini explosion of late with new restaurants popping up all over the city.  Last month I was invited by Laura Oakley to attend a blogger and media VIP open house hosted by Scanway Catering & Café.   They had just opened their new café.  Scanway isn’t new to the food scene in Halifax.  It opened its catering doors back in 1981 in Unni Simenson’s kitchen where she prepared food for small parties and afternoon teas.  Her Norwegian roots brought an European flare to Halifax and 33 years later Scanway is still thrilling its customers with their creations.  Geir Simenson, co-owner and Unni’s son, has been working for Scanway since he was a teenager.  Geir and Ray Bear teamed up to open Scanway Catering Bakery and Café – a place to grab a sandwich, cappuccino and homemade sweets in the heart of downtown Halifax.  The café seats 16 and their rooftop patio accommodates 60.

“This new space will be more than a pastry shop,” says Simensen. “We’re excited to be oﬀering excellent coﬀee, artisanal breads and a modest cafe menu featuring creative sandwiches.”

The first batch of food to arrive was a pizza dressed with Thai-style homemade sausage, cilantro, and a mild curry sauce – verdict?  Crispy pizza base and delicious flavors (I liked this one). 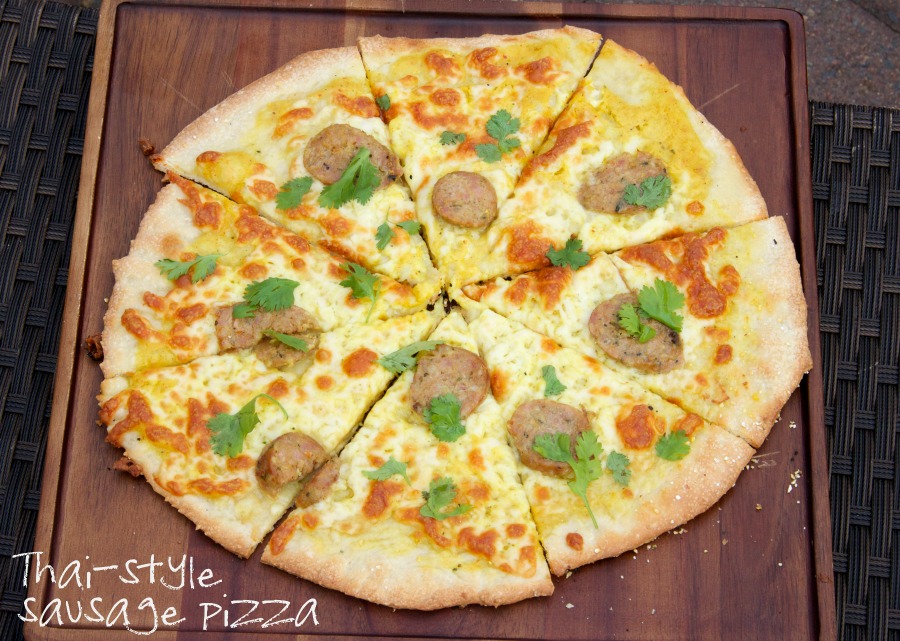 Salmon pastrami with sumac ricotta, avocado, cilantro and arugula – I enjoyed the flavors but felt the choice of bread could have been more along the lines of rye rather than a baguette.  While I like a good crust, I felt this interfered with the delicate nature of the salmon and the other ingredients.  It might even be a good contender for an open-face sandwich. 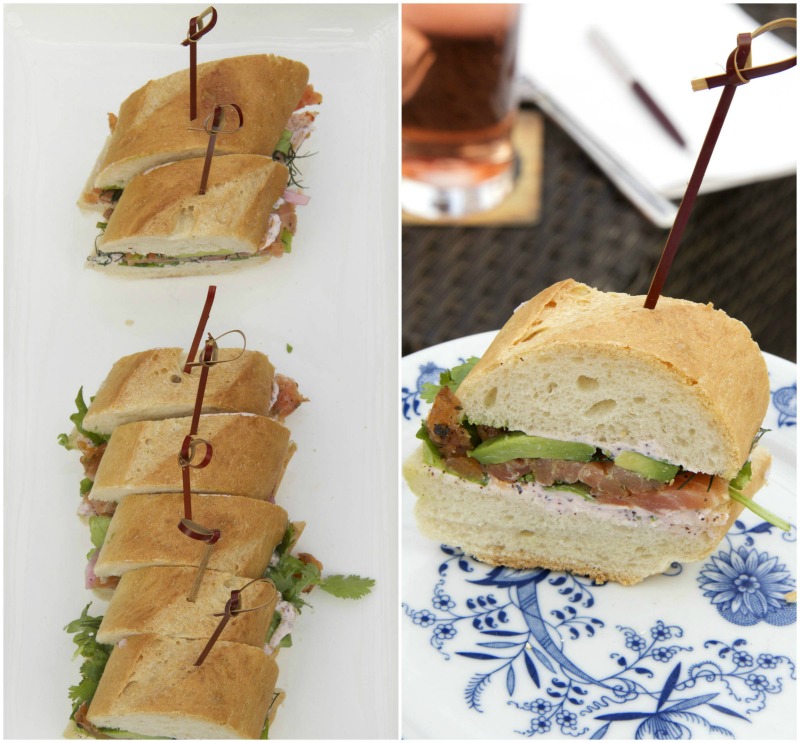 Stromboli with salami, pancetta, fresh mozzarella and Gouda – holy smokes!  Served warm so the cheese is gooey good.  This was one of my favorite sandwiches; I got hooked on these when we lived in NY. 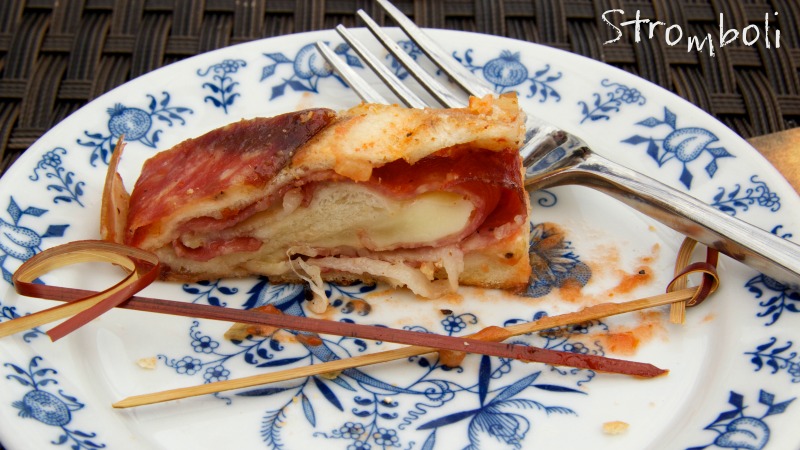 Chicken Mango Nachos – hello, I’m in nacho heaven!  I have to admit that nachos aren’t an item I’d go out of my way to order, but after one bite this delicious snack had me.  The nachos tasted as though they were homemade…so light and crispy.  House-made salsa and guacamole – need I say more? 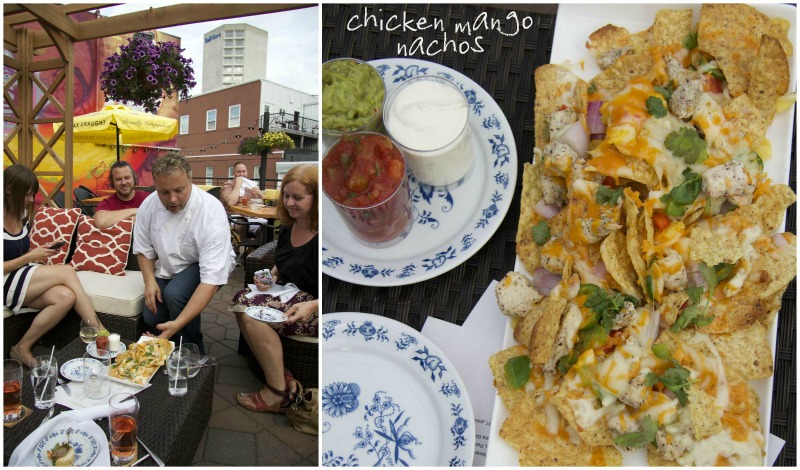 Nova Scotia Lobster Roll – chunks of lobster, fresh dill, light cream sauce.  Not too heavy on the sauce or condiments allowing the lobster to shine. 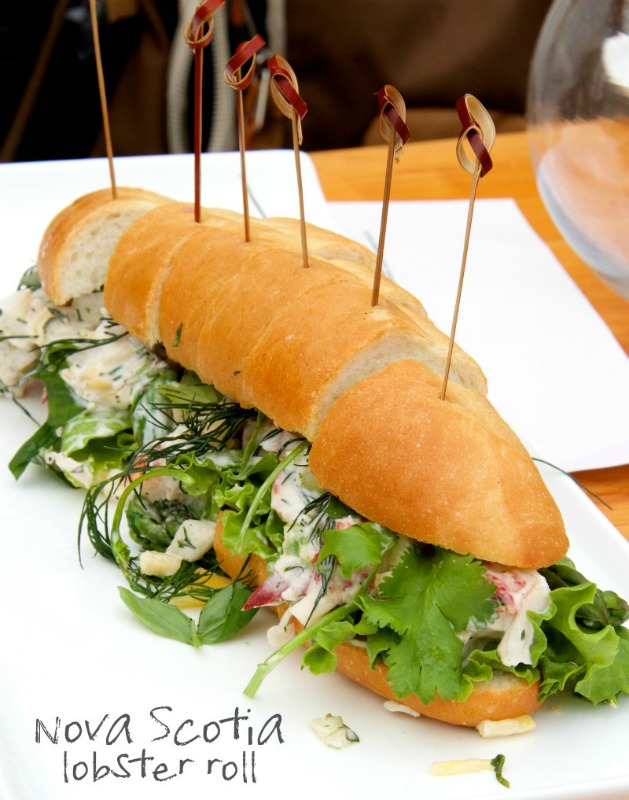 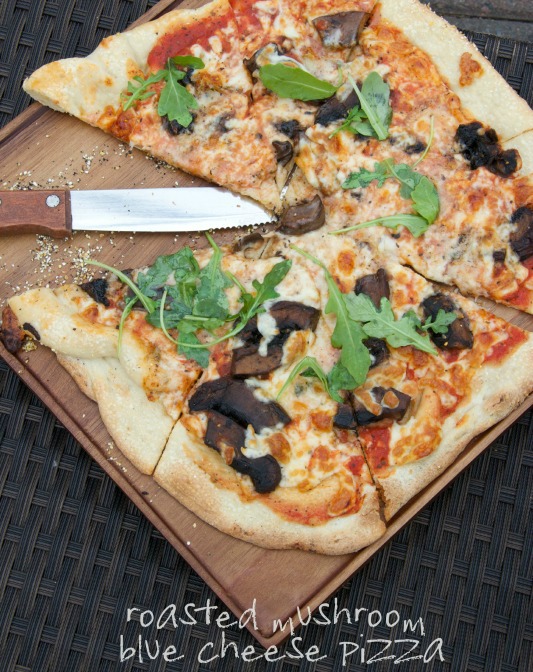 Muffuletta with smoked pork loin, Montreal smoked meat, applewood smoked cheddar, Dijon on housemade garlic rosemary bread – while I enjoyed the meat combinations and smoked cheddar, I did find there wasn’t enough spread or an olive oil dressing.  Typically a muffuletta has layers of meat with generous amounts of an olive spread or olive oil dressing.  The longer the olive spread and cold cuts can mingle with the bread, the better your muffuletta will be. 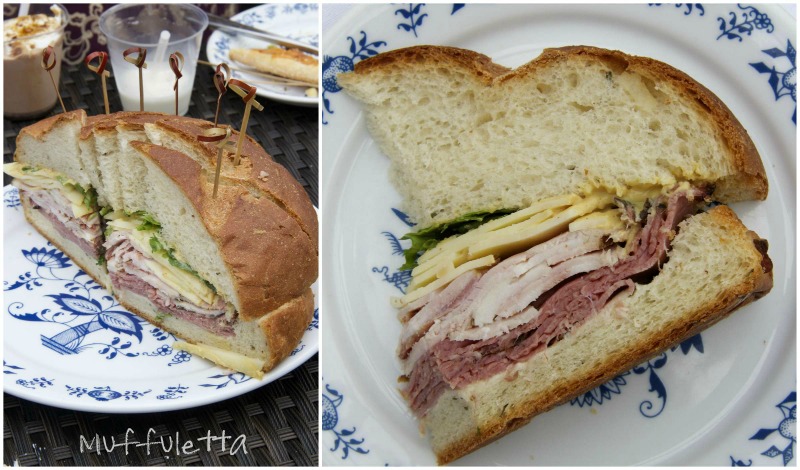 The Culinary Chase’s Note:  Having eaten in many parts of the world, the food scene in Halifax never ceases to amaze me.  Its younger chefs focus on plates with flavor, showcasing local ingredients from the downtown farmers’ markets and nearby farms, and a surprisingly diverse population who bring with them their piece of foodie heaven.  All have allowed our taste buds to be tantalized and our senses stimulated. 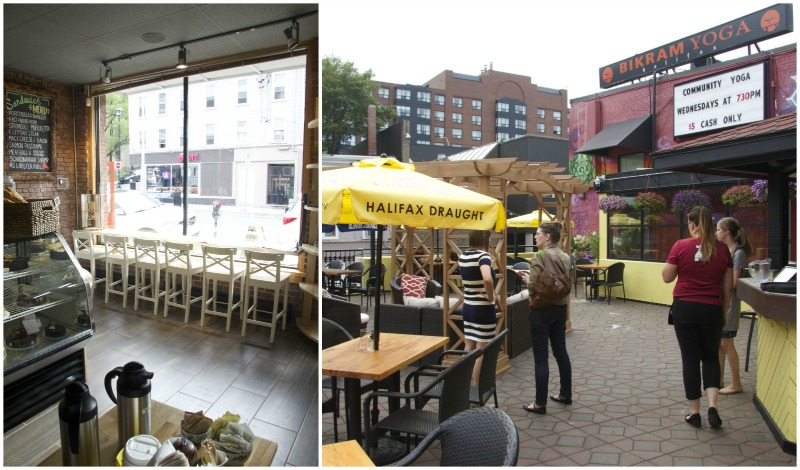 The post Scanway Catering & Pastry (a review) appeared first on The Culinary Chase.