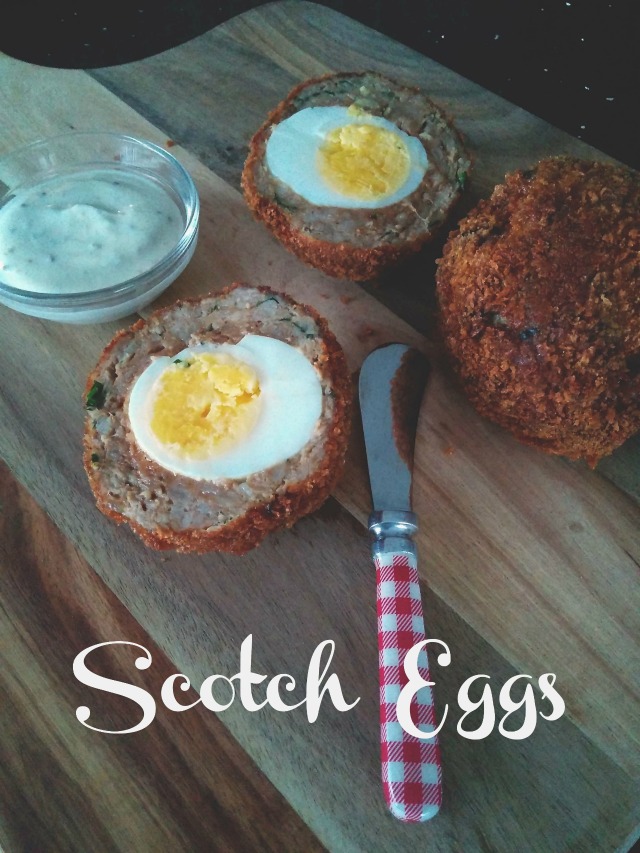 I had too many hard boiled eggs leftover from the posting I did on how to dye eggs naturally. Of course the easy remedy was to make an egg salad sandwich but what would I do with the rest of them?  Scotch eggs had been on my mind while I was coloring the eggs.

I had never made them before and wasn’t really sure if they’d be my cup of tea or turn out the way my husband said they should.  It’s a snack he grew up on so my culinary skills would be dearly tested to rekindle that childhood food memory.  I was curious, though, why they’re called Scotch eggs when it’s an English tradition.

It would appear there are a few thoughts as to the origins of the Scotch egg.  One account says it’s an import from North Africa, a corruption of the word ‘scorch’ as the eggs were cooked over a naked flame.  Another view said that Scotch eggs were an Indian export in the early 19th century, along with curry and kedgeree. An Indian dish called nargis kofta (hard-boiled eggs coated with cooked spiced minced mutton and fried, then cut in half and served in a sauce of curried tomato and onion). Or consider this: Scotch eggs originated in the Whitby area of Yorkshire in the late 19th century. Originally they were not covered in sausage meat but in a rich, creamy fish paste before being sprinkled with breadcrumbs. They were called ‘Scotties’ because they were made at an eatery by William J Scott & Sons close to the seafront.  Last thought: Fortnum & Mason claims it invented the portable snack for rich coach travellers in 1738.

Whomever it was, I applaud you.  These savoury snacks turned out beautifully (phew!) and my husband said they reminded him of his childhood.  My work is done.

Serves 4 as a snack 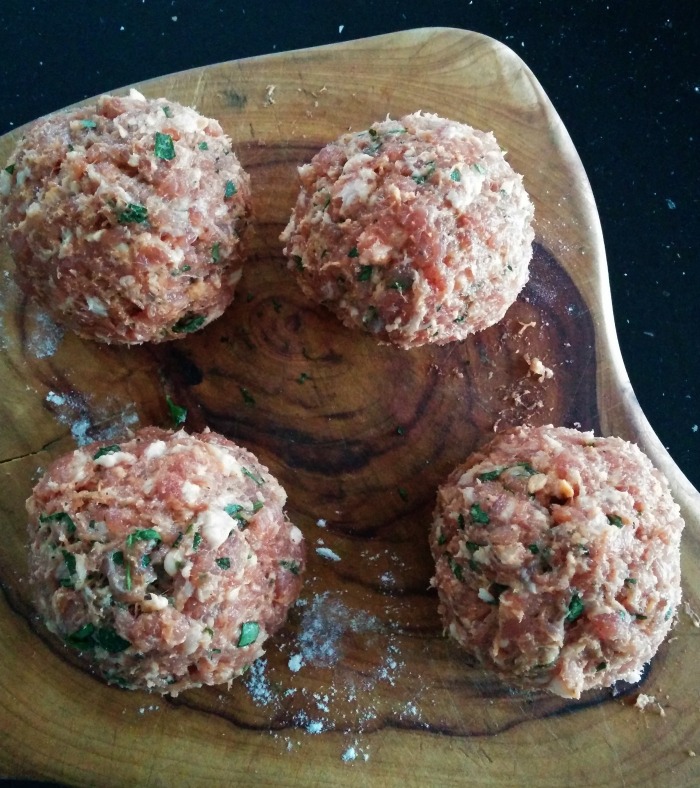 In a bowl mix sausage meat with parsley and sage. Season with sea salt and freshly ground black pepper. In a small bowl add flour and roll eggs making sure to coat all over (shake off an excess flour). Divide sausage meat into 4 equal balls. Take one ball in your hand and flatten enough to hold the egg. Then encase the egg in the meat. Roll the ball of meat in the lightly beaten egg; dredge in panko bread crumbs. Repeat process. 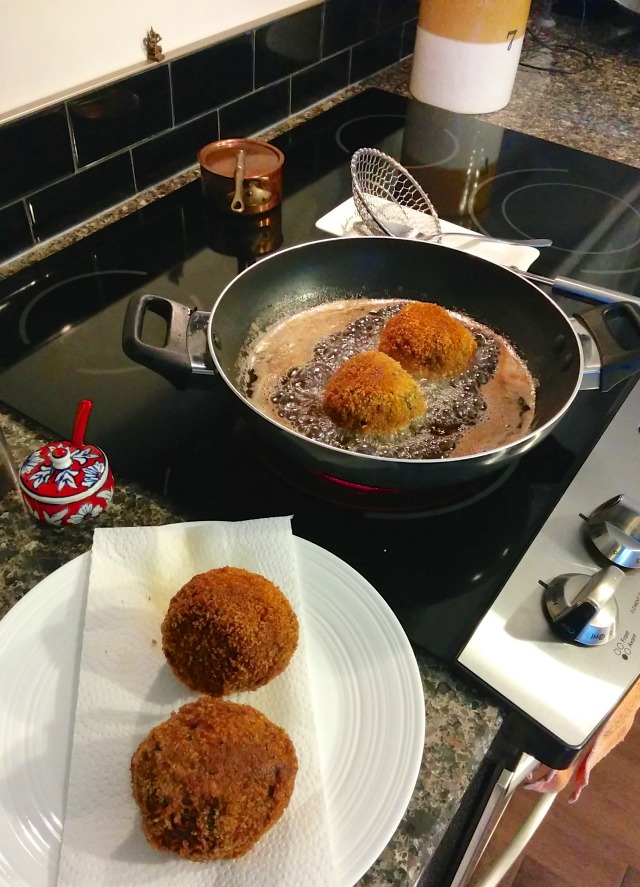 Fill a wok or wide saucepan with 2-inches of oil. Heat over medium-high until oil reaches 320f or drop a few breadcrumbs and watch it turn golden after 10 secs in the oil. Cook two Scotch eggs at a time, 8 to 10 minutes turning over half way through cooking time. Drain on paper towel and leave to cool a little before serving. Serve Scotch eggs with a mustard dressing (English mustard mixed with mayo).

The Culinary Chase’s Note: Traditionally served cold and taste great the next day…if you have any leftover.  Enjoy!

The post Scotch Eggs appeared first on The Culinary Chase.