Some people come to me for advice. I try to keep my mouth shut unless asked, but sometimes I just can’t help it. If I have been there, done that, then I often feel the need to share what I have learned. One of my most prized pieces of advice really isn’t advice at all. It is more like a tidbit of encouragement and it is usually directed towards pregnant moms or women who have never had children at all.

When I was pregnant with Cameron, I remember being absolutely paralyzed with fear when I considered how I would soon be entirely responsible for a tiny, fragile life. I was devouring parenting books and cruising the internet hoping to gain some sort of knowledge and confidence about becoming a mother. Despite all that, I still walked into my home after delivering our baby and collapsed under the weight of the question What now?!
As the minutes turned into days and the weeks turned into months and this timid girl turned into a mother, I grasped a certain truth.
Motherhood is instinctual.
When I hear pregnant women talk about the fear that comes with impending motherhood, I dole out my prized piece of advice.

You will be a great mother. Don’t worry about a thing. Everything you need to know is already inside of you. Taking care of the child you love will be second nature.

And I really, truly do believe that.
Except, maybe it doesn’t apply to everything.
A few weekends ago, my husband and I were commissioned to photograph a wedding. My (pregnant) sister and brother-in-law came down for the weekend to spend the day and night with Cameron. Being the cool aunt and uncle that they are, I expected them to totally spoil my son. They even warned me that they would. Spoil they did! Cameron played at a park, was taken out for ice cream and went out to dinner. He never had to wear a bib and he played in dog poop. Hanging out with Aunt Amy and Uncle Dave was a little boy’s dream! 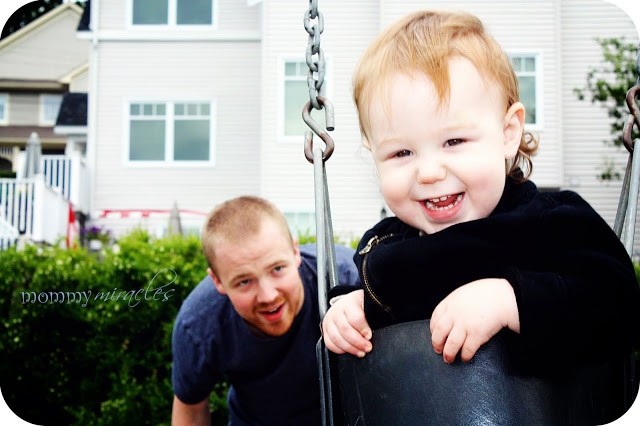 Photo Cred goes to ma sista!
Taken July 16, 2011
16 months, 1 week, 3 days old
When my sister decided that bedtime was imminent (and much later than normal) she brought the eager little boy into the bathroom to brush his teeth. My son loves brushing his teeth so Amy thought she would have no problem getting his toothbrush, wetting it, and handing it to Cameron.
Unfortunately, Cameron was not impressed. He was shocked that Aunt Amy expected him to brush his teeth without toothpaste. So he locked his jaw closed and pointed up to the counter where he usually sees Mommy take a little tube of toddler toothpaste and put a pea-size amount onto his toothbrush. My sister looked everywhere for Cameron’s toothpaste and came up with nothing.
Since my son was so earnestly pointing at something, my sister picked him up and let him show her what he wanted. Cameron looked and spotted a little child-sized tube of toothpaste. He pointed it out to my sister. She looked at the toothpaste. Then, she looked at Cameron. Then, she looked back at the toothpaste.
Cameron seemed positive that this was his toothpaste. Amy assumed that if Cameron was so sure, he must have seen it before.
My sister took the cap off and squirted some toothpaste onto my son’s toothbrush.
Cameron proceeded to brush his teeth.
When we got home the next day, my sister asked how we knew Cameron had sensitive teeth.
Excuse me? I asked. Sensitive teeth?!
Apparently my sixteen month old son had brushed his teeth with the travel-sized Sensodyne that was sitting on our bathroom counter.
My sister will be an amazing Mom. There is absolutely no doubt in my mind about that. And I (still) completely trust Cameron to her care. I know that motherhood is already instinctual in her when I watch her interacting with my son…
… but maybe some things still need to be learned.
———-
Why don’t you head on over to my sister’s blog and give her a little piece of your own encouragement.

Also, Amy, please know that this post is not in any way criticizing you! I think it is a hilarious story that I had to share and I think you are awesome!

———-
Don’t forget to stop by tomorrow for Thinner Thursday. I have a really exciting announcement. Have your posts ready and link up!
Laura (@LauraORourke) is a photographer who lives in Halifax, Nova Scotia. A wife to Dan and a mother to Cameron, she spends her free time blogging and reading. Her blog finds its home at http://miraclesofamily.blogspot.com. Her photography can be found at http://www.olalaphotography.com.