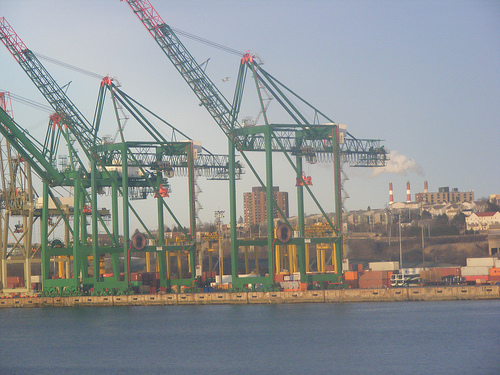 Two lucrative ship-building contracts are up for grabs from the federal government and it's looking like Nova Scotia is in a good position to edge out its competitors, Quebec and British Columbia. According to the Chronicle-Herald Quebec could potentially be out of the running where it has already recently received two large cash infusions from Ottawa for taxation reform and infrastructure-related projects.

This has Nova Scotian politicians speculating on what that might mean for this province with the likelihood of the federal government granting further monies to Quebec for the contracts up in the air. The two contracts are worth a combined $33 billion dollars, with the largest of the two projects being a $25-billion dollar combat vessel and a smaller $8 billion non-combat vessel.

What are your thoughts on what a contract of this magnitude would bring to our economy? Are our politicians right to get their hopes up, or are they be putting the cart before the horse?

Shipbuilding Speculation Could Bring Infusion Of Cash To Province
https://haligonia.ca/shipbuilding-speculation-could-bring-infusion-of-cash-to-province-46033/