Two days in a row of rest can only do a preggie good :-)  By “rest” I mean a non theme park day rather than the pure meaning of “rest” per se.  The forecast said rain, so rather than getting rained out of one of our four planned theme park days once we were already there, we took it as another rest/shopping day!  We hit The Florida Mall.  The only thing I really had on my list was to get my hands on some Bare Minerals products at Sephora since, of course, they are less expensive there than at home. We don’t actually have a Sephora in Halifax and just we started to be able to buy them locally in the last year or so.  My beauty blogger friends Cat and Jen introduced me to the Bare Minerals starter kit during our blogger get together trip to Toronto last June and I have been hooked ever since!  I was never a girl who fussed over makeup or spent much time on it, but now that I’ve turned onto mineral make up it’s like an entirely different thing for some reason.  I think it’s because it feels light on your face.

We went out for breakfast again since there is no sense in buying any more food at the condo at this point since we’re only here for a few more days.  What started off as an intention to try out The Waffle House ended up at our third breakfast at IHOP.  I decided to try what I saw as a version of a “skillet” from Smitty’s which is really hash browns (our version of hash browns which I have come to learn is not “hash browns” here, but “breakfast potatoes”) loaded with various toppings.  I can’t remember which one I ordered, but it had peppers, mushrooms, cheese and topped with sour cream and green onions.  Along side was eggs over hard (the “usual” these days).  Unfortunately the potato scramble thingy was a miss.  It was cold and the cheese wasn’t melty whatsoever.   I ate all of the eggs and only ate about 1/4 of the potato scramble.  Sorry IHOP, but it’s your pancakes that I come for I guess! 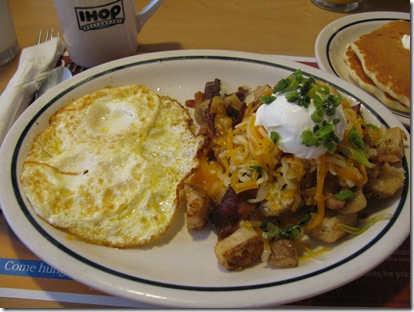 Luckily, this breakfast came with pancakes so all was not lost!  I had them with the butter pecan syrup and all was good in my world again 🙂 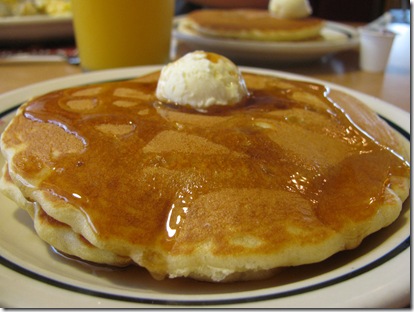 Hubby and I usually share an OJ and this morning I decided to get some more dairy into my diet since there was no sign of yogurt.  It must have been 2%, so I only drank half. 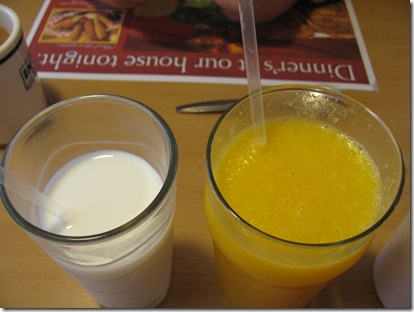 Next up it was the Florida Mall. 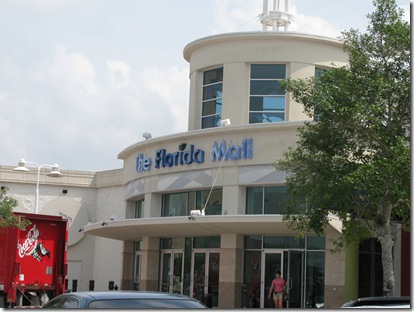 The other half of our agenda was to find the husband some nice new work clothes.  We had no luck up to this point, but today was our lucky day!  Holy hearting JC Penny!  I am never disappointed with that store.  They have such great stuff and any time I’ve EVER been there, it seems like some crazy 70% off sale or something.  The husband scored his two sports coats, two pairs of pants and two dress shirts for 70% off!  Booooyah!  It was like $350 in savings or something ridiculous like that.  Now we just have to find a way to strategically pack them in their fancy garment back covers!

We decided it was a good time for a sit down for Ms. Old Lady McPreggerPants, so we hit up the two story Starbucks in the mall: 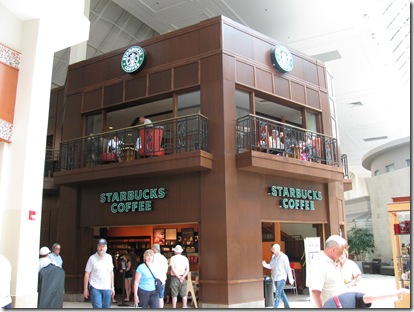 We had a sit down and Mama got to play with her new treats, inclusive of the birthday gift and whatever points level got me some other free thing at Sephora.  Who knows, all I know is free stuff is good 😀  Perfect with a decaf iced Americano with Hazelnut & half & half: 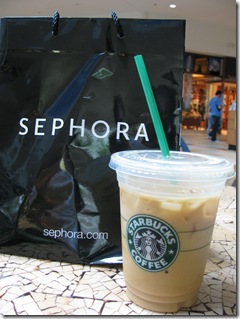 Speaking of girliness, I feel the need to share this with you. First off, I am a girl who has NEVER had “nails.” nor have I ever paid any attention to them.  They never grow and if they ever did, they would peel or crack or I’d nibble them watching a movie and weren’t strong enough to hold up to much and my cuticles have always been a mess.  In the last month, pregnancy has brought me long, beautiful, natural and rock HARD nails! There’s not even any polish on these puppies! I can’t get over them!  They are rock hard and I feel like I have fake nails on, THAT’s how hard and strong they are.  Pregnancy books say it’s due to my increased circulation and metabolism.  I’m sure all the multivitamins aren’t hurting either.  I’m going to enjoy it while I have it I says! Random note, but this mall has an entire store devoted to M&Ms! 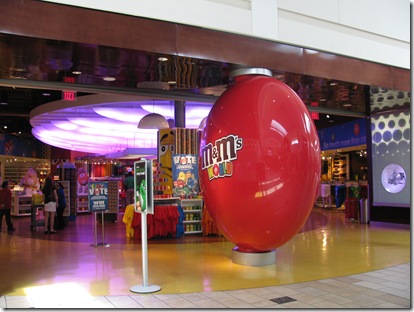 We were done shopping for the day and it turned out that it was around 4:00 and so far no sign of rain!  We decided to head back to the condo and hit up the pool until supper time.  The clouds were looming, but we didn’t care. 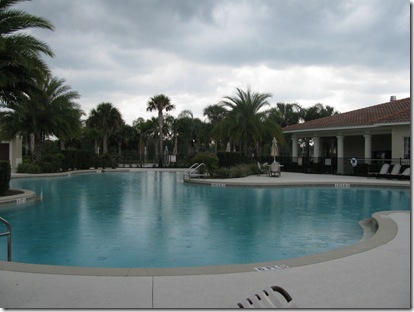 Enjoyed some of this tasty trail mix for a snackity snack snack: 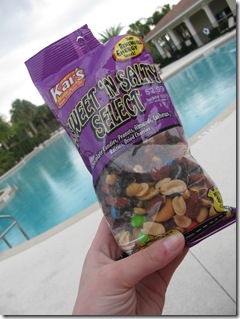 There were only a few people around and then after about 20 minutes, the rain started.  Everyone fled like they were going to melt, but hubby and I thought it would be a fun time to have the entire place to ourselves! It’s Florida and the rain is warm after all 😉 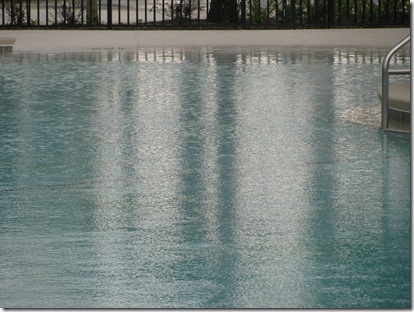 After some immature fun in the pool in the rain, we warmed up in the hot tub then high tailed it home because I started to get really hungry!  Breakfast held me over really well all day with just the Americano and trail mix, so it was time for some substance.  Hubby wanted to try Papa Johns since we don’t have it in Halifax and we had fun ordering it online and having it delivered so we didn’t have to go out again and were tucked in for the night: 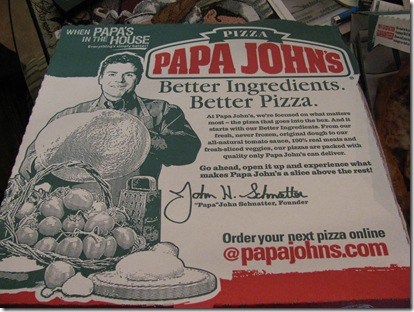 I tried out The Works and we also ordered some “cheese sticks” and I added the garlic sauce on the side. I keep forgetting that not everywhere has “garlic fingers” as a regular item on the menu.  I’m used to it being almost a given to order with Pizza.  I’m telling ya, “cheese sticks” aint got nothing on garlic fingers!  And the only difference is that you put garlic butter on the dough before the cheese.  The rest of the world needs to hop on that bandwagon stat! 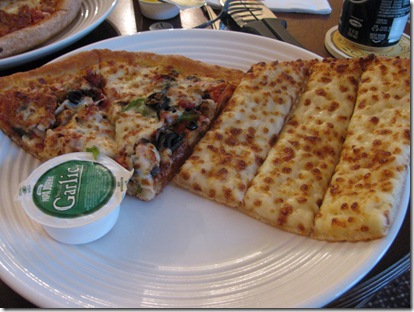 It was “okay” but at this point I’m really sick of eating out and nothing is feeling like a “treat” anymore.  It was kind of hard to choose anything remotely healthy and appealing from their menu, so I just went with it.

So that is the end of my “rest” days because the post is devoted to our amazing day at Seaworld, so stay tuned!!!

In case you missed it, don’t forget to check out the rest of our vacation thus far: