Well maybe not better, but perhaps just as good.

I have always read the book before watching the movie, and if for some reason I missed the fact the movie was based on a book, then I will proceed to read it.

And, in my opinion, the book most always beats the movie. In recent times, I have simply read the book and if I was happy about it, I did not watch the movie, as I didn’t want to be disappointed and upset that the movie did not capture the characters I had come to feel for.

There are a few exceptions and one that comes to mind is Chuck Hogan’s The Town (M), originally published as The Prince of Thieves (M). I read the book and loved every single word of it! I think I wanted to see the movie as Ben Afflick was to be the main character and direct the film. I was curious to know if they could create what Hogan so passionately wrote. Well, for anyone who have watched the movie, they did a really good job! They couldn’t possibly put everything into the movie, but as I watched, I was reliving what I had read.

Television too is taking book series and creating “real-life” characters. For all us readers out there I am sure its both awesome, and on times, disappointing. I have wanted to watch Bones (M) for quite some time now (remember, I don’t have cable!), but was wary of starting it without ever reading a book from the series. Thus, I requested the very first book, Deja Dead (M) by Kathy Reichs, published in 1997. Yes, it has been that long – I was in grade 9!

I read the book in less than a week and promptly requested the second, Death du Jour (M). I loved the first and the second proved to be just as mysterious, nail biting, and involved. I am eager to continue the series, swapping for some young adult fiction in between to keep up on the all the books I want to read, and then to finally watch the television show!

Other popular television shows that follow a book series are: 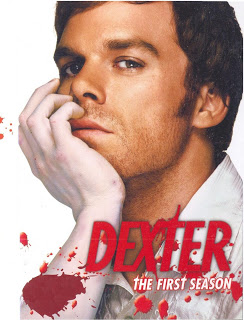