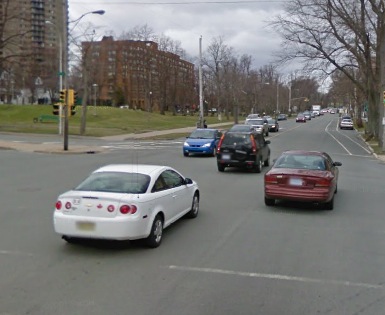 An 18 year old male is in hospital with injuries after a stabbing, and a driver runs a red light causing an accident in Downtown Halifax.

An 18 year old male is in the QE11 with non life threatening injuries after being stabbed earlier this evening in Spryfield.

The male made his way to the QE11 with a wound to his torso. At this point, investigators have not determined the exact location of the incident, but believe it occurred just prior to his arrival at hospital somewhere near the 400 block of Herring Cove Road.

Investigators have spoken to the victim in tonight’s stabbing. They believe the incident took place outside of the Quik Way at Herring Cove Road and Sylvia Avenue.

The 18 year old male victim made his way to the QE11 at approximately 8pm with a stab wound to his torso. He remains in hospital with non life threatening injuries.

The victim is uncooperative.Investigators believe this was not a random act and that the victim he knew his attacker. There is no information on a potential suspect at this time.

Officers were dispatched to a motor vehicle accident at South Park St and Morris St in Halifax.  Two vehicles were badly damaged.  One vehicle driving south on South Park Street failed to stop at a red light and struck vehicle #2 driving west on Morris St.  There were no injuries to any of the occupants.  One driver was issued a Summary Offence ticket under the Motor Vehicle Act for failing to stop at a red light.