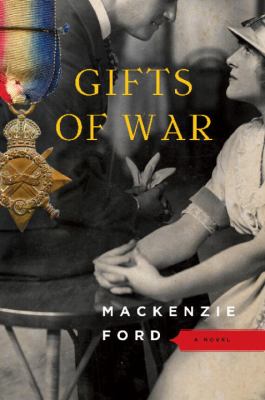 War demands an “us vs them” mentality. It does not understand or feel sympathy for the plight of star-crossed lovers.

Sam, a young English woman, and Wilhelm, a visiting German language teacher find this to be the case in Gifts of War by MacKenzie Ford. They fall in love, never suspecting that war is just around the corner. Wilhelm returns to Germany, is drafted into the army and cannot make contact with Sam again. Sam, pregnant, is left behind.
The story centers around Hal Montgomery, a fairly well-heeled intelligent young man, who finds himself an officer leading his men in the trenches. On that very famous Christmas truce of 1914 Hal exchanges presents with a German officer (Wilhelm). He promises Wilhelm that he will track down his girlfriend and give her his picture. Soon thereafter Hal is wounded and invalided out of front line service. He fulfills his promise to find Sam but, is so entranced by her, finds he is unable to tell her about Wilhelm.
Gifts of War was written, pseudonomously, by a British historian and does capture the time period. A generation of young men were being wiped out. The old rules didn’t seem to fit anymore, yet Victorian values still set the standards. Women were beginning to take on more traditionally male roles and to face traditionally male risks. 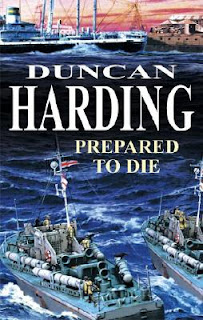 Hal, while deeply in love with Sam and sensitive to her predicament, is also a soldier with a soldier’s job. He, although unfit for battle, makes his contribution with his sharp intellect, gift for language and courage in the world of intelligence and espionage. A man with these qualities and who otherwise displays a depth of character is at odds with his decision to hold the truth from Sam. It is this decision which will have life altering consequences for all involved.

If you enjoy reading about this time period and the effects of war on an individual and a nation you might also be interested in Prepared to Die by Duncan Harding. Also concerned with military intelligence, Prepared to Die, sees a British agent deep in the heart of Soviet Russia in the years following World War I. Most of the action of Gifts of War happens on the homefront.

The Measure of Days by Cynthia Harrod-Eagles is a portrait of families waiting for that ultimate call and knowing their goodbye might be the last.
In Gifts of War, Hal’s sister Izzy is a front line nurse and we are treated to her unique perspective on war. Similarly in Life Class by Pat Barker students from the Slade School of Art leave the artistic world behind to tend to the wounded at the front.
Finally, on the subject of forbidden love there is Transgression by James W. Nichols. This time its World War II and a young French woman is in love with a German soldier. She hopes that in Canada, she can escape her past.