Part love letter, part eulogy, Just Kids by Patti Smith is a chronicle of her relationship with Robert Mapplethorpe, the beginnings of their artistic lives and a portrait of life in New York in the ferment of the sixties and seventies.

Both Smith and Mapplethorpe were born in 1946 and shared a devotion to their art and to each other. Smith left her family and home in New Jersey, perhaps prodded on by an unplanned pregnancy and adoption, at the tender age of 21. She was armed with only her passion for poetry, rock and roll and a purloined copy of Illuminations by Rimbaud. Upon her arrival in New York she met Mapplethorpe and their connection was immediate.

Life was certainly a struggle. Initially homeless and hungry, Smith and Mapplethorpe pooled their resources and energies to sustain life as well as art. Smith was frequently the consistent breadwinner and every penny had to be carefully planned. Would they buy food or art supplies? Smith describes how they would have enough money for one of them to visit a museum and the chosen one would describe the exhibit to the other left waiting outside. In spite of this they never wavered from their dreams, even before their dreams fully took shape. Mapplethorpe went on to become a photographer perhaps best known for his provocative the controversial imagery, and Smith’s poetry lead to song writing and performance.

Just Kids is modestly written. Smith never doubted that she belonged in this artistic community, but you aren’t left with a strong impression of her lasting influence. She does talk about the other artists who were a part of her world. Andy Warhol had a major influence on Mapplethorpe. She and others were devastated by the deaths of Brian Jones, Jimi Hendrix, Janis Joplin and Jim Morrison. She tells a touching story about Allen Ginsberg mistaking her for a boy and buying her a meal. When asked later how she will remember him she says that when she was hungry, he fed her. For a more critical look at her work and her influence consider Please Kill Me: The Uncensored Oral History of Punk by Legs McNeil and Gillian McCain and Patti Smith: Dream of Life by Steven Sebring.

Although both Smith and Mapplethorpe had families and soft places to land, they embraced the bohemian New York lifestyle. Smith was particularly struck by the Chelsea Hotel. The Chelsea Hotel, for decades, has been a haven for writers and artists. (Today you can have a room to $200 a night, then you could stake a claim with your portfolio.) She was inspired by her room’s proximity to Dylan Thomas’ room. When they 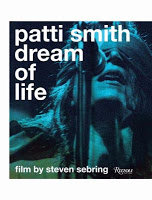 moved on to larger quarters, she regretted leaving this historic space and her friendships behind. Legends of the Chelsea Hotel: Living With the Artists and Outlaws of New York’s Rebel Mecca by Ed Hamilton goes into more detail about the artists who flourished (or didn’t flourish) in this residence and for more on Dylan Thomas’ short life try Dylan Thomas: A New Life by Andrew Lycett.

I read Just Kids immediately after reading Among the Bohemians: Experiments In Living 1900-1939 by Virginia Nicholson and was struck by similarities. Although in a different time and a different country, the artists shared a desire to live life on their own terms. They sought to cast off constricting societal rules. They dressed in alarming ways, grew their hair long (or cut short for women , and lived and loved unconventionally. They painted their pictures, wrote their poems and were often hungry. Sound familiar? And again, more on Dylan Thomas.

The title, Just Kids, seems very appropriate for this memoir. In the midst of rather dangerous situations (drug use, hustling), this is a portrait of two kids alone in the world caring for one another. You can’t help but to be moved by their innocence and enthusiasm. They believed completely in each other’s talents. Although events did not take place that long ago, it does seem like a different age.

Consider also Chronicles: Volume One by Bob Dylan for another view of the New York music and art scene of the 1960’s and The Coral Sea by Patti Smith. The Coral Sea is her poetic elegy to Robert Mapplethorpe. 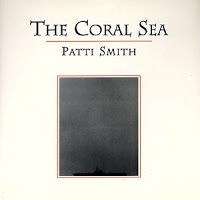