Stephen Fry, actor, writer, director, producer, television presenter, technology aficionado, and also novelist, is a very busy man. He has written a number of funny novels, however, one that takes a different turn is The Stars’ Tennis Balls. Released under the title Revenge in the US, the stars’ tennis balls refers back to a scene in the Duchess of Malfi expressing how we are all subject to fate’s cruel whims. 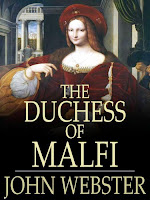 Disaster strikes with what appears to be a series of fairly innocuous events. The sum of all the events adds up to catastrophe. It begins with Ned and Portia, two charmingly delightful teenagers, who meet and fall deeply in love. They are intelligent, kind-hearted, attractive and privileged, and very irritating to some of their less advantaged friends. What begins as a (relatively) harmless plot to give Ned his comeuppance by planting marijuana in his pocket, spirals completely out of control. Unbeknownst to the conspirators is that Ned (without his full knowledge) has been entrusted with a letter from an dying IRA terrorist. The drugs become the least of his problem as he is caught up a series of bewildering events which strip away of life and land him in a remote psychiatric facility. He has decades to formulate his revenge.

This psychological thriller delivers frustration that is palpable. The sense of unfairness and helplessness is enough to make you want to stamp your feet. And then the revenge. At first you expect that the life well-lived, plus a little financial ruin, plus public humiliation will be enough, but no, events continue to spiral and the revenge takes a very dark turn.

The Stars Tennis Balls is a reworking of The Count of Monte Cristo by Alexandre Dumas. The similarities are fairly obvious (Ned=Edmund Dantes, Leclare=Leclere, Babe=Abbe Faria). Like Ned, as Dantes exacts his revenge on his enemies, he reveals his true identity worsening their despair.

For other stories told in the style of The Count of Monte Cristo, consider:

Prisoner of Birth by Jeffrey Archer – “…Danny is sentenced to twenty-two years and sent to Belmarsh prison, the highest-security jail in the land, form where no inmate has ever escaped. However, Spencer Craig, Lawrence Davenport, Gerald Payne and Toby Mortimer all underestimate Danny’s determination to seek revenge…” – dust jacket.

Exact Revenge by Tim Green – “For twenty years, Raymond White has waited. Living in a maximum security prison in upstate New York and convicted of a murder he didn’t commit, his only thoughts are find the men who put him there….Outside the prison gates, unimaginable wealth from a hidden cache awaits. That and a new name would give White the power to make every one of his enemies pay, and pay dearly. For those men, death would be a blessing.” -dust jacket.