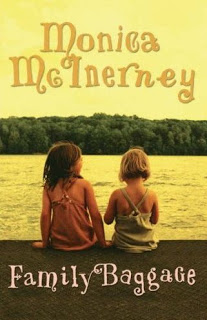 I recently read an article about a debut British author – Joanna Smith Rakoff – who had to change the title of her book long after having settling on it. The reason? Author Colm Toibin’s new novel was planning on calling his novel the same thing. Unfortunately for Rakoff, Toibin had more pull – so Toibin’s new novel is Brooklyn and hers is A Fortunate Age.
On a slightly different note, this story reminded me of a striking similarity I’d noticed here in the library collection a few years back: the similarity of the covers for Monica McInerney’s Family Baggage and Emma Richler’s Sister Crazy. It seems crazy to me that two books could turn up with essentially the same cover. 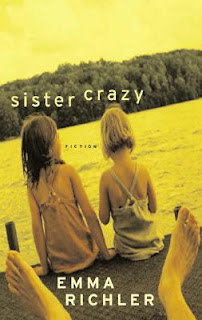 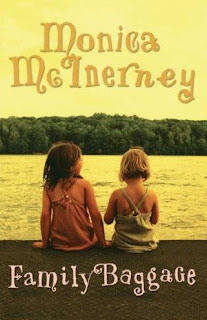 When I started doing a bit of digging around, I was surprised to find out that this is much more common than you’d imagine. Hard, Hard City by Jim Fusili is a hard-boiled crime novel set in NYC. Between Two Rivers by Nicholas Rinaldi is a series of interconnected short stories that tell the lives of residents of a NYC apartment building. The NYC setting would seem to be the
only thing they have in common -until you see the book jackets from the hardcover editions: 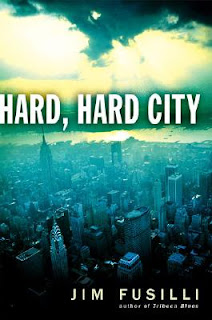 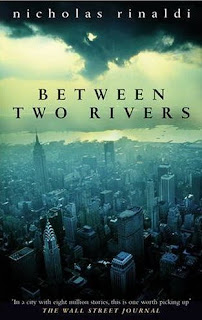 If you’re interested in this, check out a blog called The Rap Sheet which has made it a bit of a mission to note cases of this. (click on the link to go to the page – search the word “copycat” in their search bar).
Incidentally, back to the first titles mentioned in this post. Joanna Smith Rakoff’s book sounds like it’s about to take off into a hit. Centring around a group of recent university graduates living in Brooklyn (there’s why she wanted the title) in the late 1990s, critics are saying it’s bound to become the next classic New York coming-of-age novel. Comparisons to Mary McCarthy’s 1960s novel The Group are already starting to pile up.