I have a standing Sunday brunch date with a group of friends, all of whom are big readers. This means that, when we meet, our conversations almost inevitably turn to books. This week, one friend was telling us that, because part of her ancestry is Polish and it’s a history she’s not terribly familiar with, she’s been “reading a POLAND book”. Apparently it’s been quite an undertaking. The book of which she speaks is James Michener’s Poland, all 556 pages of it; heavy going, apparently, but enjoyable nevertheless.

The only Michener I’ve ever read was The Source, which effectively covered the entire history of Israel, from BCE to the modern state. The main plot device is an archeological dig and every layer removed allows for another era’s story to be told. 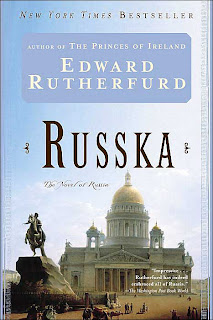 This style of historical fiction, spanning the entire history of a place and creating a family whose descendants we follow through the centuries, is the same epic structure employed by Edward Rutherfurd in historical novels like Sarum and Russka.

My friend’s primary desire to read this particular book on Poland was because most of what she had previously read was WWII-based and she wanted to read something that happened in ANY other time period! I then realized that pretty much every book (and that’s not a long list) that I’ve read about Poland has taken place during the war. There are two standouts, though. 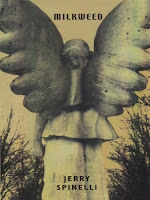 The first is actually a Children’s book (grades 5+), but it’s so intensely powerful that I want you to know about it anyhow. It’s called Milkweed by Jerry Spinelli and it’s about a young orphan boy living on the streets of Poland. He’s heartbreakingly naive and believes his name is Stopthief, because the merchants from whom he steals something to eat always scream it at him as he runs away. Because he has no family or friends, those are the only interactions he has. When the Nazis march into Poland, he believes it’s a grand parade and hopes to join their ranks one day, ignorant of who they are and the very grave danger they pose to him. The beauty of the friendships he forms, the selflessness of the boy’s actions, and the sorrow of watching him gradually lose his innocence make Milkweed a wonderful book. 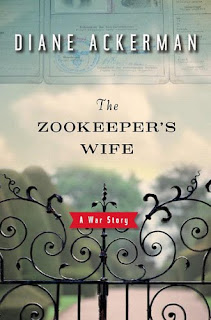 The other standout is The Zookeeper’s Wife by Diane Ackerman. The keeper of the Warsaw zoo was a member of the Polish resistance and when the Nazis invaded, he and his wife began smuggling Jews into the animal enclosures and their own home. This is a nonfiction work about Antonina and her struggle to care for the physical and emotional needs of her son, her unborn child, her husband, her animals, and her secret and dangerous “guests”.