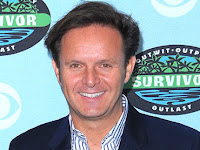 On Thursday I had the pleasure of joining a conference call with other entertainment reporters and Survivor executive producer Mark Burnett. He had a lot to say about the upcoming season, which premieres this Wednesday.

On the new “Redemption Island” twist:

Burnett said the key to Survivor‘s success is to always keep ’em guessing. “We have kept it fresh,” Burnett said. This time, the producers have played with the idea that snuffing out a player’s fire will remove them from the game. Previously, players who were voted out of the game were just that – voted out of the game. Now, they’ll be sent to redemption island to fight for the chance to re-enter the game. But this isn’t that “outcasts” mistake from Pearl Islands all over again. Burnett said eliminated players will live alone, under the same conditions and with the same amount of food.

Eliminated players will duel for the right to stay on the island – but we won’t see that until the third episode. Sound good? Contestants from the tribes will also get to come watch the duels as spectators.

One way the new twist will change the game, Burnett says, is socially. “Smart players start to realize the consequence of blindsides, the consequences of how you treat others. In the past the only time that mattered was with the jury. Right now from the very, very beginning, now you’re starting to think, uh-oh, what if I do this in an awful way? What if this person wins Redemption Island duel and comes back? That really adds a layer to the social game.”

Not everything has changed, though. Burnett believes that the core values of Survivor have remained the same. “The core values, as you know, you can probably cheat and lie and steal your way, a long way along, in certain things in life and in Survivor. But you really can’t win and Survivor shows you that. The only way you win Survivor is the very people that you had a hand in getting rid of turn around and give you the gift of a million dollars. Someone who screws people over the whole way along can sort of get near the end, maybe to the final three, but they’re unlikely to be given the gift of a million dollars by the people that they screwed over.” 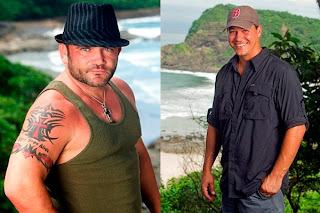 On Russell and Boston Rob:

“I think the two of them probably have an advantage,” Burnett said. They’ll surprise the other players when they arrive in a helicopter, Burnett said, but then Jeff Probst will tell them “Here, one player per tribe and you can get rid of them if you want, or use them to your benefit. Either use that experience to get you to the end or fear that experience and get rid of them. It’s up to you.”

“The end game is not to try to get to the final Tribal Council. The end game is to get the gift. The gift isn’t coming from CBS or me, the gift is coming from the jury,” Burnett said. “I think the biggest lesson from that, in the past, has been Russell, who has managed to get himself to the final Tribal Council twice but the way he played the game never allowed him to be given the gift of a million dollars.“


Burnett said there wasn’t anything in particular that was learned from the Survivor: Nicaragua experience, but they have changed the rules about quitting after what happened with Kelly and NaOnka.

“I was frustrated, I think Jeff was more frustrated just because I’m producing the show, Jeff is actually on the show and living that journey,” Burnett said. “The biggest struggle we had was that based upon precedent and legally there was no way to kick them off the jury. Even though, believe me, Jeff would have done that in 5 seconds and I would have approved that however, we are all smart and have been doing this for 11 years.  It’s like a board game, right, with certain rules. The analysis we quickly came to and CBS confirmed, which was, because people didn’t start the game knowing that if you quit you would be kicked off the jury and because in the past someone, I forget who it was, [Janu] quit and had been on the jury, there was a precedence.”

Burnett said another problem was that had they not allowed the quitters to take part in the jury, the loser of the final vote could have called foul. Now, he said, “We’ve made a change going forward, if indeed someone were to quit, it would have to be pretty extraordinary circumstances for them to stay on the jury.”People really want to be on this show and therefore if somebody quits it means that someone else who spent years applying didn’t get the opportunity. It’s disrespectful.”

On the future of Survivor:

Burnett didn’t answer a question about Jeff Probst’s future with the show (it has been suggested that he could be a replacement for Regis Philbin) but he did say he plans on continuing to make seasons of Survivor. “Based upon ratings it seems [Survivor] went up in Season 21, despite the move to Wednesdays, and improved the time slot for CBS. The assumption is that we’ll continue making Survivor because hit shows stay on, and those that don’t don’t stay on. Logically, it seems like Survivor will stay on.”

As for the news that Survivor producers favorite Russell Hantz had been leaking results to the media, Burnjett again had little to say. “I found out the same time you found out. I read it online. I have no idea about it. Don’t know if it’s actually true because I honestly as of this minute, I still have not had a conversation with CBS or anyone even about it. Actually I was thinking about this yesterday, I should probably call someone.”

And what about a celebrity version of Survivor? Probably not. “Am I thinking of doing a Celebrity Apprentice version of Survivor?” Burnett said. “No. Has it ever come up in meetings with all of us? Sure, everything comes up in meetings. It’s just that the game really, really works. For charity, yeah, if CBS wanted to and it was a really good reason and it was like a shortened version for charity, at some point. Yeah. That wouldn’t be such a bad thing.”

On recruits vs. applicants:

Burnett never said the word “recruit”, but one question got him close. Of complaints that too many players on Survivor: Nicaragua weren’t fans of the game, he said “Mainly people who get on Survivor have watched for many years. Occasionally there are people who will get on the show who aren’t such experts of the game but we feel there’s a reason that they should be given a shot to be cast. All sorts of casting things come our way.  We just try to make the best balanced cast that we can.”

Burnett said “You would probably think that somebody who really, really knows that game would be better at it,” but he compared the game to the Superbowl. “A team can practice strategy over and over, but when the game starts can you keep your cool and come through on the strategy? Well, that’s what Survivor‘s like.  You know how you’re supposed to play, but can you keep your wits about you when everything is going to sh*t?”

“It’s one thing contemplating Survivor, a whole other thing being out there and not eating and being in that temperature.  It depends on how you deal with the actual conditions.”

Survivor: Redemption Island begins this Wednesday night. Will you be watching?