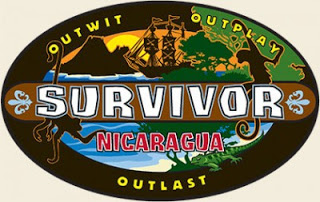 During most of last night’s episode of Survivor, I sat on the couch with my mom and whined “They’re making it to obvious! It’s too clear that Fabio is going home! What a boring episode!”
OK, so Fabio didn’t go home and it wasn’t exactly the predictable episode I’d complained of. So now I have a new complaint: How the hell did Benry get voted out?!
Seriously? Did not really see that one coming. Let’s break the episode down. Jane, Holly and Chase are in an alliance. Fabio, Dan and Benry are also in an alliance, albeit and much less effective and loyal one. And Sash is in the middle, wondering which side will offer him the best deal.
Team Hick wanted Benry out, or maybe Fabio. Team Dude wanted…Jane out? Holly out? Really, that was kind of unclear. They did not have a coherent enough strategy. In the end, Sash sided with Team Hick (more on this later, but I think he made the wrong choice) and even managed to get Dan and Benry on board with voting out poor Fabio. They told Fabio they were all voted Holly and it was a done deal.
And then instead, Sash and Team Hick (I say this in the most loving way possible, by the way…) decided to vote Benry! So Fabio voted Holly, Dan and Benry voted Fabio, and Benry went home. It’s not that I think this was a terrible move. It just seemed to come out of nowhere. I mean, why lie to Fabio if you don’t have to? Why make an enemy? Was it a last minute decision? Was it because Benry was so quick to betray his buddy Fabio? I’m not sure. I just think the episode might have been more interesting if we’d know there was a serious chance it could be either Fabio or Benry.
Broken Promises 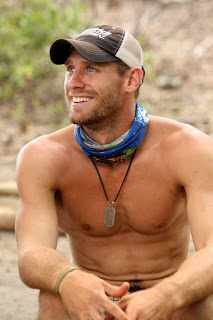 The episode started off with an interesting promise from Chase – that Sash was next in line after Holly to get brought along on a reward. This was a bad move on Sash’s part. Yes, Holly is an obvious choice for someone to take on a reward. Anyone who won that challenge and didn’t take Holly would immediately be classified as Jackass No. 1. But after that, the choice should be all about strategy. You take someone because you want to talk to them. You take someone because you don’t want them talking to anyone else. You take the person who came in second because it’s the “honorable thing to do” and no one can criticize you for it. So for Chase to promise to bring along Sash, I think, was a mistake. Why? Because even though it was absolutely the best decision to bring Sash on a reward, breaking that promise would make one look like a giant tool. And what did Chase go and do…?
Chase won the reward. The giant obstacle course challenge that recalled past challenges was exciting, and the reward was appropriately awesome. Not only food, but a shower and an overnight stay somewhere that is not outdoors? Epic. So Chase won and immediately selected Holly as Companion Number One. But his second pick? Sorry Sash – Jane, come on over here!
Yeah. Not only did Chase break his promise to Sash, he also made his own loyalties very clear and left Sash to hang out with the enemy and form an alliance. I don’t think he could have made a stupider move, and what I loved was that Holly knew it (and told him so). I think at this point Chase might be the dumbest person in the game (if you don’t count Dan, and really, who does?). The guy does not have a strategic bone in his body!
Playing Chicken
I don’t know what I loved more – the fact that the boys named the remaining chicken after Kelly and NaOnka, or the fact that they ate it while everyone was gone. I totally would have done the same thing. 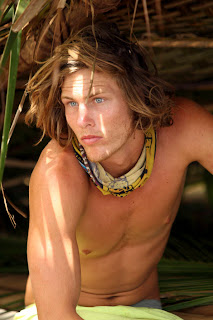 I have to say, I think Dan, Benry and Fabio really misused their time alone with Sash. The conversation among the four of them where Sash stammered about wanting to know their strategy was painful. What, were they supposed to offer him final two or three right there? Of course not! The three of them can’t tell him “Come with us and we’ll take you to the final three” – who would have volunteered to step aside to let that scenario take place?

What needed to happen (and maybe this did, and we didn’t get to see it) was for one of the guys to take Sash aside and offer him a deal. For example, Fabio could have pulled him aside and said “Listen man, side with us and we’ll go to the end. If it’s a final three we’ll take Dan because he’s a useless lug and no one will ever vote for him. We’ll make Benry think he’s final three instead but really cut him loose before that.”
That’s what Sash needed to hear, and while he heard it from Chase I’m not sure he ever heard it from Fabio, Benry or Dan. Also, the most awkward moment of the night was when Sash asked Chase to swear on his dead father’s life that they’d go to the end together, and then realized how inappropriate that request was before he’d even finished the sentence. Nice work, Sash.
I’ve never been a Jane fan, so I will admit that quite a lot of eye rolling went on when she returned to camp to find out that her beloved pet chicken had been killed. She wasn’t mad that the guys ate precious food without her. She was mad that they killed her friend. And then she dug a grave for the chewed bones, or something. That is why I do not like Jane. That, and…
Fool’s Gold
The way she could not shut up during the challenge. Seriously? It does not count if you root for EVERYONE. Do people go to basketball games and yell “Come on Kobe, you can do it!” when he has the ball, and then immediately cheer “Good job, Lebron!” when he gets possession? No! You either support one person/team for victory, or you keep your freakin’ mouth shut! 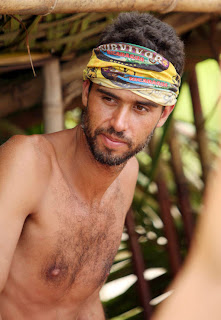 I wasn’t a huge fan of this challenge. Contestants had to unwind a bunch of rope until they had enough to grab a bag of puzzle pieces shaped like gold coins. The first three people to do so would move onto the next round, where they’d have to solve the puzzle. But wouldn’t it have been more exciting if everyone had had a shot at solving a puzzle? The three guys who advanced – Sash, Fabio and Benry – really struggled with the puzzle. It would have been great to see someone come from behind and finish the puzzle quickly. Besides, the reward challenge had already been one of those “X number of people will move on to the next round” challenges, so it would have been better to mix it up a little.
I was rooting for Fabio to win the challenge, but even spying on Sash’s progress couldn’t help him out. Sash won the challenge, putting him in a pretty awesome position – he had an immunity necklace, an immunity idol, and was the all-important swing vote. Considering in the last 48 hours he’d lost his entire alliance, I’d say that was a pretty sweet deal.
Changing Tides 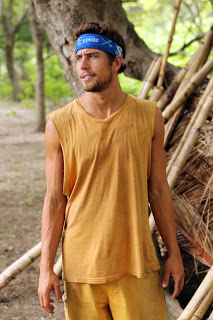 Tribal Council was pretty dull, if you ask me. No one seemed to have much to say, except for Benry who announced he felt pretty confident that things would go in his favor. Psych! Despite all signs pointing to a Fabio exit, Benry was given the boot. He was never much of a character this season, and will be remembered only for his idiotic nickname and his rude “dirt squirrel” comment. I don’t know about you, but I’m certainly not going to miss him.
Now let me tell you why I think Sash made a mistake. Yes, it’s possible that Chase/Holly made him a better offer. But I’d much rather sit next to Dan and Benry in the finals than Chase, Holly or Jane. Plus, they’re a pretty tight threesome. Can he even trust that Chase won’t have some sort of epiphany and decide he needs to take Jane and Holly to the finals? Benry and Dan were the two least likable people left in the game, and I think Sash should have tried to go to the end with them. At this point, my top priority would have been to get rid of Jane. She’s shown she can win immunity challenges and could get a lot of votes in the end. Do you think Sash made the right choice?
Well folks, this leaves us with six players and only two episodes left. Will we lose two people next week, or head into the final episode with five remaining players? Can Fabio recover from being left out in the cold on this vote? Will Dan get strung along to the finals as he’s now the most appealing player to sit next to? Will these people smarten up and realize they shouldn’t sit next to Jane or Holly in the end?