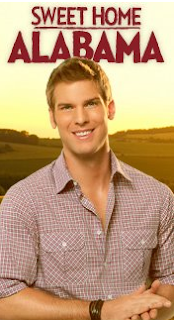 Oh Sweet Home Alabama fans, we have so much to talk about.

Friday night’s episode saw Tribble go on a date with the most disliked girl in the house, Ashley Ann Vickers. That girl? Yeah, she’s a real piece of work. Tribble also took San Diego city girl Cassidie Sheets on a date, and all the girls accompanied Tribble to his old stomping grounds, Clemson University, for a football game. The episode had a ton of drama, some kissing, and in the end Tribble sent three more girls packing.

So, we all kind of think Ashley Ann is a sociopath, right? OK cool.

Like most good things in my life, I watch Sweet Home Alabama because my mom told me to. And after she watched this week’s episode, she emailed me to say that Ashley Ann girl “is a real piece of work”. And of course, my mom is totally right. Let’s talk about the fight that erupted between Ashley Ann and Mandy. For some reason, Ashley Ann spent the rest of the night after getting asked out on a date by Tribble sobbing in a corner alone. Why? Oh, I guess Hailey Glassman was her BFF. Riiiiight. That seemed about as genuine as Kristina with a K’s fingernails. Or hair. Or – well, you get it.

Now, there are a few important things to note about the argument the two had. Mandy made some snarky comment about Ashley Ann because, well, Mandy is a hothead. That doesn’t seem to be a disputed fact, even among the girls who liked Mandy or Mandy herself. But later, when Mandy was in her room with a few other girls, Ashley Ann came in and continued the argument, and completely changed the tone of it by bringing up Mandy’s child. Like, really? That’s basically the lowest you can go, to question someone’s parenting. It really set Mandy off, and while Mandy screamed about how Ashley Ann shouldn’t have gone there, Ashley just stood there calmly, like an ice queen. She purposely pushed Mandy’s buttons knowing that Mandy would freak out and look like a nut. See? Sociopath. (Please don’t tell her where I live!) 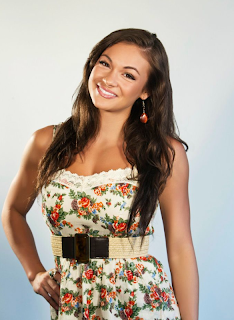 So Ashley Ann got to go on a date with Tribble. First she showed off her barrel racing skills. OK fine, whatever. She can ride a pony really fast. But the real showing off came afterwards, where Ashley Ann demonstrated all the ways she flirts with a guy. Look into his eyes, smile a lot, touch his arm…that’s as much as AA would tell us, because she doesn’t want to give away too many “secrets”. Apparently she thinks none of us have ever picked up a Cosmopolitan or Seventeen magazine. Oh, and sweetie? You forgot to add “Just be yourself!” to that list. You forgot to do it, too.

Ashley returned home from the date with a giant bouquet of flowers, which I’m pretty sure were props from the barn where she and Tribble had their date, but I like to think that Tribble didn’t give them to her and she really did take them with her just to make the other girls jealous. 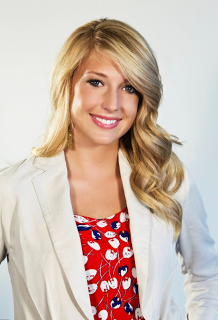 After a nauseating date with the insufferable Ashley Ann, Tribble’s date with Cassidie was a breath of fresh air. I’ve liked Cassidie all along, but only because of her bio – homegirl is a fashion blogger from San Diego. A blogger with an amazing wardrobe from one of my favorite cities? How can I not root for her? This was the first time Cassidie got any significant amount of screen time, and she came across as nice and down to earth.

Tribble and Cassidie just went for a drive and hung out in the well blanketed and cushioned bed of his pickup truck, which is exactly what I love about Sweet Home Alabama – low-key, normal dates.

Following tonight’s elimination there are only three city girls left, and of them I think Cassidie seems like the best fit for Tribble. Of course, there’s still some stiff competition from the country girls but we’ll get to that later.

So the big moment this week was Tribble and the ladies’ trip to Clemson. When I interviewed Tribble last week he told me this was one of his favorite parts of the whole Sweet Home Alabama experience, and I can see why – apparently, the dude is a rock star there.

EVERYONE seemed to know Tribble, from the football coaches’ kids to the secretarial pool. But instead of coming off like just another campus legend, he seemed to be a genuinely well-liked dude. That was nice to see, and as he threw around a couple of kids, you could basically see the girls melt with newfound affection for the guy. 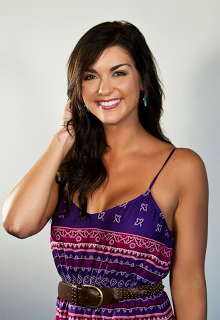 Tribble shared intimate moments with a few of the girls during the date. He spent some alone time with Paige, who he attended Clemson with back in the day. She opened up about a nude photo scandal that had seriously impacted her small town existence, and he was really nice about it. I think Tribble and Paige’s shared history could really help them form a bond he might not have with the other girls.

Tribble also introduced Cassidie to his mothers-away-from-home, some ladies who worked at Clemson. Cassidie seemed really touched to be chosen for that, and you could see how much she likes Tribble in the way she interacted with them. Later, Tribble also shared a kiss with Mandy on the football field. All the girls saw and for the most part were cool with it – although Ashley Ann decided to be a terrible person and say the sight of Tribble kissing Mandy made her want to gag. 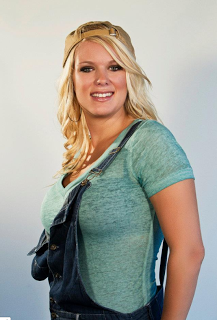 OK now, a word of advice to Mandy: Please choose more flattering outfits! I like you, I think you’re spunky and cool. I also think you look a lot like Busy Phillips, who is both beautiful and funny. But the rolled up T-shirt? That look works for almost no one. You know the “1%” that the Occupy Wall Street people are talking about? Well I think the 1% are girls who can pull off that look. You’re a pretty girl, so please do yourself justice and wear clothes that make you look your best!

Now, a couple of girls definitely did not make great impressions during the Clemson trip. First of all, Alex. She spent a little alone time with Tribble and there seemed to be no spark or common ground between them. But the real problem child was Erin. What a sourpuss! She refused to enjoy herself during the football game because she didn’t like the outfit she’d been put in. She thought it was too skanky. OK, maybe I wouldn’t have been super comfortable in it either. But you know what? The date was a cool experience so I would have gotten over it and had a good time, not sulked. Plus, her outfit was no more revealing that the postage stamp dress she wore for the elimination ceremony the following night.

Like Devin last season, I’m really impressed with how Tribble has been making his decisions on this show. I’ve watched a lot of seasons of The Bachelor and The Bachelorette and have already seen more logic used in one and a half seasons of Sweet Home Alabama. I really hope this show never sells out and turns into The Bachelor(ette).

First, Tribble sent home sweet country girl Tara. It didn’t seem to be anything personal – they hadn’t spent a lot of time together, there didn’t seem to be a lot of chemistry and, most importantly, Tribble had fallen for her BFF Cassie and didn’t want to come between friends. It was a tough reason to send someone home (and probably made poor Cassie feel like crap) but you can’t fault Tribble for trying to be an honorable guy.

Next Tribble sent Alex home. She’s only 19 years old (!) and is definitely not looking to settle down anytime soon. That was an easy elimination.

Finally Tribble sent Erin home, because he wasn’t impressed with her sulky behavior at the football game. Again, an easy elimination – the drama Erin caused before leaving was proof enough of that.

Next week, Tribble will go on dates with Tristan and OClicious Kristina with a K. They go to a honky-tonk bar and get dirty looks shot at them from locals! Now that’s a date I can’t wait for.

Tribble has nine girls left – six country girls and three city girls. Of the city girls, I really can’t see him with Kristina or Jackie, but I think we could see Cassidie stick around for a while longer.

Of the country girls, I think Mandy will be the next to go. Tribble might be ready to think about settling down, but you have to do that a hell of a lot quicker when a child is involved. Not a lot of 26 year old guys are ready for that right away. Courtney seems like a sweet girl, but her age isn’t listed in her bio and she looks awfully young – possibly too young for Tribble. And obviously, I also hope Tribble doesn’t end up with Ashley Ann. That would just be plain tragic.

Cassie is obviously a frontrunner, and I wouldn’t be surprised if she was in the final two. But I think Paige and Tristan also seem like they’d be good matches with Tribble.

So what do you guys think? Did you like Friday night’s episode? Are you afraid of Ashley Ann? Any ideas on who Tribble will or should end up with? Tell me in the comments!