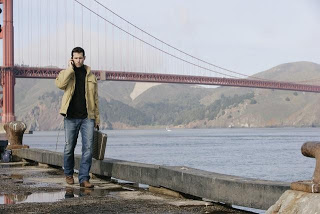 So, I caught Take The Money And Run last night, a new ABC reality show where two people have an hour to hide a briefcase containing $100,000 and then must spend 48 hours in a cell while real life investigators look for it. Did y’all see it?

Here’s the thing – it didn’t look hard at all! The “hiders”, brothers Raul and Paul, made a bunch of phone calls and stops (investigators and privy to phone and GPS records) and ended up burying the briefcase in a park. And then the investigators started interrogating them.

The catch? They only have to stay in those cells for 48 hours! Who can’t keep a secret for 48 hours? Well, apparently Paul. Yes, despite their similar names, Paul was immediately pinpointed by investigators as the weaker brother and he lived up to his stereotype. Raul is physically fit, has a job, a home and a take-charge personality. Paul is overweight, lives with his mother, plays video games all day, and apparently buckles rather easily under pressure.

The investigators could use the phone records and GPS to try and pin down the location of the briefcase to a certain extent, but they relied heavily on information given to them from the brothers. So why would you say anything to them at all? When they ask “What’s the first thing you say to each other?” I would respond with “I said ‘Did you catch The Bachelor last night’, and he said he hadn’t.” Why would you actually tell them what you discussed?

I mean, you wouldn’t even have to lie! Just answer every question with “I can’t recall.” Sit there in silence. Quote some Britney Spears lyrics to them. Anything. After all, once 48 hours passes you’re out of there with a cool $100,000. That’s over $2000/hour to just sit there and do nothing! Frankly, the entire interrogation bit seemed to me like a great opportunity to provide some sarcastic, snappy comebacks to authority figures without facing the consequences of real life. Why be polite and well-behaved? It’s a TV show, you’re not actually going to be sentenced. 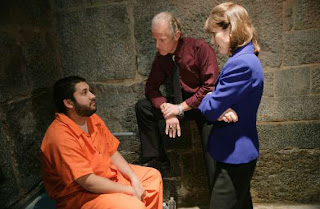 Yet weak brother Paul had to live up to the “fat and lazy” stereotype he’d been painted with early in the episode and crack under the imaginary pressure of it all. What? How? There were literally NO consequences for not telling them where the money was hidden. All he had to do was sit there for about 15 more hours. I mean, I literally laughed out loud when one investigator said “”You can leave here and he [Raul, the strong handsome brother] can stay and rot…til the time’s over.” See? He can sit there and rot…for less than 24 hours, and then he will go home to his normal life a slightly richer man. Yet Paul fell for it! Given the option of going home in 20 minutes or waiting several hours and going home with a briefcase full of cash, he chose 20 minutes.

If he were my brother, he’d be all kinds of disowned. That said, I’ll watch again next week. I mean, not every team can have a link as weak as that schmuck, right?

What did you guys think? Did it look easy as pie to you? Do you think I’m being too harsh on poor Paul and you’re going to call me a big fat meanie in the comments section? Get to it!

Take The Money and Run: Or, The Weakest Link
https://haligonia.ca/take-the-money-and-run-or-the-weakest-link-41719/