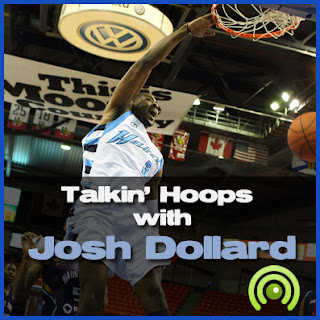 One of the top offensive weapons on this Halifax Rainmen squad this season has been forward, Josh Dollard.  The Auburn alumni has been the leading scorer for the Halifax Rainmen at 16.9 ppg but his scoring has been blowing up even more over this past week.  Dollard put up a season-high 38 points against the Saint John Mill Rats last Friday and then followed up that performance with 31 points against the Quebec Kebs.  His impressive week was enough to earn Josh PBL Player of the Week honours.  Even Rainmen CEO and President, Andre Levingston, praised Josh’s game in the Rainmen’s latest press release.
“He’s been working very hard and is extremely focused on becoming a better player. I believe he will one day have the opportunity to play in the NBA – he’s that good.” said Levingston.
Dollard and the Rainmen are back in Halifax this weekend after a month-long road trip and will face off against the Quebec Kebs on Saturday.  I got the chance to catch up with Josh Dollard and talked a little about his playing style, his thoughts on this season’s Rainmen team, the use of social media for basketball players and his TV-watching habits.

Romy (Haligonia.ca): So Josh, how happy were you when your Auburn Tigers won the BCS title earlier this year? Did Tajuan Porter eat his bowl of snow? (Note: Josh and Oregon alum, Tajuan Porter had  a friendly bet on the BCS Championship)


Josh Dollard:  No he didn’t… (laughs) but I was very excited that we won. I went to that school and I have a lot of friends on that football team. I was very happy for them.

Romy (Haligonia.ca):  This is your first year playing with the Halifax Rainmen, how have you adjusted to living in Canada? Was it a big change for you (being from South Carolina)?


Josh Dollard: It wasn’t too too much of a big change because I’m used to traveling so much as a basketball player – I am still adjusting to the cold weather though, but that’s about it. 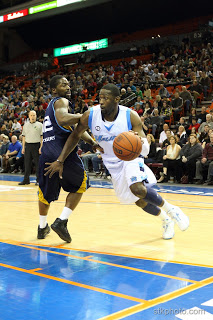 Romy (Haligonia.ca):  For those Rainmen fans who aren’t familiar with your playing style, what kind of game do you bring to the Rainmen? Let’s hear the scouting report on what type of player you are.


Josh Dollard:  I’m a very verasitile player, I like to mix it up. I can play inside, outside, I can run the floor, and I can score from the free throw line, rebound and block shots. With those versatilities in my game, I’d say I can bring a lot of different things to the Rainmen team.


Romy (Haligonia.ca): What NBA player do you try to model your game after?


Romy (Haligonia.ca):  Being a player that’s trying to break into the NBA, how much does the internet (Twitter, Youtube, Facebook, etc.) help a player’s marketing in this day and age?


Josh Dollard: At my stage (in the minors) I don’t think it helps me too much. I think that’s reserved for the guys in the NBA, to really have a strong marketing or social media plan. For me, my focus is just on grinding and getting better, and hopefully getting people at the NBA level to look at me so I can have the chance to prove myself… I’d say internet marketing definitely helps the superstars more than it would help someone at my stage.


Romy (Haligonia.ca):  I did a little research, you’re from a small town named Hemingway, South Carolina. Tell us little bit about the famous Barbecue Shag Festival that’s held in Hemingway every year.

Romy (Haligonia.ca): When you played ball at Auburn, how often did Auburn alumni, Charles Barkley, come by the school when you were there?


Josh Dollard:  He was there two or three times when I was there. I’ve only ever talked to him myself maybe once… he came to a game when we played Kentucky but that was it, really.


Romy (Haligonia.ca):  Lastly, when it comes to TV, what is your taste in television? Are you a sitcom kind of guy….reality TV…Jersey Shore…Real Housewives…what kind of TV shows are you into?

Shoutouts goes out to Josh Dollard for taking part in our Q and A, be sure to check him out at the Metro Centre on Saturday when the Halifax Rainmen take on the Quebec Kebs, tip off at 1pm!  Also, be sure to check Josh on Twitter (@Josh_Dollard3).


Check out previous Rainmen-related Q and A’s from this season:
Desmond “Moneyball” Ferguson

Photos courtesy of the Halifax Rainmen