I’ll admit it up front, I’m not much of a sports fan, but the one glaring exception to that is professional tennis, particularly Wimbledon which takes place at the end of June each year (this year June 22 – July 5th). So, with Wimbledon fast approaching, here’s a few tennis titles to get you ready! 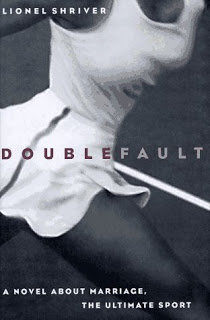 Backspin: a novel by Charles Crosby: a fading tennis star makes one last desperate attempt for attention in this dark comedy from a Nova Scotia author.

Double Fault by Lionel Shriver: a story of relationships and ambition. Centred around a married couple and their individual successes and failures in the professional tennis world and the impact on their marriage.

Dropshot by Harlan Coban: The murder of an up-and-coming tennis star forms the plot of this whodunnit mystery.

Infinite Jest by David Foster Wallace: Let’s be upfront, this isn’t a novel about tennis, but it is a novel that spends a lot of time talking about tennis. A lesser known fact about the late literary giant David Foster Wallace is that he played competitive tennis in his youth and he brings that personal knowledge to his magnum opus. Clocking in at 1079 pages, this book is a commitment, but if you are interested in wry, ambitious commentary on modern culture (peppered with some tennis) you should set aside some time for this one. 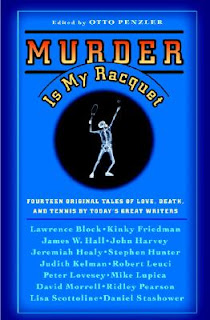 If you are a little less ambitious with your David Foster Wallace tennis reading, try the essay “Derivative Sport in Tornado Alley” in his collection A Supposedly Fun Thing I’ll Never Do Again which talks about his own experiences in the competitive tennis world.

Murder is My Racquet edited by Otto Penzler: I never knew professional tennis was such a deadly game – but here’s a whole collection of short stories of death and tennis.

You Cannot Be Serious by John McEnroe: Memoir of one of tennis’ most famous/infamous players. Books in Canada said ” it is certainly good reading for any inquisitive tennis enthusiast.”