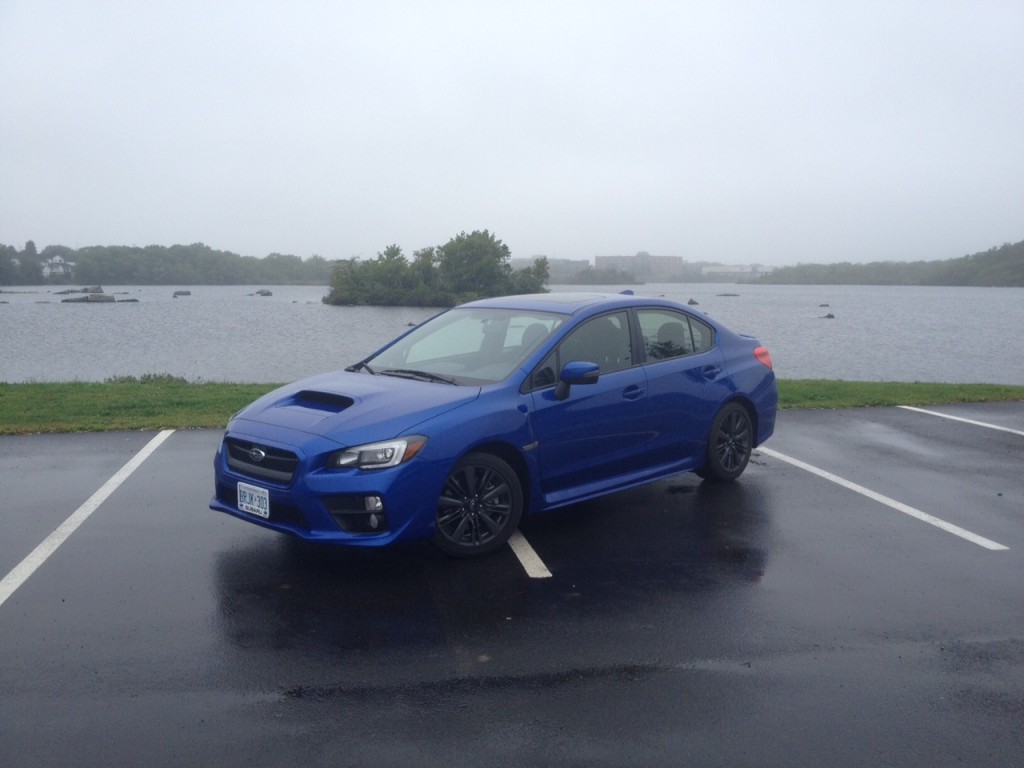 I don’t often name cars. In fact, there have only been two cars that I have given names to and they are my personal vehicle which is affectionately named Beyonce and the surprisingly good 2015 Hyundai Genesis which earned the nickname ‘Jenny’ when I tested her a year ago.

Much in the same way a good friend can earn him or her self a nickname based on their personality or something they consistently do or say, it really is a term of endearment to give a car a name. It means the car has character.

However just because a car has character it does not mean it’s without fault. A lot of my friends don’t understand my love for the Fiat Panda (you may not recognize the name because it isn’t sold in North America) because I maintain it’s a fairly awful car in almost every way. But it has the most character of any car I can remember. And when you can connect with a machine because it has character – something that is difficult to do since cars aren’t alive, with the exception of Herbie the love bug – it truly is a special yet indescribable feeling.

When I learned I would have the opportunity to review the 2016 Subaru WRX for a week I was excited. The WRX is a fan favourite, mostly to boy racers admittedly, but enthusiasts of all stripes respect the car’s value for performance and it’s rally cross heritage. If you love performance cars, you’ve probably read at least one article on the WRX.

Considering its consistent praise, it’s longevity in the car world and its overall favourable reputation, I prepared myself to possibly give it a nickname. Did it live up to the expectations? 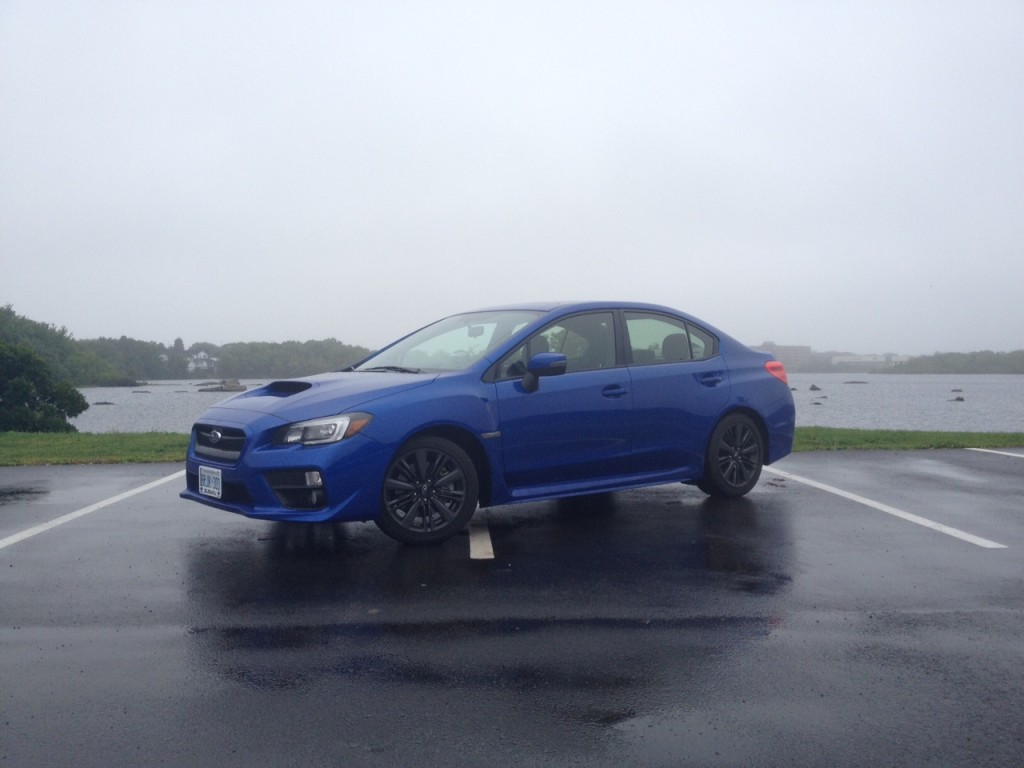 Firstly, let’s get the exterior styling out of the way. Since its inception, the WRX was never one to win any beauty contests and I would hazard to say the same is true for the 2016 model year. While I would stop short of calling it ugly, it does have a lot of awkward angles. The WRX has kept the bugles it borrowed from its bigger brother the STI but the results are polarizing. Still, it could be argued that this version of the WRX is a lot more tame than the generation before it. My tester was the mid-rage trim level with the sport package with earned it rather nice LED headlights, fog lights, turn signals integrated into the side mirrors and a more grown up lip spoiler. The 17-inch wheels are nice, but they do seem small considering the bulbous body set atop of them. In the end, looks are in the eye of the beholder so I’ll let you, dear reader, draw your own conclusions. 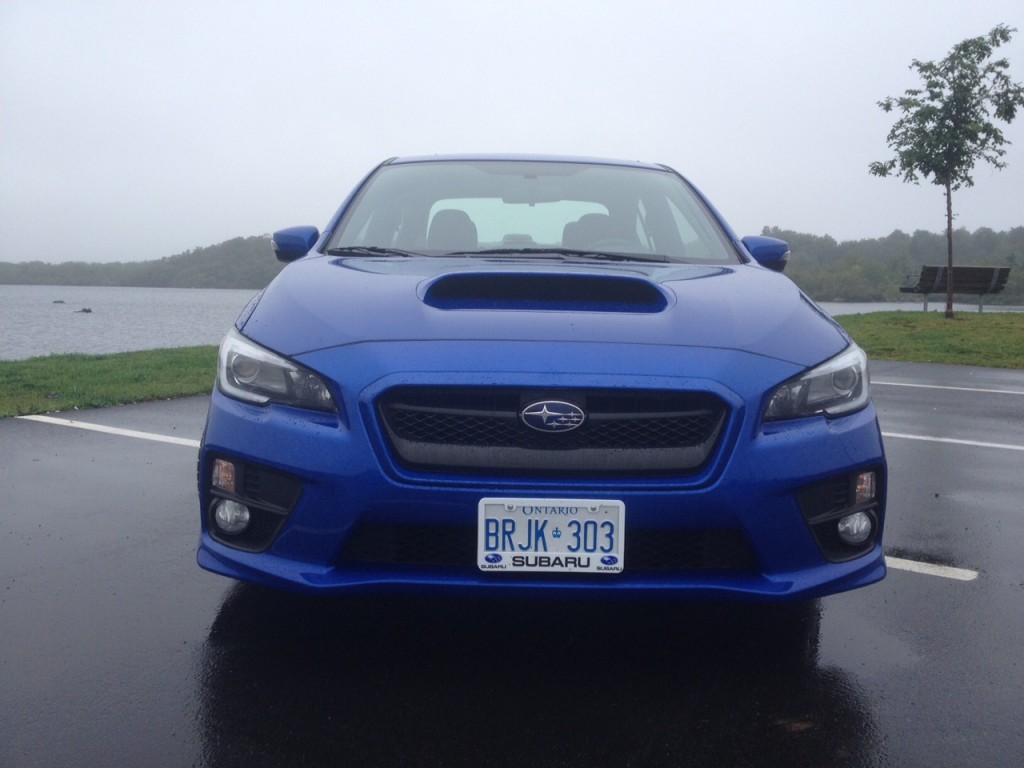 One thing Subaru has struggles with in the past on all its models was a decent looking a feeling interior. While the interior has improved over time, it’s still is sparse and rather dull looking. Still, for 2016 Subaru has introduced a 6.2 inch touch screen which now has satellite radio standard in hopes of improving the interior a bit further. Other improvements include a splash more silver trim here and there and welcome lighting is now standard. They’re all fairly minor updates, but welcome updates nevertheless. The speedometer features numbers that still look a bit to small and cluttered together but luckily it is housed behind one of the best feeling steering wheels I’ve ever felt in a Subaru, which now features a thick rim and a flat bottom. 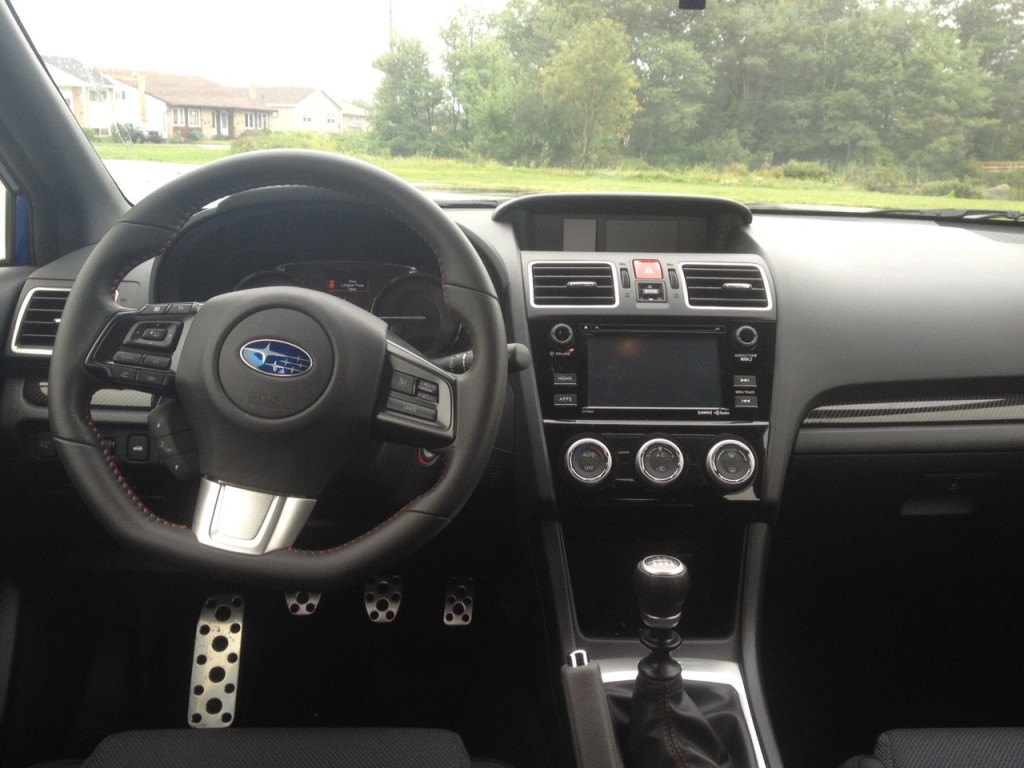 On the safety front Subaru added some more tech. On the mid and top trim levels you now get cross vehicle detection which let’s the driver know that a vehicle is approaching while he or she is backing out of a parking space, for example. I found the system was laggy as I often spotted the vehicle approaching well before the WRX did. It also has blind spot alert as standard. 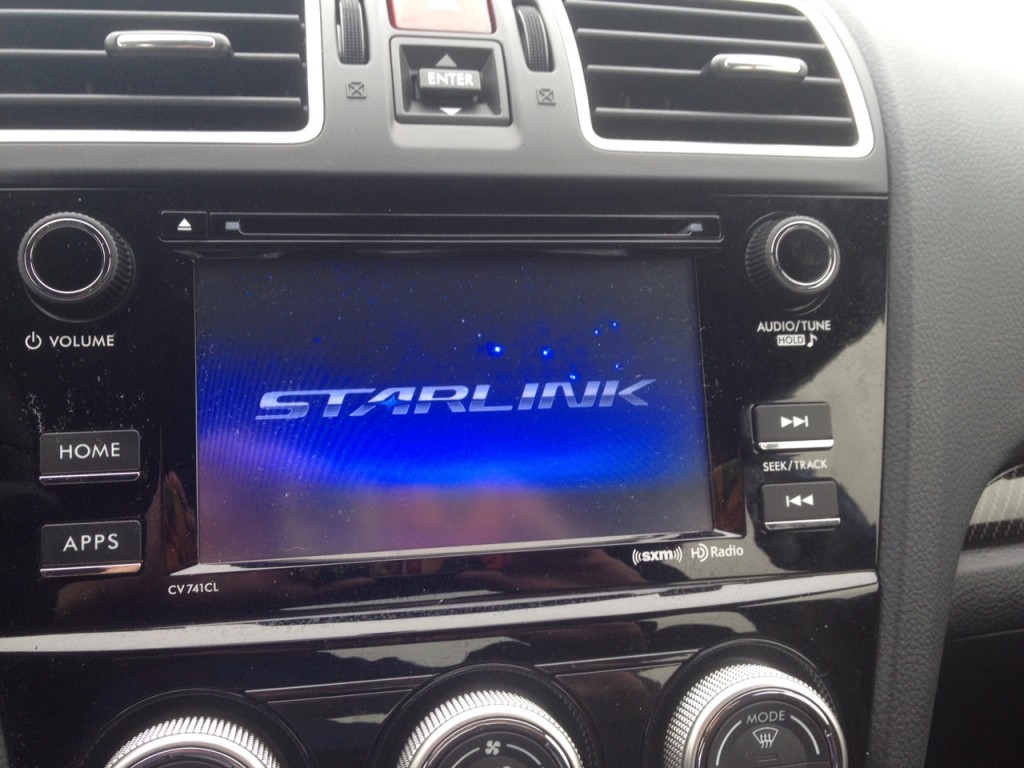 The seats are good but the arm rest is placed a little too low. Rear seat leg and head room is good too as is cargo room but if you are hoping to get better versatility with a hatchback version you can forget it. Subaru has mysteriously decided to ax the hatchback version of the WRX with this current generation, which is a shame because the WRX is an obvious choice for a family whose drivers still value performance but are also mindful of things such as strollers being able to easily fit. 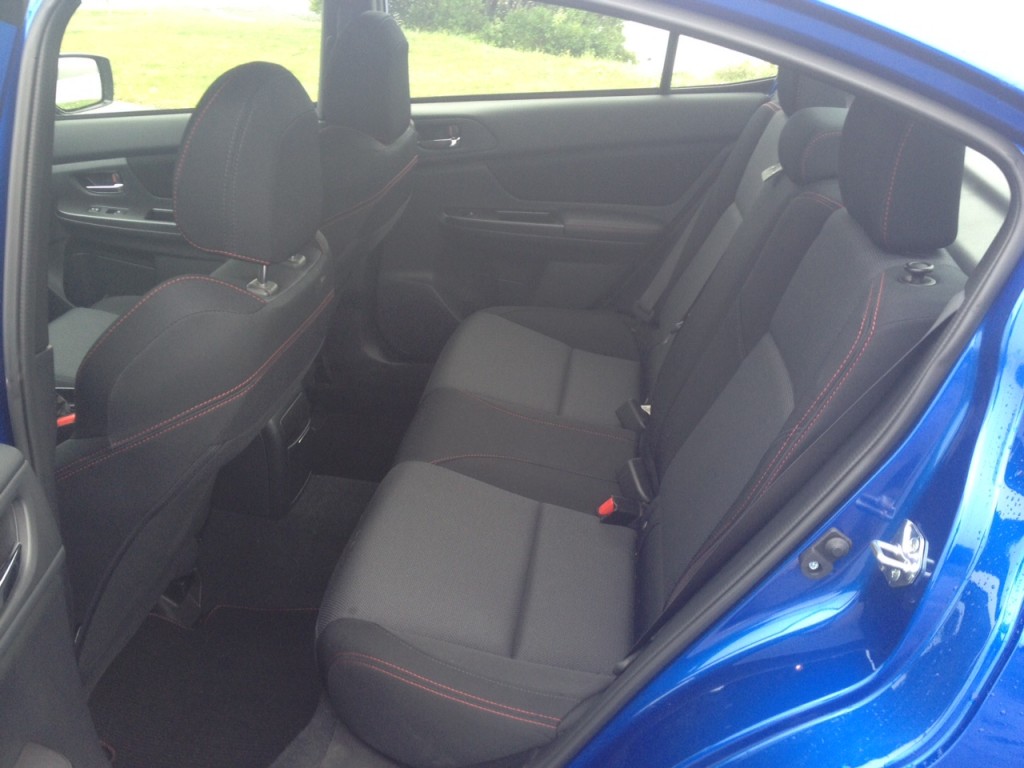 The WRX gets its power from a 2.0 litre turbocharged 4-cylinder which produces 268 horsepower and 258 pound feet of torque mated to either a 6-speed manual or a continuously variable transmission (CVT). Subaru was kind enough to equip this particular press car with the manual, although I’ve heard the CVT is better than one might think. Still, purists will want the 6-speed and with good reason as shifts are generally crisp, quick and easy. 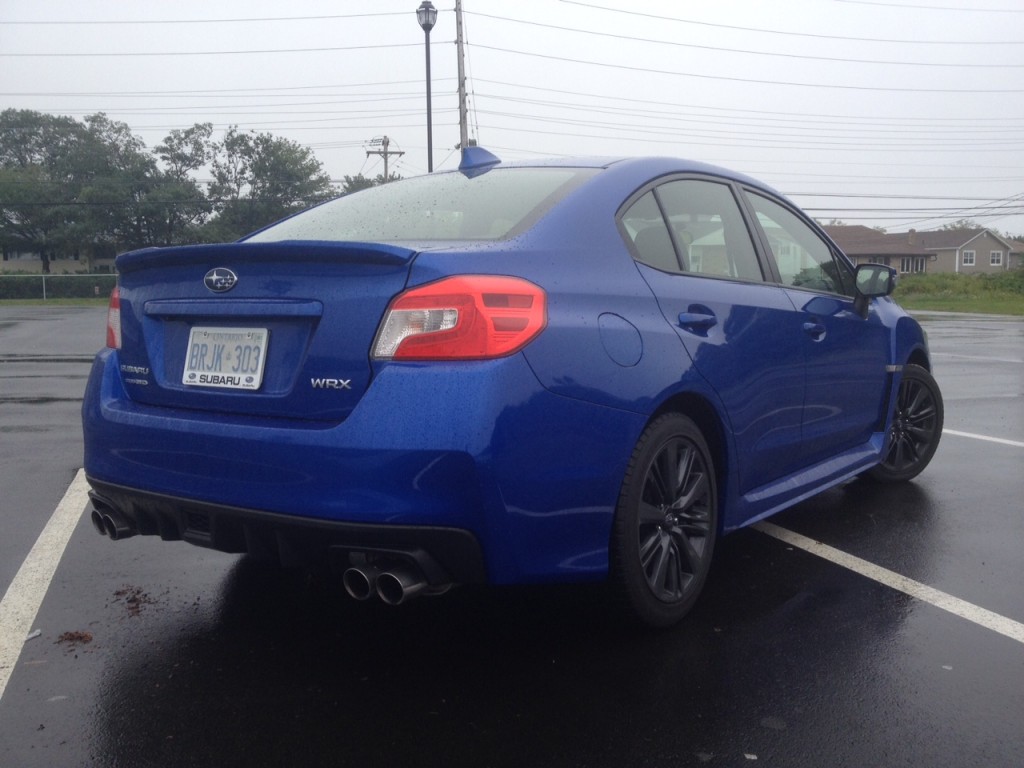 Power is excellent as expected. With the windows down you can hear the turbo spool up as it propels the WRX forward like a slingshot. The end result is great top end power that will kick in with gusto even at higher gears. In sixth gear, for instance, you can still pass with plenty of certainty and without having to downshift. I do wish it had a bit more low end power, which would make normal city driving a bit more entertaining, but this new 2.0 litre is definitely a winner. 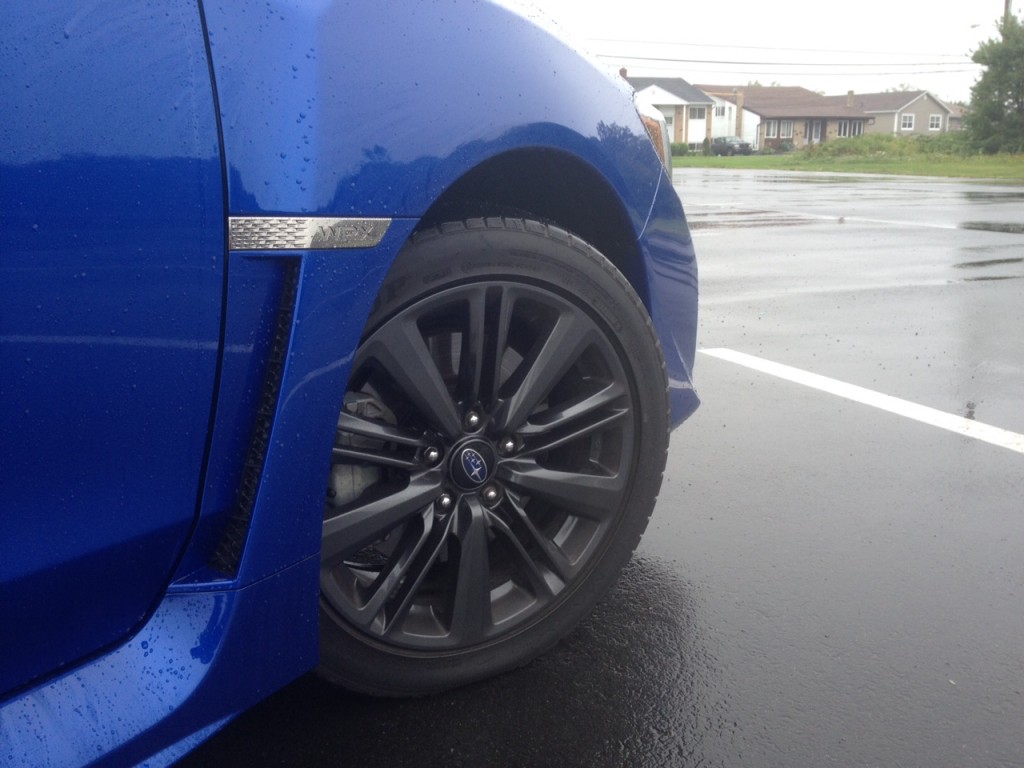 But perhaps more impressive is when you match that engine with the WRX’s handling abilities which can only be described as sublime. There can be the slightest hint of under steer when you push the WRX, which is a problem for most all-wheel drive cars, but overall it feels composed and confident. There is little body roll and decent feedback from the steering wheel to the driver. The traction control does its best to mind its own business until it is crucially needed which allows the driver to have more fun on top of it all. I did not get the chance to test it in gravel or in the snow but my guess is that you would have even more fun in those conditions. 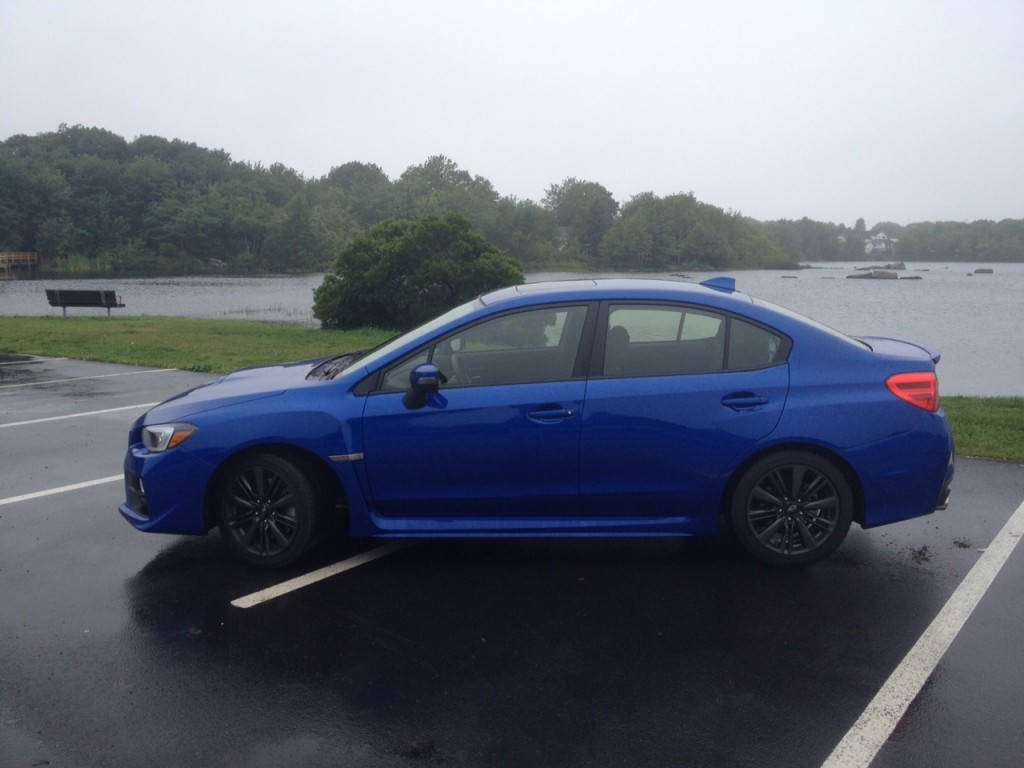 When I was driving down a twisty road I caught myself talking to the car with a smile on my face. In fact, I unexpectedly said “Go Rex, go!” as it pull out of a steep corner with ease. That’s when I realized the WRX is a truly special car. I gave it a nickname on the spot without even meaning to. Maybe it was just a quicker and sloppier way to say ‘WRX’ (I do tend to slurr my words for no apparent reason), or maybe it was a genuine nickname I had conjured up in my sub-consciousness but that certainly was an eye-opening moment. 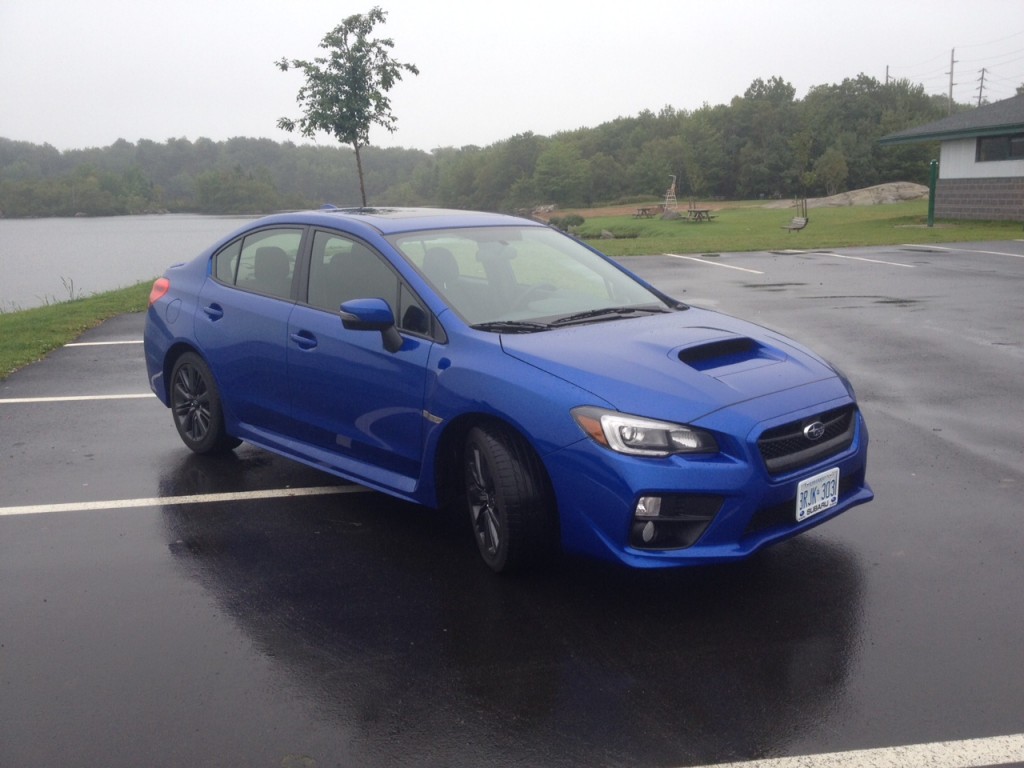 And Rex is an eye-opening car overall. Since it’s a performance car I won’t get into fuel consumption numbers other than to say it did fairly well considering the weight of the all-wheel drive and how much spirited driving I put it through. But the main story here is value for money. At starting at $30,000 you get a lot of performance for the money. In fact, the only two cars I can think of that offer similar value would be the Ford Focus ST and the Volkswagen GTI. But that’s where the problem starts. 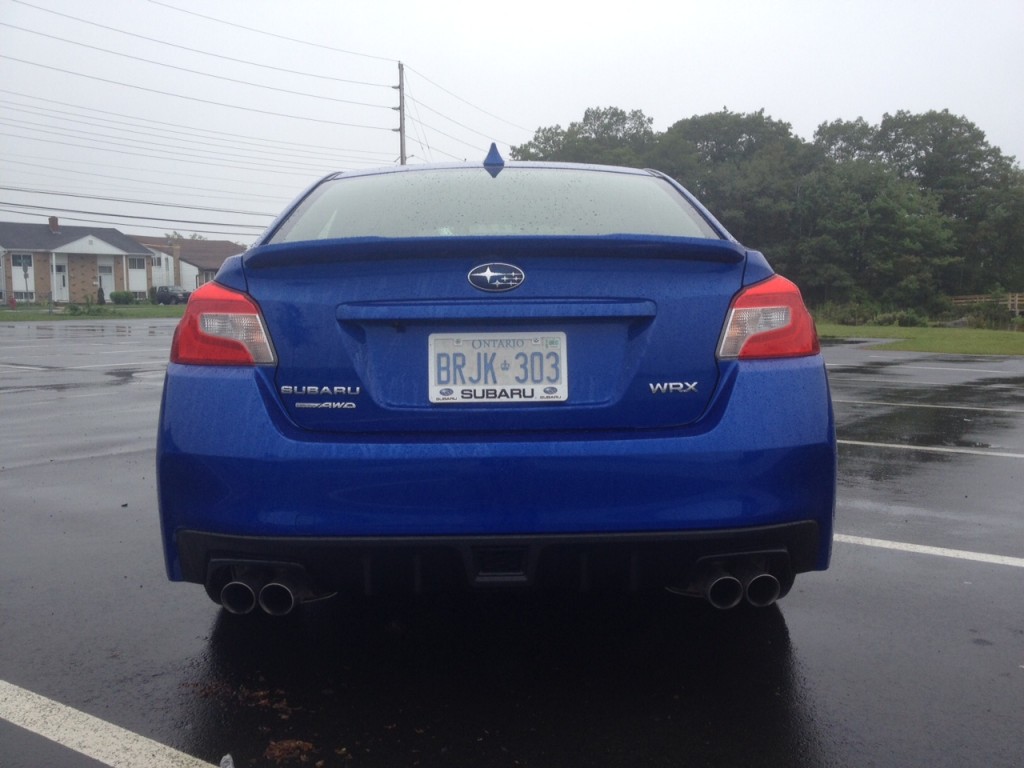 The Focus is ST is a good car but it is easily the third best of the three. In fact, when I asked a few fellow automotive journalists about which one they would take, they all acknowledged that Rex is a tremendous car but they would still go for the GTI if it were their money. And I can’t really say I disagree. The GTI offers more refinement, a much better interior, is more powerful than the numbers on paper suggest, is more versatile thanks to its hatch and offers the same sublime, if not better, handling. It also offers all of that in the same price range or cheaper than Rex, depending on the trim. Still, Rex gets standard all-wheel drive to up the ante. 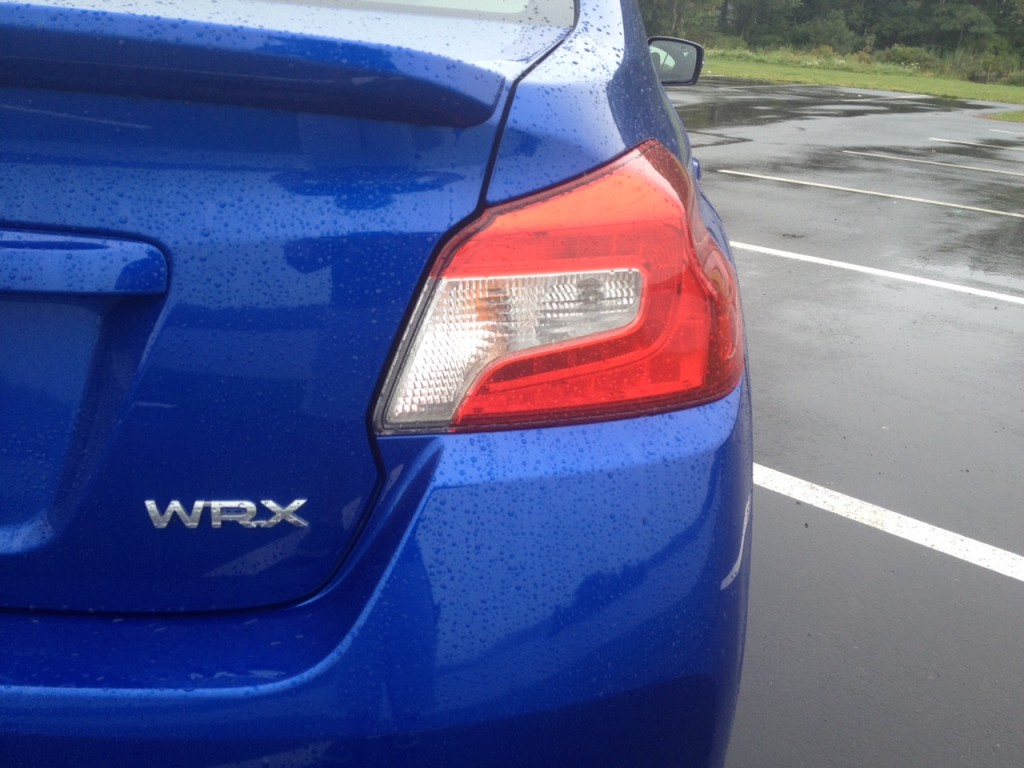 I’ve driven both Rex and the GTI and I can’t really call it. If it were my money I’d lean slightly more towards the GTI but then I would feel sadness every time I saw a WRX. Getting emotional over a car is a special kind of feeling and as I mentioned at the beginning, naming the car means it has character. 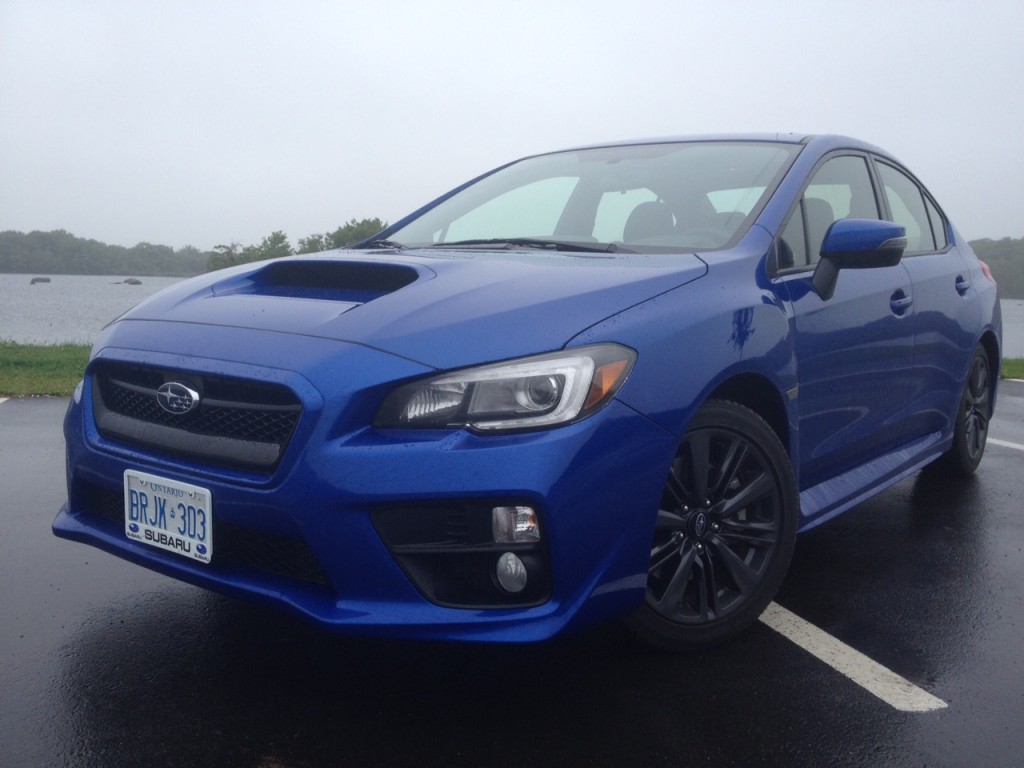 Luckily for me, I have no intention of getting rid of my beloved Beyonce any time soon so I am spared from making that decision. But if you’re in the market you need to do yourself a favour and try both. They are both great performance machines.