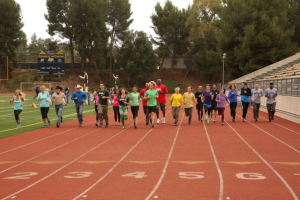 Hello again, friends! I’m back in chilly little Halifax after a whirlwind work trip to California. (My real job is FUN.) And my timing couldn’t be better – the Olympics have wrapped up, and I managed to completely miss nine days where my husband pretty much did nothing but watch hockey.

My enthusiasm for The Amazing Race has cooled over the years, but I’m hoping an All-Stars season will inject some energy back into the show. A couple of my favorites are back – Globetrotters Flight Time and Big Easy (who I love, but third chance – come on) and the very sweet, very funny Bopper and Mark. I’m also glad to see the father and son team who got eliminated as a result of injury back.

But a lot of teams I can’t stand are back, too. Whiny Rachel and Brendon (who got MARRIED, wtf), Team “Twinnie!”, the “Afghanimals” and Margie and Luke. I’m not even a huge fan of Jet and Cord, though I know some people love them some cowboys. 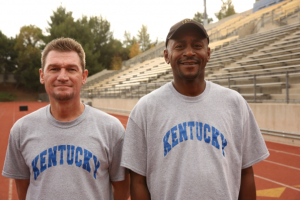 The episode started off with sad news – Bopper was told that he couldn’t race because of an inflamed pancreas. I was SO sad! Mark was in tears, even though Keoghan told him he could race with another teammate – he was joined by Mallory. I adore Mallory. She’s a sweet Kentucky girl, and a little ball of sunshine and energy. She ran a couple times with her dad and I always wanted them to win. I’m sad that Bopper can’t run, but I am totally on board with this combination.

The teams flew from LAX to China on two different flights. They had to search for clues in a sea of wedding dress stores, so, basically a nightmare. The clue sent teams to Canton Tower, home of the tallest Ferris wheel in the world.

Team Twinnie and the Afghanimals teamed up, and they’re well-matched…for a disaster. It was like a comedy of errors, both teams are so silly and bumbling. I won’t be disappointed if either of those teams are out early.

Jet and Cord were first to the Ferris wheel, but everyone else lagged behind. Teams from the second flight began arriving next. Once Team Twinnie was in, they fought like crazy just because they got a “Try Again” instead of a clue. One episode in, and I already can’t stand their pointless bickering.

Oh man, this is a Road Block made for me! Heights, acrobatics, and a sparkly outfit? Sign me up. (Meanwhile, my husband is saying “I’d be throwing up.” So…I guess we’d make a good team?) 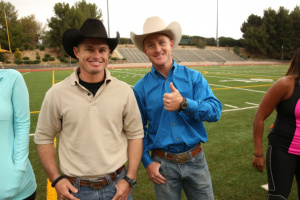 Jet and Cord arrived at the pit stop first, and won two Express Passes – one that they can keep, and one that they have to give away. 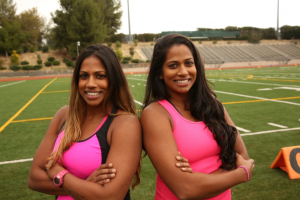 Brendan and Rachel came second, David and Connor third, Margie and Luke fourth, and the Afghanimals fifth. Mark and Mallory arrived sixth, and Flight Time and Big Easy came in seventh. So my two favorite teams aren’t doing great, but at least they weren’t fighting for last place. Jessica and John (I know, “who?”) came eighth, and the country singing blonds in ninth.

It was down to Team Twinnie and the YouTubers, and I was actively rooting against Team Twinnie.Team YouTube’s over-the-top exuberance is certainly better than constant, high-pitched fighting. They  came tenth, and the twins were eliminated.

YAY! I never wanted to see them come back in the first place.

Overall, this was a pretty lackluster leg – it was obvious that the twins would be eliminated, because the acrobatics challenge hadn’t really caused problems for anyone. It’ll be interesting to see which teams stay in the lead as the legs continue on – I expect to see this week’s top three up there pretty consistently.

The Amazing Race – All Stars, At It Again
https://haligonia.ca/the-amazing-race-all-stars-at-it-again-89997/