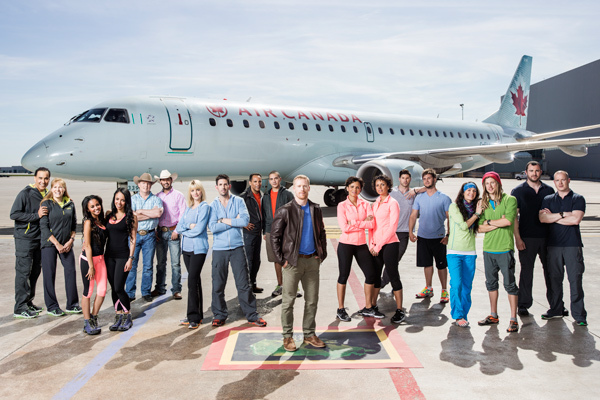 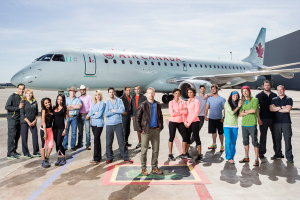 I’ve got a bone to pick with The Amazing Race: Canada. NO teams from Atlantic Canada? No Halifax hipsters or kitchen partying Newfs? What gives? There are several teams from Ontario, but they couldn’t find anyone to represent my part of the country? Booooo! I will watch anyway, but I’m going on record as officially annoyed. 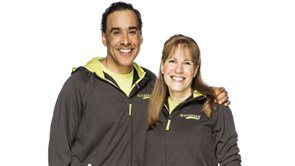 At first glance, I most liked the granola hippies and Hal Johnson and Joanne MacLeod. The latter team are Canadian icons, especially for anyone my age. I am thrilled that they’re on this season.

* I have a feeling some of y’all will ask, so I’ll answer this now: No, I didn’t apply. I know. I live for this stuff. But the show was too vague about when the race would film, how long it would take, and what the prize money was. I have a day job I love and a wedding to plan. Maybe next time!

OK, so the race began in Niagara and teams quickly competed for flights to Kelowna, BC. The clues were inside terrariums with creepy-crawly creatures, and the creepier the creature the better the flight. That was a cool idea, but most teams just grabbed the first clue they saw. I mean, wouldn’t you? The terrariums had two clues in them and teams needed both – several missed one.

* For those of you watching who aren’t from Canada, we have a big country here and flights can be pricey. I personally haven’t traveled to most of these locations, and have been to more US destinations than Canadian.

It’s always fun to wonder who would do each challenge in your Amazing Race fantasy team. If I had applied, it would have been with my fiance Rob. He would have done the diving Road Block because I’m not great with water. But I definitely would have been doing the height challenge. I bungee-jumped in South Africa without blinking an eye. The beam wavering would have freaked me out, but it kind of reminded me of doing Tree-Go, an obstacle and zip-lining course.

I find myself getting jealous when other locations in Canada have good things highlighted. In BC, the pit stop was at a winery. We have good wineries here in Nova Scotia! Award-winning wineries! I’m dreading the inevitability of fishing villages and ancient fortresses being highlighted for my home province. Trust me guys, we have a little more going on. 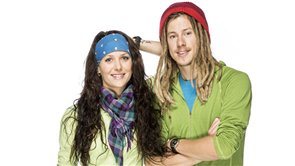 The hippies came in first place, no surprise. They’re outdoorsy people from BC, so this leg was totally in their wheelhouse. They received two Express Passes – one to keep, one to give away. They also won a trip to Sydney, Australia – funny how the prizes for winning legs on this show are more exciting than the route the show itself will take.

The doctors came in second, Team Bodybreak came in third – yay! – and the meathead dudes came in fourth. When the son and his father with Parkinsons arrived they received a 30 minute penalty for leaving one clue in the terrarium, which allowed the sisters to take fifth place. The father/son team ended up in sixth. The brothers came in eighth. 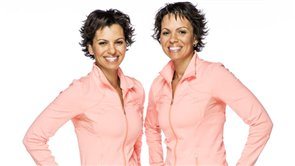 It was a footrace between the twins and the cowboys for the final spot. Even though Treena and Tennille made it to the mat first, they also incurred a 30 minute penalty because of the clue. That meant the cowboys were safe, and the twins were eliminated. They weren’t a very strong team anyway.

So far, so good for The Amazing Race: Canada. It will be a fun show to watch this season, if only to see some of the different places around the country. What did you guys think?