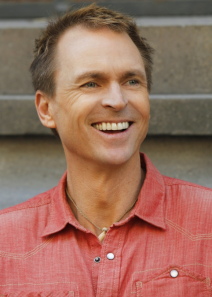 Man. Sunday nights without Breaking Bad just aren’t the same, amiright? For now, Sundays will just be for trying out new Pinterest recipes (tonight it was butternut squash and apple soup) and watching The Amazing Race.

I thought “Brining” sounded easier. That’s based on being quick and efficient, while “Mining” seemed like it might take forever. But the teams didn’t know how small the tub of water was, and most of them chose “Mining”. 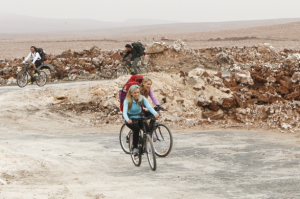 So far, I’m not loving any of the teams. The pretend husband-and-wife bit that the Ice Queens and the Afghanimals have going on is not endearing. I still like the ER doctors, but Nicole was not particularly skilled at biking. 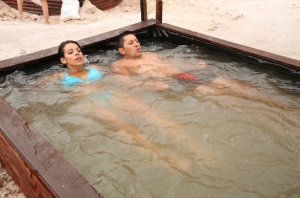 The Ice Queens switched Detours almost immediately after arriving at “Mining”, so they ended up at the pools with the young dating couple, the baseball wives, the exes and the bros.

The bearded guys were the first to get a clue, so they took off to catch a lengthy bus ride to Santiago. After that, the teams started finishing faster and faster. The teams all ended up on buses that departed at 1:30 and 2:00pm. The bingo guys, however, were way far behind and ended up on a third bus all by themselves. 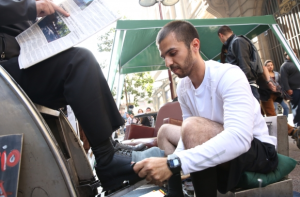 Once in Chile, one team member had to perform a shoeshine and then pack everything up and deliver it. It had to be packed just so. It seemed like a quick Roadblock, because most of the teams from the first bus had finished before the second busload of teams arrived.

The football players were first to finish. The Afghanimals were right on their tails. The “Afghanimals” got to the mat first, but they hadn’t paid their cab bill and had to turn back. The teams this season are making so many dumb mistakes! That cleared the way for the football players to swoop in and grab first place. Leo and Jamal were checked in in second place, and they fought on the mat in front of Phil and that nice Chilean man.

The bearded guys finished third. They’re quiet, but I like them. The ER docs were fourth, and the dating couple fifth.

As the second busload of teams began the Roadblock, the bingo guys also arrived. But when Rowan did his challenge, he just picked a random shoeshiner. It had nothing to do with the race, he just convinced some dude to participate. They arrived at the spot, and the dude was like “He brought me here. I was working.” Um, whaaaaa? How did that mistake happen. It was so weird.

Ally and Ashley, the Ice Queens, finished first in their pack, with the bros right behind them. The bros made it to the pit stop in sixth place, and the girls in seventh. The exes came in eighth.

While Rowan redid his Roadblock, the baseball wife had to run around searching for the rug that went with her shoeshine kit. She asked the pink haired ex for the Express Pass, but Pinky refused. It didn’t matter, the baseball wife still finished ahead of the bingo guys. The Bingo Queens were eliminated. They weren’t a strong team, so I’m not surprised or sad to see them go so early.

This felt like a pretty weak leg, because none of the challenges were very hard. So far, I like the doctors, the football players and the bearded guys, but no one is really standing out a lot. I’m looking forward to seeing the baseball wives and the exes fight next week, maybe some drama will spice up this season.

The Amazing Race – Does it feel Chile in here?
https://haligonia.ca/the-amazing-race-does-it-feel-chile-in-here-83337/