Home / Life / Couchtime With Jill / The Apprentice: Nothing says “American Dream” like profiting off a recession 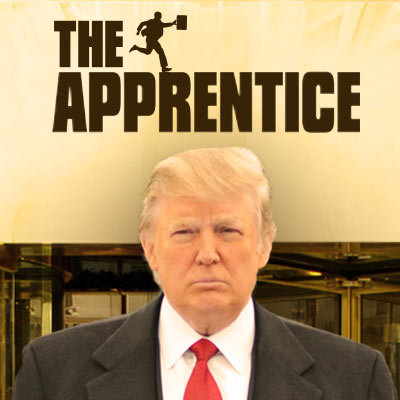 The Apprentice: Nothing says “American Dream” like profiting off a recession 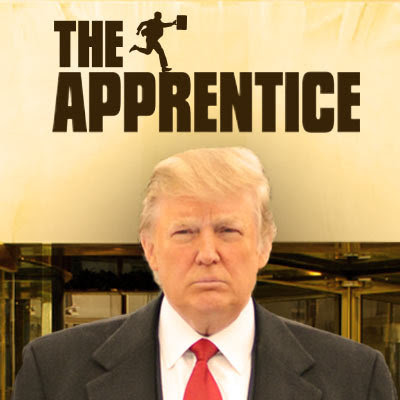 It’s a recession, folks, and Donald Trump is DOING something about it. You can take your stimulus package and shove it, because The Apprentice is here to save the day.
After falling out of love with the normal Apprentice, and falling on the floor dying of laughter after seasons of The Celebrity Apprentice, I was hesitant to dive back into the real thing. After all, these are real people with real problems. They have college degrees and had successful careers that came crashing down. And Donald Trump has that hair. And that personality. And that son. Could I take him seriously enough to really buy the whole “opportunity of a lifetime” thing?

The answer? I’m not sure yet.

If anyone knows the ups and downs of business, it’s Trump. The guy lost everything and got it all back and, hair aside, that makes him pretty interesting. But he’s become a TV character as well – a caricature, actually, and that makes him hard to take seriously.

The teams were divided into men and women because, well, Trump isn’t that creative. They chose Octane as a team name and immediately selected Gene as their project manager. How typical – it’s time to choose a leader and all eyes go to the old guy. Then they did some sort of football macho cheer and chuckled about how the girls were probably having a cat fight next door. Har-de-har-har.

The women chose a strong team name (Phoenix) out of the gate and then things went downhill with “Inspire” and other crap, and eventually settled on Fortitude. Nicole volunteered to be project manager, and zero cat fights ensued. I’m not sure about this Nicole girl. While other contestants had stories of long gone success, her story basically consisted of “I graduated from law school and was asked to make photocopies at my first job”. What? NO time in the trenches? Sorry to break it to you honey, but lots of people have law degrees. And they’re not even all necessarily smart. So spending a couple years scanning docs is not going to inspire anyone to start up a foundation in your honor.

What a way to make a livin’

For the first challenge, teams had to design a super modern office space. My intuition proved to be correct when it came to Fortitude Project Manager Nicole – she blatantly judged people’s talent based on their outfits (we all do this, but more discreetly) and shut down ideas with the tact of Trump himself. Specifically, Nicole decided to ignore Tyana’s ideas and experience in design because she didn’t like her dress. Super mature. Also in poor taste, considering most of these people are supposed to be down-and-out and can’t afford the fancy designer duds that Nicole probably paid for with her not-good-enough job as a lawyer.

Meanwhile, the men were going with an herbal look. Seriously. Two dudes were tasked with “plants”. That was an actual job. David, who lost his job as well as his wife and five kids (they didn’t die, I’m guessing they left him), was super intense about the plants. He even did a dance about it. Then all of a sudden, he was screaming at someone! What? Did someone brush up against the huge chip on his shoulder or something? Where did that come from?

The men started painting their walls lilac and clementine, and I wondered if perhaps they were going with an Easter egg theme? Ivanka dropped by to chuckle about how everyone should be intimidated by her father in this challenge because “he’s seen everything when it comes to New York real estate.” Um, really? I’m willing to bet the farm that Trump hasn’t seen much of Harlem.

The ladies went to pick out furniture and Nicole was forced to reevaluate her harsh judgment of Tyona after Tyona picked out all the furniture in 45 minutes flat. They seemed to be doing better than the men because Gene took his team to task by telling them that things were a “clusterf***” and that he didn’t want to go to “the flippin’ boardroom”. Ouch! Then he drew from his military experience and put the smackdown on Dave.

The weirdest decision of the night was the ladies’ choice to include “Uncle Forty”, a portrait of an old white man (who looked like he caused the recession), in their decor. It sounded like Tyona made a joke about the portrait, and then even though Nicole hated it she included it. Huh?

OK, let’s just take a moment to discuss the royal music they played when Trump entered the building. For reals? How big is his ego? Who does that? Who isn’t humiliated by that?

The women’s office was OK. It looked like they were trying to hard, the old man painting was creepy, and the furniture was a bit tacky. The men’s office was slightly better. Crew members kept “tanking” on the rugs they had, and they went a bit overboard with the plants, but the bright colors worked and the open concept worked for the whole “ultra-modern” thing. It would never be a law office, but maybe a daycare. Oh, was that not what they were going for?

It was hard to decide who deserved to be canned from Team Fortitude. Nicole, for being a prissy, judgmental and wishy-washy Project Manager? Tyona, for suggesting they hang a painting of a 60-year-old stranger? Masha, for being an all-around scary bitch? It was hard to say. In the end though, the Project Managers have to pay and Nicole was fired. What a long, screechy process for a rather predictable outcome. But never fear, Nicole – you might be a crappy leader, but Trump’s going to set you up for an interview with Miss Universe! Now that’s putting a law degree to good use.

So should I keep watching? The show will be an hour long from here on out, and that’s a lot more tolerable than two hours. And luckily, all this recession hoopla hasn’t put a damper on the fact that this show is a train wreck. So I think I’ll keep watching. How about you?