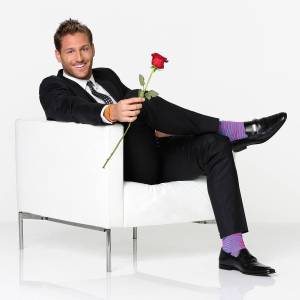 Happy New Year! I’m back! After a lengthy holiday break, I can’t believe the first thing I’m blogging about in 2014 is The Bachelor.

But of course. Let’s get our snark on!

Our bachelor this season is Juan Pablo, a guy who made a big impression with very little airtime last season on The Bachelorette. He’s a former pro soccer player, a father, and a hot dude with an accent. So I guess he’s already the best bachelor ever?

I mean, he’s definitely better than Sean. Remember how boring Sean is? You  don’t need to remember, because he came by for a visit and reminded us all.

OK, let’s talk about the ladies. How about Amy J., the crazy massage therapist? I hope we see more of her, she’s got some crazy eyes going on. There seemed to be a lot of nurses and caretakers in the mix. 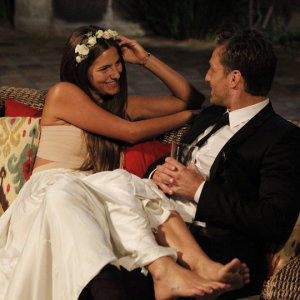 I liked Lucy, who listed her occupation as “Free Spirit” and dressed like a Pinterest board. I mean, I like her because I assume that’s a character she’s doing for a bit. She’s doing a bit, right? If I came on The Bachelor I’d do a bit, and “Free Spirit” in a flower crown is a GREAT one. The woman whose occupation is “dog lover” wasn’t as creative, but her puppy was cute. When I’m on The Bachelor maybe I’ll list my occupation as “cat fanatic”. 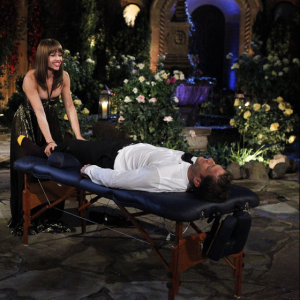 There were the typical gimmicks – someone butchered a song on the piano, there was a science experiment, a fake pregnancy, and a few girls who were so smitten that they forgot to say their names. The episode was half over by the time Juan Pablo had met all of his potential girlfriends.

Juan Pablo played music during the cocktail party, and there was a photo booth with props. You’ve got to hand it to the guy, he’s got personality. 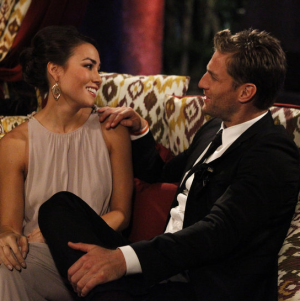 Lucy put her bare hippie fit on Juan Pablo’s lap, Amy J. gave him an awkward massage with his clothes still on (did she get essential oils on his suit???), and he bonded with Renee, a single mom, over parenthood.

Juan Pablo gave the “First Impression” rose to a fancy Canadian opera singer, who didn’t even think she felt instant chemistry with him. He asked if she would accept the rose and after a long pause, said “…sure.” Wow, what a sweetheart.

A lot of women got roses. Too many. It will take me weeks to give them all nicknames! Unfortunately for all of us, the crazy massage therapist was not one of them.

My favorite was the awkward moment when a redhead thought her name was called and started to move forward, but it was just wishful thinking. She had to know she was going home several minutes before everyone else did, and you could tell she wanted to curl up and die.

As always, we’re in for lots of drama so come back next week for more!