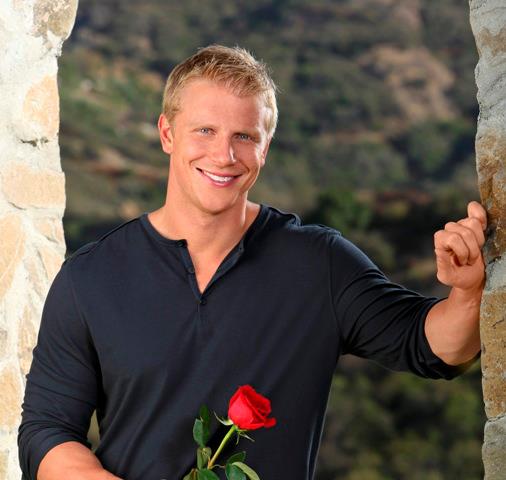 The Bachelor – I’m Gonna Make This Place Your Home Time for hometown visits! For Sean, this meant doing pushups in four different cities, each time with a different woman sitting on his back. (I saw him do it at least twice, I’m assuming it happened on every date.) This is the point in the “journey” when the bachelor or bachelorette has to try and eliminate someone without flat out saying “Your family is weird.” From previews, it looked like this season’s victim of a less-than-appealing family would be Des.

Let’s get to the recap!

AshLee’s hometown date was sweet, but forgettable – kind of like her so far on this show. Her parents seemed nice, and told lovely stories of adopting her and sticking by her through difficult times. But the problem here is that AshLee seems way more smitten with Sean than he does with her. It’s too bad, since they’re both Texans, but I don’t see this lasting (even by Bachelor standards). This date was just too dull. It feels like Catherine kind of came out of nowhere. I didn’t even know her name, and then all of a sudden Sean was obsessed with her. But these two do seem to be a good match – they’re both smiley, fun-loving people. She’s 26 and Sean’s 29, they’re both professionals. Their conversation felt more relaxed and normal than his conversations with some of the other women. I liked how Catherine prepped him to impress his Filipino grandmother.

I kind of loved Catherine’s family. They’re all so pretty! All three of them! And they asked her real questions. They kind of threw her under the bus when they talked to Sean, telling him that she can’t commit long term and won’t be ready to have kids for a while.

This date really helped Catherine stand out. I think she’s my favorite now. Oh, Lindsay. There’s something too sweet and naive about this girl that rubs me the wrong way. She seems sort of… simple. Like a tween cheerleader. I mean, they got cupcakes on their date! OK fine. I love cupcakes. But like, everyone thinks I’m a tween, too.

I keep forgetting that Lindsay is the crazy wedding dress girl. They declined to tell her parents how she was also embarrassingly drunk on the first night. This family date went fine, I just don’t think Lindsay is on the same level as Sean.

After spending the day together in L.A., Des’s “boyfriend” showed up at the door to declare his love for her. I was thinking the whole time,”This was way too forced to be real. He sounded like a bad actor reading lines”, and “Pathetic, this is totally just something the producers concocted.” But, in fact, it was a prank Des pulled off  to get back at Sean. Stupid, but better than the alternative.

Then Des’s family showed up and the real drama started. Des’s parents were easygoing, but her brother Nate felt pretty strongly that a relationship from The Bachelor wouldn’t work out for Des. I mean, can you blame him?

Nate called Sean a playboy, and said he was having fun with the circumstances. Sean said that’s not him, but he knew Nate wasn’t buying it. Things were tense. Again, I don’t really blame Nate. Given the track record of these shows, it’s normal to be skeptical. But he didn’t have to be rude, which he was. Things were painfully awkward for the rest of the night. Des was upset when Sean left.

Going into the rose ceremony, Sean said he could picture his life with AshLee or Lindsay, but was unsure about Catherine and Des. Really? That’s like, the opposite of who I like on the show. AshLee and Lindsay are so blah. Catherine and Des are fun and have personality.

Right before Sean handed out the first rose, Des pulled him aside to tearfully apologize for her brother’s behavior. Given that he told her it was OK and opted not to privately send her home then, I figured he’d keep Des around and send Catherine home. But no, he sent poor Des home. It’s the dramatic family curse! If your family is doubtful or practices taxidermy, you get sent packing.

AshLee and Lindsay obviously got the first two roses, and then Sean dramatically left the room to go stare at photos of Des and Catherine rather than the women themselves. But after a lot of humming and hawing, he sent Des home.

You have to feel a little bad for the girl, since it at least seemed like the elimination was all because of her jerk brother. She seemed very sweet and likable – perhaps a contender for the next bachelorette?