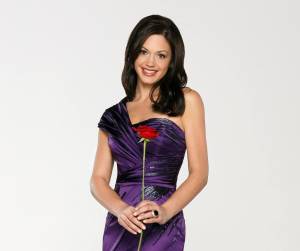 This week on The Bachelorette, Des and the guys traveled to Atlantic City – a place that I know only from watching Boardwalk Empire. And I quit watching that show because I always fell asleep.

So I don’t know much – booze! hookers! boutonnieres! That’s it, I assumed those would be the date themes.

Last week y’all thought I was too snarky, so I’ll try and tone it down a bit. But don’t forget, I watch so we can mock!

Brad got the first solo date this week. I’m still having a super hard time telling these bros apart. What we know about Brad is that he’s nice, quiet, secretive and has a kid. That actually sounds OK to me, but the other dudes thought he was too reserved for Des.

On the date, Brad came across like a pretty fun dude. They joked around, played carnival games and ate taffy. That’s an ideal date! Later though, their conversation seemed a little awkward. Des decided not to give Brad a rose and sent him home to his son. A rare smart decision on an otherwise silly show!

What would you do if you had to take part in a talent show for a date? I don’t know what I would do. My talents are making homemade pizza, snuggling my cat and taking Instagrams of my shoes.

It was funny to watch the guys answer questions, given the Miss USA mishap from Sunday night that everyone made fun of today. Look! Everyone has a hard time answering stupid questions on the spot! Why didn’t anyone ask these dudes about equal pay for equal work? I liked the one guy who talked about women objectifying men for their bodies. Cry me a river, pal. Let me know next time you’re groped at a bar. The cherry on top was when his talent was, essentially, shirtlessness.

My favorite was the guy who smashed a ukelele, because he had a sense of humor. The Shakespeare reading felt a little self-important.

After the cocktail party, Zak W. was given the rose.

Des and James’ date was a bit darker than usual, since they toured Hurricane Sandy damage on the Jersey Shore with someone from the Red Cross. While the damage is quite terrible, it always cheapens things when it’s a part of The Bachelorette. Just moments earlier, people were participating in a ridiculous Mr. America pageant. Don’t try and make me cry with these sweet old people. (Was that Jay from Modern Family?)

Over dinner, James told Des that he cheated on someone – a relationship of over five years! But… in his freshman year of college? Did I catch that right? That means he was like, 18 and cheated on a girl he’d been with since 13 years old. I mean, there are worse things you could do. When James said he had to tell Des about mistakes he made, I was expecting him to say that he’d served time in prison or something. This is peanuts. James got a rose, but I think he seems like a bit of a meathead.

At the cocktail party, Bryden told Des that he’s been feeling uncomfortable since their first date. Des calmed his fears, and he stuck around – for now.

Only ONE GUY got sent home, because Des had already sent Brad home on his date. It seems so silly to hand out roses when only one guy is leaving. If I were Des, I’d be tempted to just toss them to the guys. The poor chap who didn’t get a rose was Zack K. I couldn’t tell you a single thing about him.