The Central Nova Scotia Correctional Facility gave a demonstration today to the facilities latest tech on the war on illegal contraband. 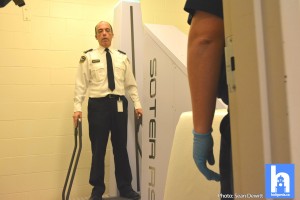 A new multipurpose scanner, which operates under the same principal of an airport security scanner, has been installed and operational in various correctional facilities in Nova Scotia, but they sport several big differences over other scanner devices. 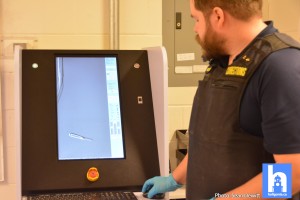 These scanners, which can be used on both people or on objects entering the prison (at the prisoner level, not at the main entrance) is a very sensitive and sophisticated utility that safely X-Rays the person or object, displaying the results on a large display in the control room near by. 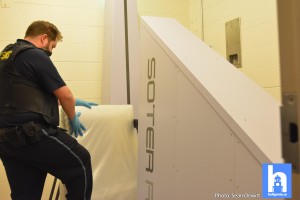 With the media demo, a cot mattress was brought in to the prison.  As it would be entering the inmate section of the facility, it was placed on a sliding platform at the machine.

Then, with staff monitoring both the actual X-Ray and the near by screen, the mattress passed slowly through the machine.  As it did so, a clear and obvious foreign object was observed. 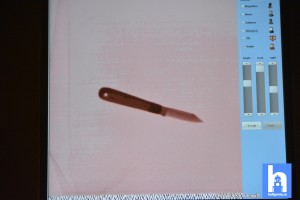 If a contraband item is detected, a log is created and photo saved to give to appropriate resources as evidence for a further investigation. 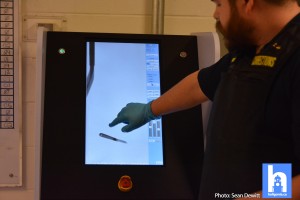 This device, when used on humans, will be, and already has been, effective at detecting contraband such as drugs, weapons, cellphones and any other foreign object attempted to be smuggled into the facility. 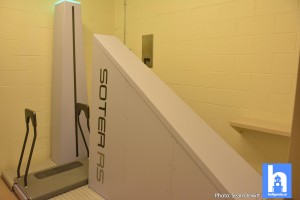 The device is so sensitive that we were told that in one case, where pills were detected being smuggled into the facility, the image was so clear that the individual pills could be counted on the screen as it was being viewed. 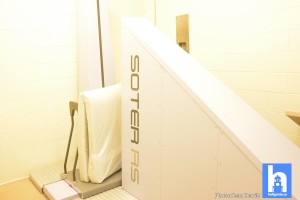 This device has three levels to help staff in their screening process.  It has a very minimal radiation exposure and is rated for 1000 uses on a single person per year (safety limits set by the company).  It will be used whenever inmates are taken out from the facility and back in (such as for court cases or work programs). 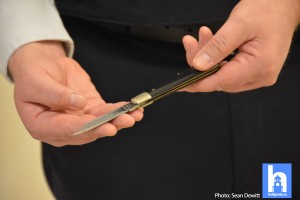