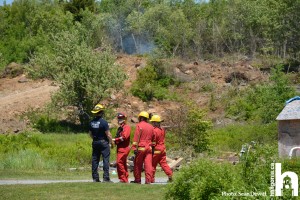 Halifax Fire and the Department of Natural Resources spent the first day of summer chasing down backyard fires, brush and grass fires, and a serious forest fire which is still being dealt with.

With all of mainland Nova Scotia under a burn ban, fire crews were still responding to illegal bonfires and brush burning, with one burn in North Preston getting out of hand and spreading into the woods.  Another fire later in the day required several units at Point Pleasant Park, cause unknown at time of publishing. 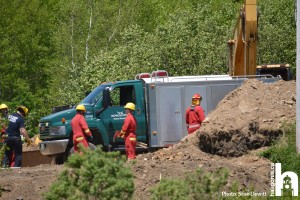 Another fire call required fire crews to investigate smouldering at the side of a store that sells fireworks on Caldwell Rd.  That turned out to be a unconfirmed result of a discarded cigarette in dry shrub next to the building. 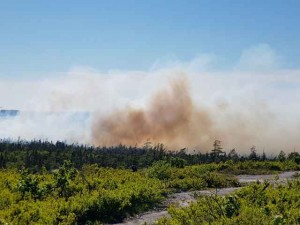 And the big fire came in late afternoon in Lakeside when crews were deployed to smoke in the area.  Upon arrival, fire crews quickly determined there was a large fire in the wooded area near power lines.  More resources were called in, including 2 helicopters and DNR crews, to keep the large fire from spreading. 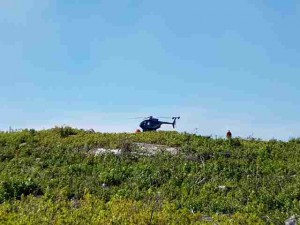 And there have been countless fires through the day as well.

It is vital that citizens understand and obey burning restrictions and rules that govern them, as well as understand that something as simple as a cigarette butt discarded near brush can result in devastating consequences.  In some cases police may even become involved. 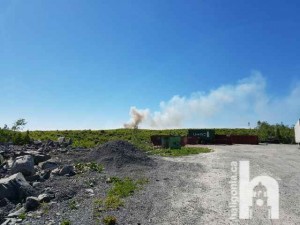 With dry conditions and massive fires seen in other parts of the country we want to see a safe and enjoyable summer here in Nova Scotia.