Home / News / The following is a statement from NSTU President Liette Doucet – The NSTU provincial executive approved a strike vote to be held on Tuesday, February 20 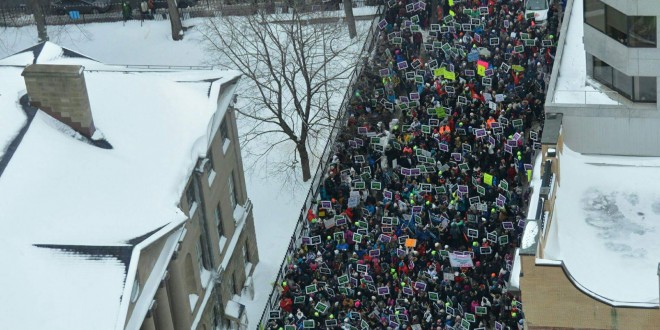 The following is a statement from NSTU President Liette Doucet – The NSTU provincial executive approved a strike vote to be held on Tuesday, February 20

The following is a statement from NSTU President Liette Doucet

“Our education system is once again under attack from the McNeil government. Last week we held information sessions around the province to discuss what the Glaze report will mean for our students, our classrooms and our profession. It was clear NSTU members agree the situation is dire and that as teachers and administrators we need to stand up for public education.

We cannot sit on our hands and let Stephen McNeil do to our schools, what he did to our hospitals. We need to be prepared to fight for what is right and just.

As a result, the NSTU provincial executive approved a strike vote to be held on Tuesday, February 20. This will give the NSTU a mandate to implement a job action if the government is unprepared to back down from implementing the Glaze report.”

NDP Leader Gary Burrill made the following statement about potential job action by the NSTU:

“It is a huge step for the teachers’ union to consider this job action. It demonstrates clearly the depths of their concern over the changes being proposed to our public education system.

This time last year teachers and supporters marched in the streets in support of improvements to our schools. Stephen McNeil and his Liberal government had the opportunity to change course and have instead recommitted to pitting themselves against parents, students, and teachers.”