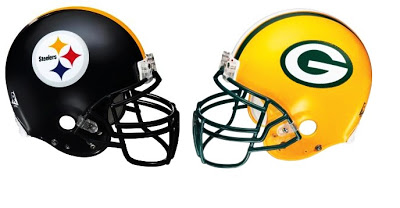 Well, it’s that time of the season with Superbowl XLV around the corner.  Big Ben and his Pittsburgh Steelers roll into Dallas, Texas to face off against Aaron Rodgers and the Green Bay Packers this Sunday evening.  The Packers are the favourites to take the trophy, but I asked some of the Rainmen players, front office staff and Sportstream.ca’s Rainmen crew, who they thought would take Sunday’s game.  I gotta tell ya, I got a mixed bag of serious and not-so-serious picks, but definitely entertaining predictions to say the least.

Boo Jackson, Halifax Rainmen Centre: “Black and Yellow Baby….That’s all it’s gonna be, a blowout.  I’m going 31 to about 16.  A real a**-whoopin’.  Excuse my language.”
Marshall Brown, Halifax Rainmen Forward: “The Cowboys”
Kavon Jones, Halifax Rainmen Forward:  “Packers.”
Mike Evans Jr., Halifax Rainmen Assistant Coach: “Steelers, all day.”
Jad Crnogorac, Rainmen VP Player and Community Relations: “I think the Miami Dolphins are going to win.”
Shaun “Mavs” Gillis, Sportstream.ca’s voice of the Halifax Rainmen: “I like the Steelers to beat Green Bay by 4 and I give a lot of the credit to that Pittsburgh has been there and done that and just have that experince edge.”
Nicole Moore, Rainmen Team Lead of Sales: “Green Bay?  I don’t know…”
Romy Aquino, Rainmen Blogger for Sportstream.ca and Northpolehoops.com: “Indirectly the Steelers are the better team….beating the Jets, who were responsible for the beatdown of both Tom Brady and Peyton Manning.  Pittsburgh with the win 27-21.”
Ryan Chute, Halifax Rainmen Director of Sales: “The Dayton Triangles ….look it up, google it….the Dayton Triangles…they were the very first team in the league…..ever….in the National Football League.  Dayton Traingles.  They get my vote”
Jillian Blackman, Halifax Rainmen Director of Marketing and PR:  “I pick Green Bay because I think Ben Roethlisberger is creepy.”

Ryan Dickison, Sportstream.ca Rainmen Colour Analyst: “Steelers 23-20, Pitt’s been there, done that. Pack looked real stale in the second half against da Bears. Big Ben needs everyone to forget about him goin’ around rapin’ people so he needs this more than anybody (just like Kobe)..”

John Bowe, Halifax Rainmen Communications and Marketing Assistant: “I think the Steelers and not the Packers because they suck!”

Dereck Hubley, Halifax Rainmen Team Lead of Sales: “Definitely Pittsburgh.  It’s going to be 24-20, Pittsburgh over Green Bay.”
Vince Williams, Sportstream.ca Rainmen Colour Analyst:  “The Falcons 45-24, I wish! The Pack will get it done 24-21, the Rodgers and D-drive show.  The Pack defense will get to Big Ben! But don’t forget the Falcons, go MATTY ICE – 2011.  YES!”

There you have it…we’re split down the middle between the Packers and Steelers with the Dayton Triangles, Dallas Cowboys and Miami Dolphins with the slim chance to pull out a miracle.  We’ll see after Sunday night, which one of these hoop heads know their football.  A huge thanks to Jillian Blackman for compiling the Rainmen player/front office responses.

The Halifax Rainmen Community's Serious and Not So Serious Superbowl Picks
https://haligonia.ca/the-halifax-rainmen-communitys-serious-and-not-so-serious-superbowl-picks-32682/