The corner of Robie and South Street is now the well-known location of the IWK Children’s Hospital. Haligonians are so familiar with this site they rarely pay much attention to the building as they drive by. Wind back the clock to almost exactly 132 years ago to this week, and you would have a hard time ignoring this site. 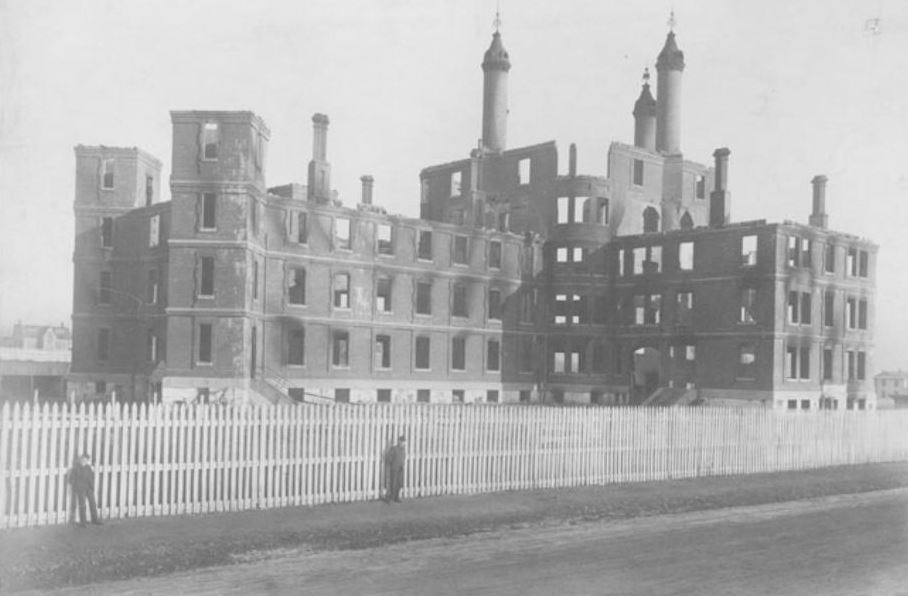 This creepy structure looks like opposite of the IWK Children’s Hospital in about every possible way.

This eye sore is what was left of the Poors’ Asylum just days after a tragic fire in November of 1882.Thirty-one people were killed in this fire.

It was originally built in 1868-1869 and lasted 14 years as the second largest building in Nova Scotia. After the fire, a new Poor Asylum was build almost immediately, and was functioning by 1886. 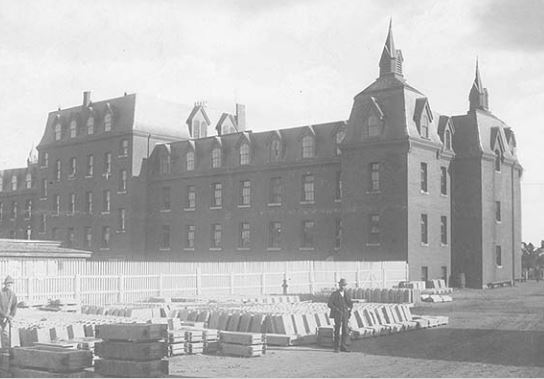 The new Poor Asylum had ‘inmates’ employed to work on revenue generating activities. This helped off-set expenses and brought “a sense of contribution” for the incarcerated citizens. In the photo above, you can see concrete sewer blocks produced by inmates in 1899. The new Poor Asylum lasted significantly longer than its predecessor, and wasn’t demolished until 1972!

Next time you take a stroll by the corner of Robie & South, take a second look to think what this area once represented.

The Harsh Halifax History of the Corner of Robie & South
https://haligonia.ca/the-harsh-halifax-history-of-the-corner-of-robie-south-99495/