The Halifax Explosion happened when the fully-loaded SS Mont-Blanc collided with the SS Imo in the Halifax Harbour, right between where the two bridges are today. 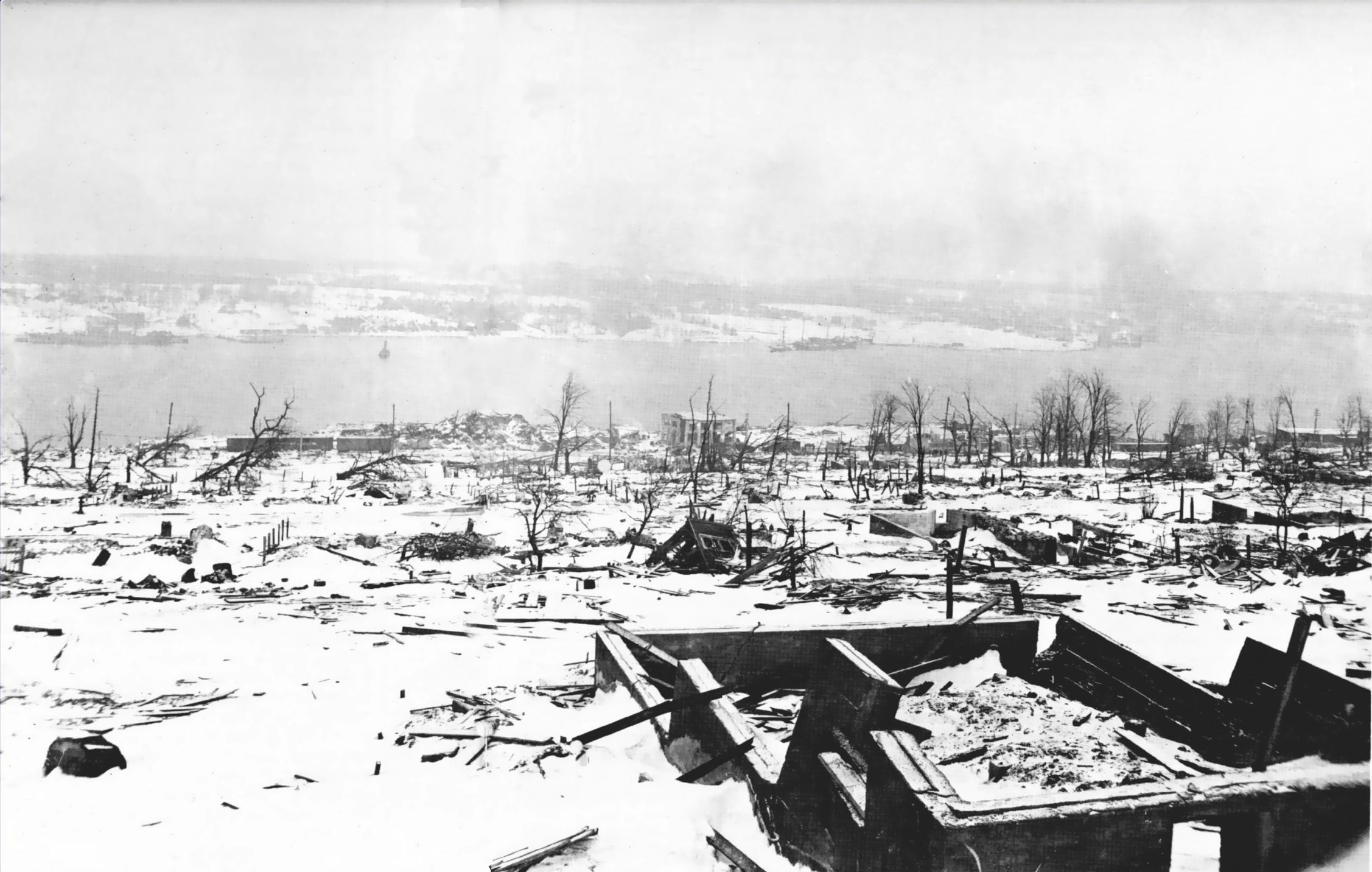 A desolate view of the harbour, after the two ships collided

Just about everything within a half-mile radius of the explosion was totally destroyed, and a resulting tsunami washed away an entire Mi’kmaq community at Tuft’s Cove.

The Mont-Blanc’s 90mm gun was launched into the air and landed near Albro Lake Rd. in Dartmouth, while her anchor was found on the other side of the harbour near the Armdale Rotary.

The blast was heard and felt by people in Cape Breton and Prince Edward Island, and was an absolute tragedy to say the least.

A piece of history discovered

Just last week, a massive 2000-lb. anchor was found at the bottom of the harbour after being buried underwater for nearly 100 years. The anchor belonged to HMCS Niobe, which had been damaged in the 1917 explosion.

The Halifax Explosion was the biggest man-made blast (before nukes)
https://haligonia.ca/the-halifax-explosion-was-the-biggest-man-made-blast-before-nukes-99498/