It has been at least 20 years since I last found Lego under the Christmas tree. I am pleased to report that the giddy excitement that happens when you are handed a wrapped box with that tell tale rattle of plastic bricks is still present. 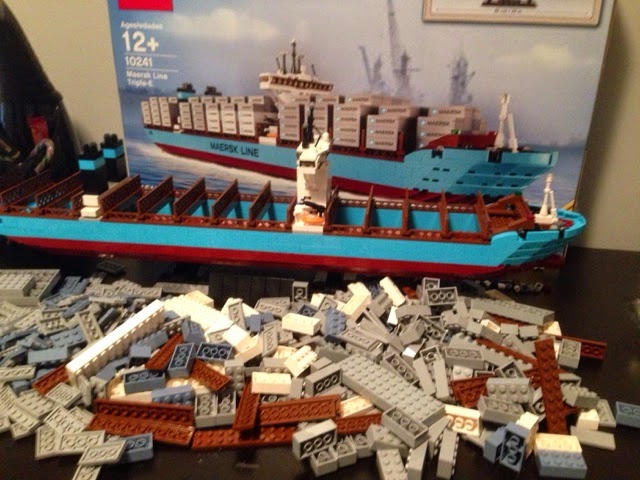 This Lego kit is consistently sold out. at 1518 Pieces, there is at least 6 hours of build time no including sticking all the containers. (Above)Ship Built Minus Container stacks. (Below) Finished per kit instructions. I used a more random stack pattern on the containers, and did not fully load the vessel. 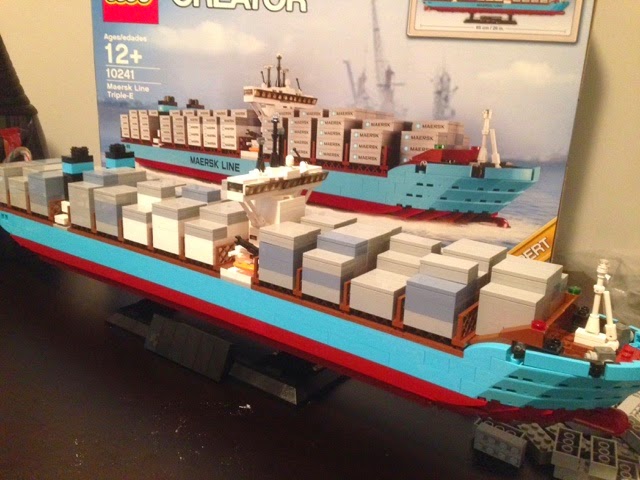 Having finished building the kit, I decided to see what i could create. By moving the superstructre back just forward of the funnels, i was able to turn the ship into a Post-Panamax Configuration. 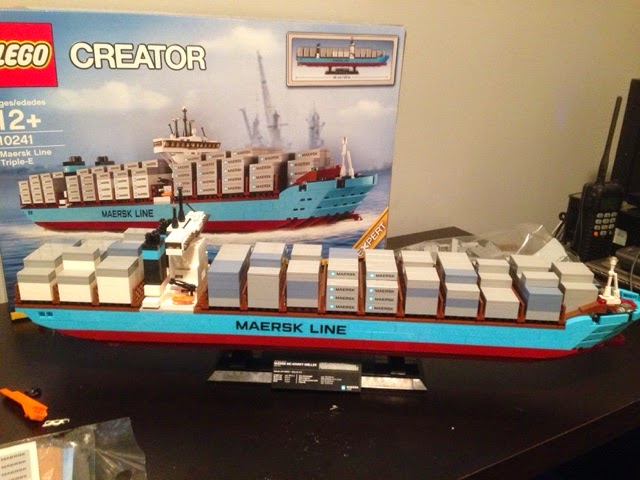 The superstructure contains bulkheads within the hull. I left those where they were, and was able to fill one of the below deck hods with containers. this allowed for dispaly with an empty Cell. 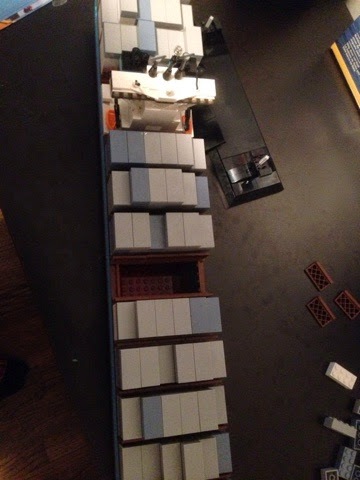 The other experiment i tried was replacing some of the Maersk coloured bricks with regular lego bricks.  this worked, though i wasn’t pleased with the look fully. I note that someone is selling aftermarket non Maersk brand Container markings on ebay – http://m.ebay.com/itm/LEGO-Custom-Stickers-for-10241-Maersk-Triple-E-Container-Ship-Intermodal-/281273366709 By Extension, if a normal container is a 8 bump brick, 20′ containers could be done with 4 bump bricks…