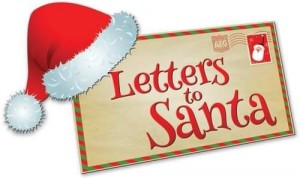 The Light Up Bedford Parade is a volunteer committee that organizes an annual festive parade in Bedford. The parade is now in its 20th year and has become a special tradition to many families in Bedford and surrounding communities.

The major purpose of the Light Up Bedford Parade is to bring the community together for a festive evening to jumpstart the holidays and raise money for a charitable organization.

This year we are partnering with the Bedford Lions Club and Q104 to raise money and collect unwrapped toys along the parade route for the Q104 toy drive and Beacon House.

Everyone located in the area is encouraged to enter the parade whether a small business, large business or community group. The main requirement is that the entry (including walkers) are brightly lit!

Also: Firefighters will be along the parade route collecting your letters to Santa ?

The Light Up Bedford Parade is coming soon!
https://haligonia.ca/the-light-up-bedford-parade-is-coming-soon-251590/