I can’t count the number of times I watched the original Lion King with my little sister when it came out I 1994. We sang the songs, hid under the covers when the scary parts came on and laughed til our bellies hurt at Timon and Pumbaa. At just a few years old Alison didn’t quite get all the jokes, but she laughed along with her big sister. 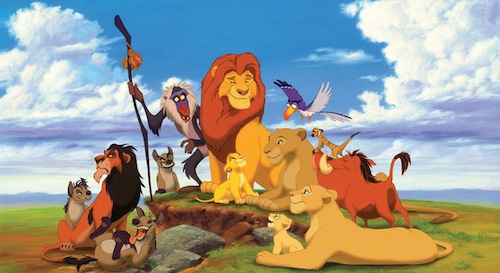 Like many, Timon and Pumbaa were our favorite characters! 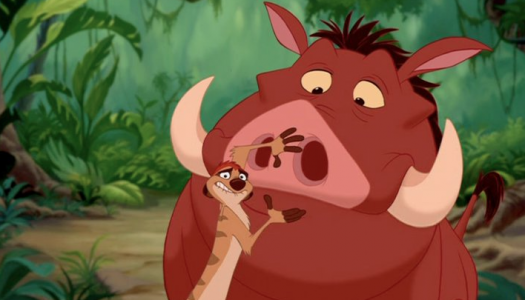 Fast forward some years later {okay, 17 years later} and my own children are laughing along with me when we watch The Lion King! Fast forward even further and here I found myself invited to LA on a mom blogging event to learn all the behind the scenes and ins and out of how the very talented Disney team turned a wonderful family film into a modern 3D experience. 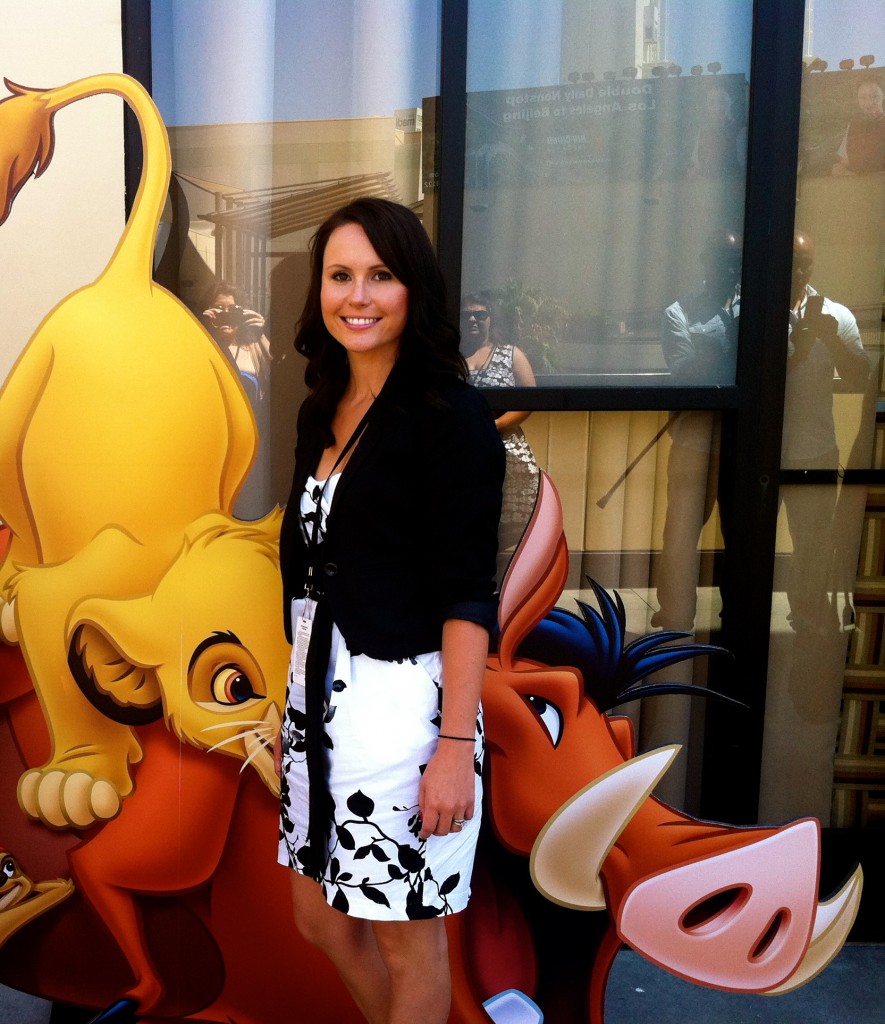 Leading up to the World Premier of The Lion King at the El Capitan Theatre in Hollywood {the theater where all the Hollywood movie premiers take place!}, Disney introduced me to the producers, the animators, the famous voices of the characters and I even took an African dance class with Nzingha Camara from the Debbie Allen Dance Academy!

Here we are learning about the in depth process of taking a classic film and turning it into 3D. {I’m front, right and eager to learn!} 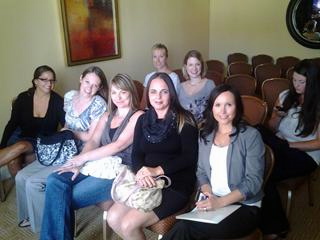 And of course there was lots of sightseeing and shopping to be had with Tenille from Feisty, Frugal and Fabulous in between blog work! 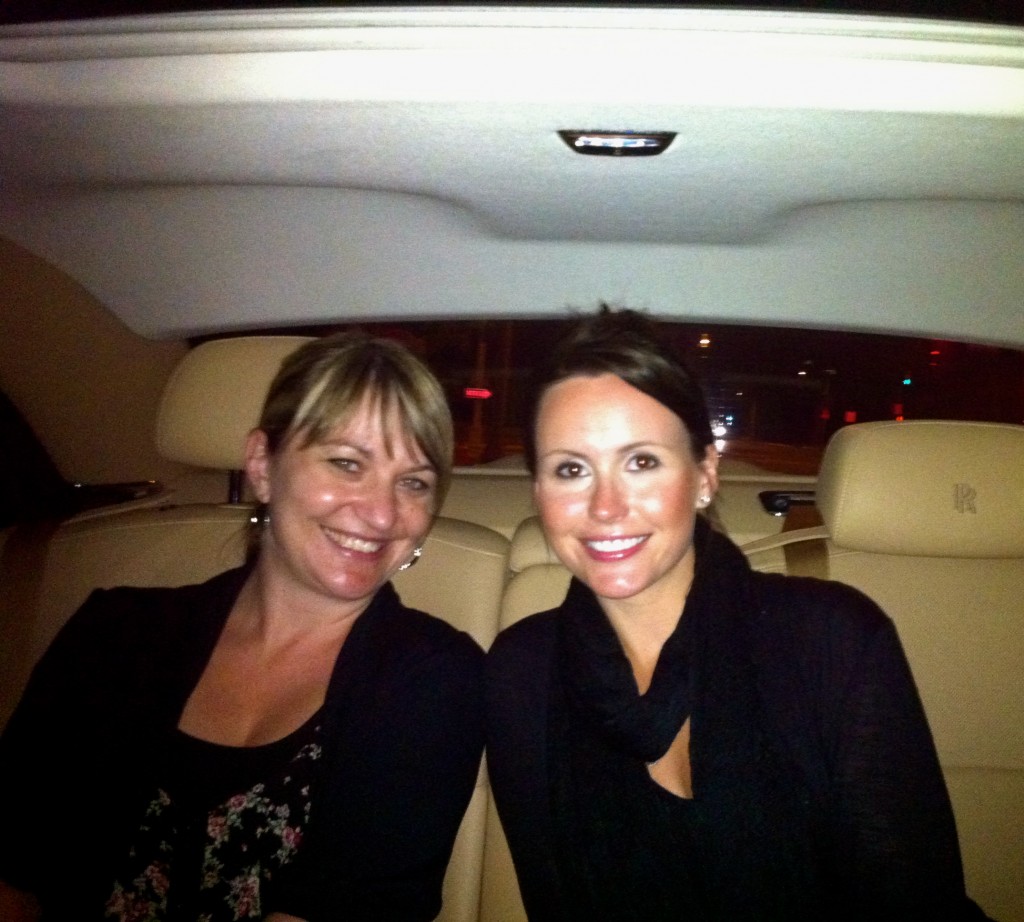 The Lion King producer, Don Hahn {below} along with the voice of young Nala, Niketa Calame shared with us what the process of creating the Lion King was and how difficult of a time they had trying to get everyone on board with this {now} timeless classic film. After 4 years in the making it became one of the most loved animated family movies of all time. 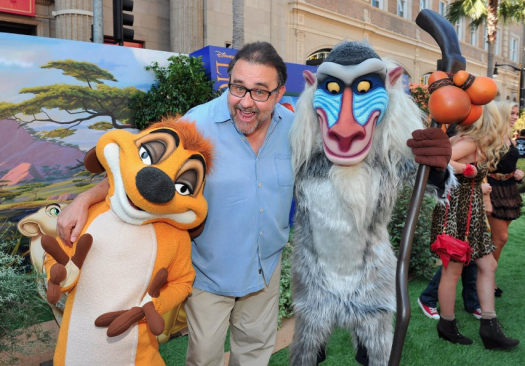 Finally the time came for the Red Carpet movie premier in Hollywood – here’s a quick video with a few interviews courtesy of E! News to give you an idea of what being a part of this event looked like from the red carpet – which was green grass. We were at The Lion King afterall 🙂

We hurried into the theater with popcorn and 3D glasses in hand and couldn’t wait to see The Lion King 3D for the very first time. Sitting alongside celebrities was quite the experience – Stefanie Scott, Disney actress and voice on Special Agent OSO was sitting right in front of me! Antonio Sabato Jr {swoon}, Adam Sandler {!!!}, Ali Landry and so many more!  Moms and dads just like us having an afternoon at the movies connecting with their children.

When the movie began, I instantly welled up. The music hit me right in the chest and it immediately brought me back to my childhood. The magical thing about Disney is that you can connect with their stories in so many ways and on so many levels! During some scenes I sat there feeling like I was 11 all over again, then by the next scene my heart strings were being pulled and I was weeping at the beautiful relationship developing between a father and son. The lessons that Mufasa was teaching young Simba were words that I’ve heard my own husband gently teach our boys. 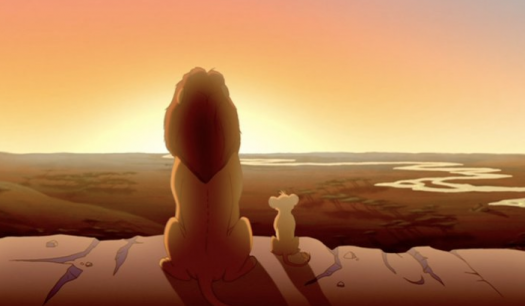 Prior to seeing the movie for the first time at the premier, I was a little worried that the 3D animation would “ruin it” as many people say 3D just doesn’t work for classics. But the difference with Disney is that they have such incredibly skilled artists that spent hundreds of hours perfecting each and every tiny aspect of the film. Butterflies came to life and danced within inches of my reach and I ran alongside the wildebeests in the canyon with dust in my eyes. Or so it seemed! The colors were vivid, but not overdone and the music was perfect. 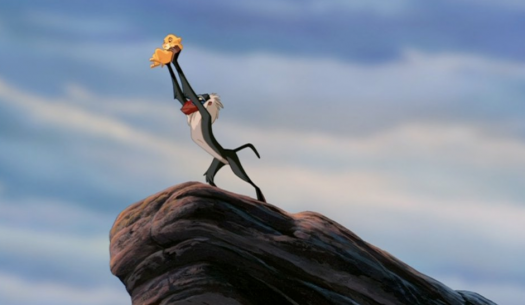 My husband will be taking our oldest who will be 4 to see The Lion King this weekend,  It’ll be a wonderful movie for them to enjoy together.  Have you seen the trailer yet?

Are you planning on taking your children to see it?? It’s only in theaters for 2 weeks starting September 16th and available on Blu-ray 3D & Blu-ray Hi-Def Combo Packs October 4th.

Disney thank you for this once in a lifetime experience to not only see the world premier in Hollywood, but also for taking us behind the scenes and allowing us to meet the talented team behind this beautiful film. It was an honor to be a part of it!

the lion king 3d: a must-see this weekend! …and my trip to los angeles
https://haligonia.ca/the-lion-king-3d-a-must-see-this-weekend-and-my-trip-to-los-angeles-43429/