A “trope” is a common theme used in storytelling. Many tropes span genres (think Romeo and Juliet as ‘star-crossed lovers’), while others are highly specific (think Batman as ‘vigilante justice’). Tropes guide readers through the story, and can be used by authors to trim their prose; we recognize tropes in our fiction and our culture.

Now, fantasy readers know that there are dozens of ‘magics’ in legend and fiction. Each type works in a similar vein as another, but they are not the same. A sorcerer is not a wizard, a druid is not a shaman, and an elementalist is not an illusionist. A Hermetic or an Alchemist might not call themselves magicians at all…yet they all fall under the concept of ‘magic’, slave to magic tropes.

This seemed to be the main crux of Lev Grossman’s 2009 novel The Magicians. Quentin Coldwater is a jaded, teenage genius who, like in many classic children’s fantasy novel, suddenly discovers magic. It is real, and he is overjoyed.

Quickly, his joy runs cold. Our unimpressed teenage hero is a jaded genius. He witnesses the world of magic with strange acceptance and bitter pessimism. Even a fantasy reality doesn’t live up to his expectations.

Part of the delight of this novel is the scavenger hunt for tropes and allusions. Grossman weaves a story that blends many, many magic types. But more impressively, he wields their tropes with subtle sarcastic and a mature sense of the fantasy genre.

The types of magics described are too numerous to name, and are best experienced through the novel’s prose. But, among the stories/tropes I think I noted were: 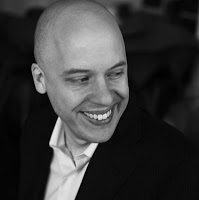 The Chronicles of Narnia
Walt Disney
Peter Pan
Dungeons and Dragons
The Lord of the Rings
Alice in Wonderland
Wizard of Oz
Harry Potter
H.P. Lovecraft

Ironically, I would not recommend this for young readers; to tell the ‘reality’ of magic, Grossman sometimes lives up to his name. Gross, man.

The Magicians by Lev Grossman
https://haligonia.ca/the-magicians-by-lev-grossman-14711/