It’s always wonderful to get a different perspective on the world of writing. I was chatting with one of my co-workers this week and he mentioned a bit of news from the world of comics. Here’s a post from guest blogger Eric. 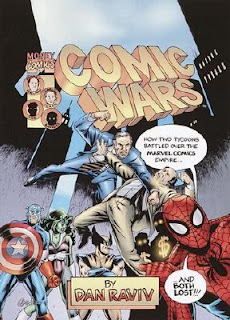 One of comic books’ top publishers, Marvel Comics, has recently been purchased by Disney Productions. Disney made headlines back in 1995 when they merged with ABC Television. Many voiced concern over such media conglomerations, like as AOL/Time/Warner, and their concentrated power. These concerns are being voiced once again.

Fans of superheroes and/or fairy princesses are also nervous. What will happen to the beloved characters? Will this change future films, books, and merchandising? Will Spider-Man and Mickey Mouse team-up? Are Howard the Duck and Donald Duck secretly related?

Neither company has had much to say on either subject. Neither company knows exactly how they will work together, or what this means for their characters. But for perspective, try some of these titles. 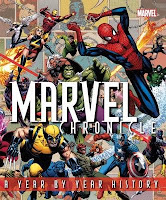 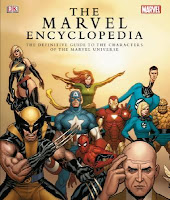 The DC Comics encyclopedia : the definitive guide to the characters of the DC universe

The art of Walt Disney : from Mickey Mouse to the Magic Kingdoms by Christopher Finch

Team Rodent: how Disney devours the world by Carl Hiaasen

The MARVELous World of Disney
https://haligonia.ca/the-marvelous-world-of-disney-5408/