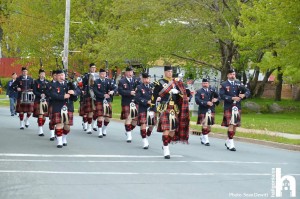 You hear them before you see them, and the Halifax Fire Rescue and Emergency “Union Fire Club Pipes and Drums Band” marches with pride and purpose as they entertain the crowds with enthusiasm. 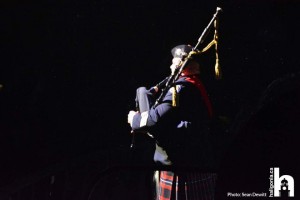 Originally founded in 2006 with about 6 original members, the idea was to bring a group together who would be able to attend fire related functions and strongly show a unique way of commitment and pride to their fellow firefighters through the aptly appropriate for Nova Scotia bagpipes and drums. 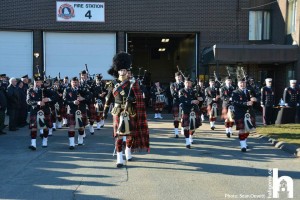 The idea of firefighters representing firefighters in this way was so strong that giving up was not an option for founding members.  The name itself “Union Club Pipes and Bands” is actually a tribute to the original firefighters of Halifax, dating back to the founding days of the city. 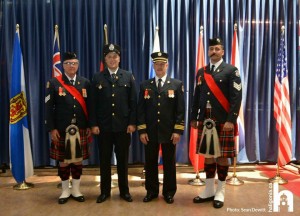 However, starting the band with so few members seemed to be a difficult ordeal.  Eventually, through word of mouth, more members took interest.  It was also decided that if civilians were also interested in joining the pipe club, they could. 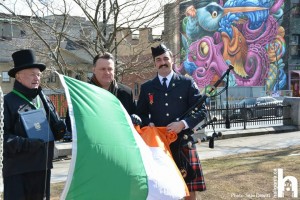 This opened the door to new growth, and again through word of mouth, members were found and the band grew, with one member even being discovered through Busking in downtown Halifax. 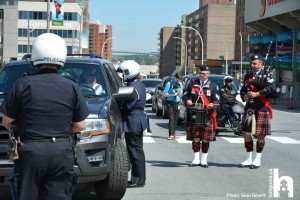 Experience with the members varied widely, and still does.  However, members with more experience took up the responsibility of teaching and helping willing participants. Through constant training and practice, the band has grown to be a now world recognized force. 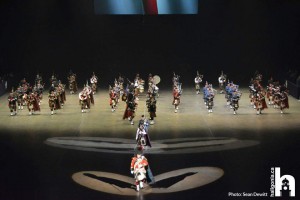 As seen in public events, the band sports officially licensed tartans with an interesting twist.  Their tartans represent the colours of the HRFE logo, making it a very personal and appropriate tartan for the current 27 members of the band as both civilian and firefighters. 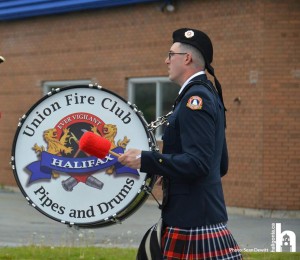 As word of mouth continued of the band, opporotunities began to come in.  Playing for a wide variety of city-related events, the fire band began to find themselves participating in parades, such as Natal Day and St. Patrick’s Day, and others.  Memorials, such as the ceremony for the Halifax Explosion in December, see the band play solemn tribute to the fateful day that changed the face of Halifax through such tragedy. Truly fitting, the Union Band pays tribute to the fallen firefighters from the Explosion. 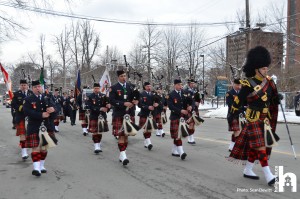 Recently, the band was showcased in their first Nova Scotia Tattoo.  Intense training and practice played on the band, however if you saw the Tattoo this year, you know that it all paid off.  Performing with various local pipe bands and many big segments with acts, tributes and memorials from across the globe, the Union Band held their own and truly put on an incredible show. 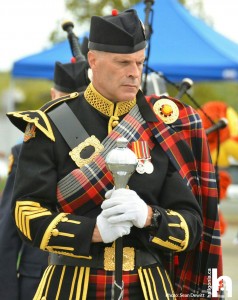 They were part of several truly touching memorials for Halifax, including the Explosion and for Canadians through a tribute to the anniversary of the Battle of Vimy Ridge.

They have taken part in many more events, including ceremonies for military veterans, city and cultural,  and more. 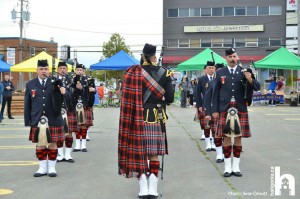 The Union Band have many more events coming up, with another first for the band.  Leaving in November for a very special event, the Union Band will represent Nova Scotia in Boston this year with the lighting of the Christmas Tree; a symbolic and historical gesture of thanks for help and aide provided from Boston after the Halifax Explosion.  And with the relationship between the cities, the Boston fire department will be sending a band to Halifax in December as we remember the Halifax Explosion. 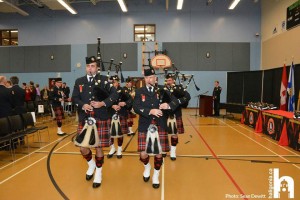 Another upcoming event, which the Union Band say they are truly honoured to be included in, includes the Firefighter Memorial ceremony in September where they will be in Ottawa to pay respects to fallen firefighters. A thank you to current and future firefighters during the first official Firefighters’ National Memorial Day. 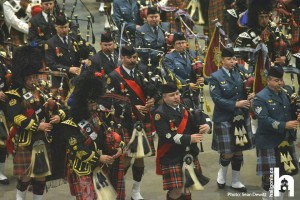 The members of the Union Pipes and Drums say they are truly humbled and honoured to represent firefighters, the city of Halifax, and the province of Nova Scotia through their music and performances.  Their hard work and dedication to press on keeps them fired up as new opportunities arise, and they continue with events they have taken part in.  They truly appreciate the support and compliments they receive as they press on, and that keeps them going. 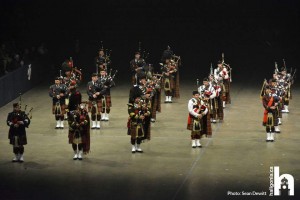