Ashley King takes a look at the decline of one of Halifax’s busiest business districts.
Be sure to check out part two of the series, here. 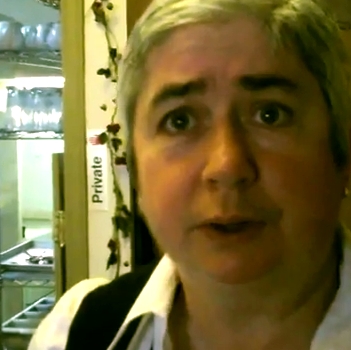 In 2004, the Barrington Street Heritage District Revitalization Plan was released. Later in 2009, The Downtown Halifax Secondary Municipal Planning Strategy was released.  In 2010 Mayor Peter Kelly gave us the exciting news that $900,000 in funding had been approved for Barrington Street. So why are local people and businesses so disheartened with the state of Barrington Street? Who is accountable? Haligonia.ca is beginning a journey to find out who, what and why.

It’s easy to moan and rant so lets get that out of the way. As it stands, Barrington Street is an eyesore to the visiting tourist.  Anything other than brilliant sunshine creates a visual depression.  Small independent businesses have had to close their doors and seek other premises.  Is the city to frightened to change the look?  Why are landlords being allowed to raise rents to extreme levels or purchase properties and leave the buildings empty?  What is the effectiveness of the Downtown Halifax Business Commission? Whatever the core defining reason is one thing is for sure.  The people and businesses that still exist along the street all agree on one thing.  Barrington Street is underselling it’s potential and the city doesn’t seem to care.

Fireworks Gallery, A successful jewelry shop established in 1977 that has seen three recessions, comments that Barrington Street doesn’t look as bad as it was at it’s worst moments, but it’s buildings are dated from the 1870’s to the 1970’s.  They say that landmarks should be honored but nothing has progressed and the street is in a state of constipation.

I chatted with the co-owner of Elephants Eye, Brenda Critch and in her video interview she is not shy about stating who she thinks should be held accountable for the state Barrington is in.

The manager of Random Play CD and Record Exchange mentiones the same problems. He feels brow beaten by the situation and deflated about anything ever being done about it.

Tomorrow we’ll talk to Erika LeBlanc, manager of Just Us! Coffee House on Barrington Street.  We’ll find out how she is joining forces with other independent retail stores in order to help revitalize the area.

Plans, Strategies and Spending since 2004 in more detail:

In December of 2004 the goals and objectives of the Barrington Street Heritage District
Revitalization Plan were released.

In 2009 *The Downtown Halifax Secondary Municipal Planning Strategy  was released. Over 72 pages of ‘The Vision’ .

“It’s encouraging to see opportunities to revitalize Barrington Street as a focus of retail, commercial and cultural activity,” says Mayor Peter Kelly. “This funding is essential to making the aesthetic enhancements that are so vitally important to the image of the district and the attractiveness of the street.”

The funding was awarded to the first three renovation projects to apply under the new Barrington Street Heritage District Incentives Program. The total estimated financial incentives, including grants, tax credits and fee waivers for those projects are as follows:

We hope these grant approvals will restore confidence in property owners and provide them with the incentive to invest in the rehabilitation and enhancement of the Barrington Heritage District,” says ***Andy Fillmore, HRM’s Urban Design Project Manager. “This work marks the beginning of the long awaited Barrington Street revival, affirming it as a unique destination in the Region, the Province and beyond.”