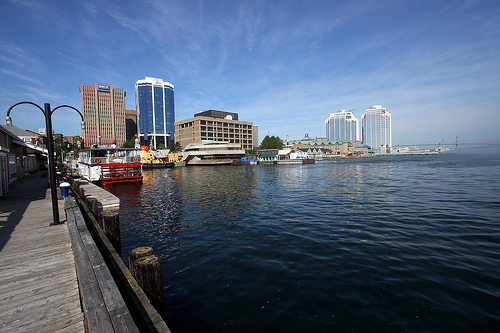 HRM City Council, Halifax Harbour and the sewage treatment plant have long been a contentious triumvirate. Money — a lot of money — was spent in the design and construction of the new facility intended to clean up the gallons of waste emptied into the harbour each day. So, when the shine wore off almost immediately and the new plant broke in January 2009 right after it opened, taxpayers wanted answers.

As part of a new campaign promoted by City Council in an effort at transparency, Mayor Peter Kelly declared last week 'Right To Know Week' which, to quote the official proclamation, "…provides for the disclosure of government information and grants citizens the right of access to information in the custody or control of the Halifax Regional Municipality."

However, The Coast is reporting that in reality, this is not the case. In an attempt to request public access to the forensic audit conducted by Council into the failure of the sewage treatment plant, the news outlet was denied access by the Mayor's Office stating a legal matter requires the document remain confidential. What are your thoughts as taxpayers? Is this a legitimate hold-back or selective disclosure?

The Right to Know What's In Your Water
https://haligonia.ca/the-right-to-know-whats-in-your-water-44720/